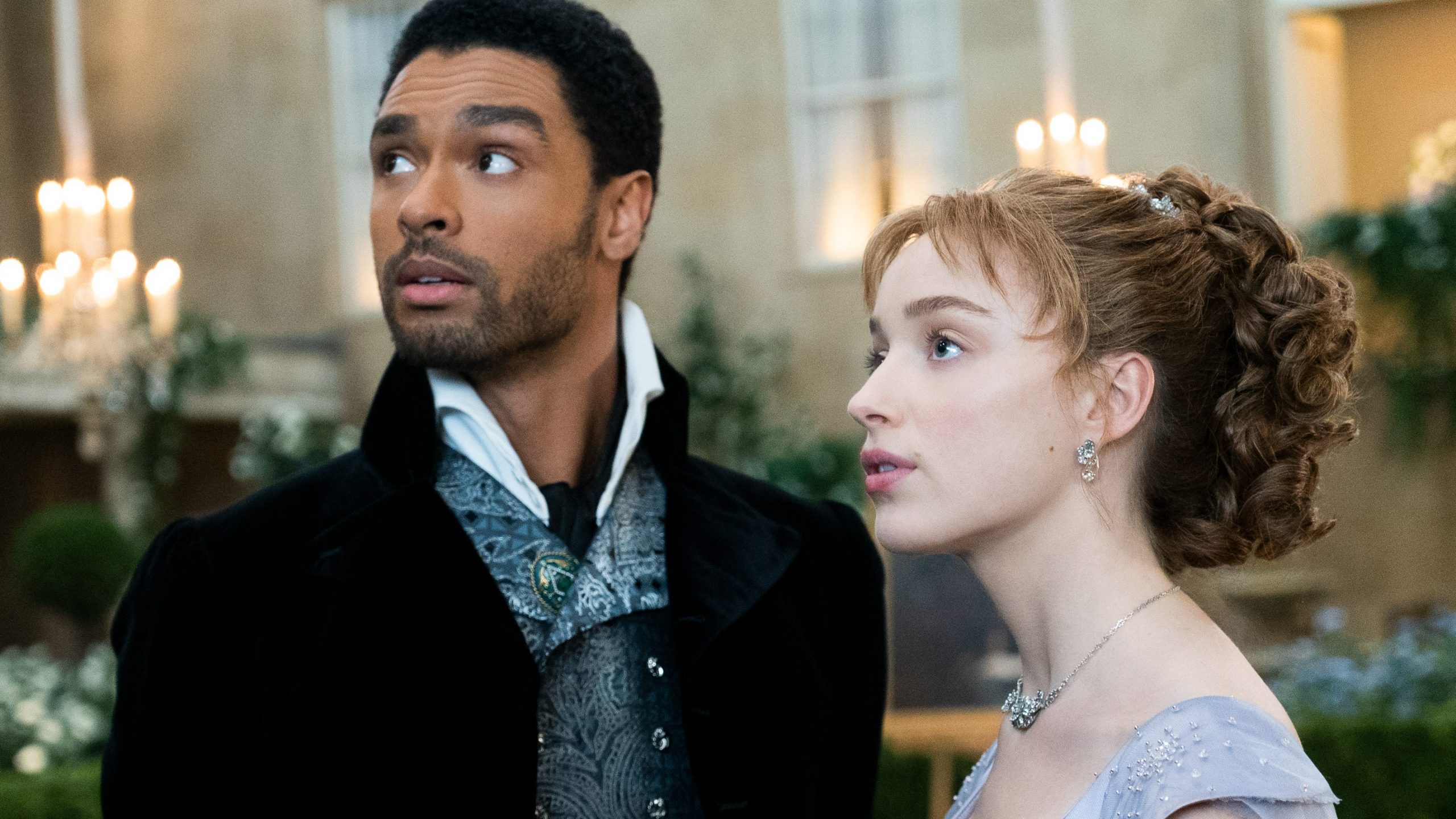 Stars from the period drama Bridgeton thanked their fans after Netflix revealed that the show had become its biggest drama ever.
The streaming giant- Netflix stated that around 82 million households around the globe tuned onto the show within 28 days of its streaming. The record has surpassed, the firm’s own prediction.
The period drama hit the spot of number one in a total of 83 countries. The countries included the US, India, France, Brazil, and the UK.
Phoebe Dyenvor, a star cast in Bridgerton, describes the news as insane.

The 25-year-old actor playing the role of Daphne Bridgerton stated on Instagram that he is so proud of the incredible team behind the epic show! He also thanked the audience for loving it.
Regé-Jean Page also celebrated the news over his official Twitter account. Jean Page is performing the role of the love interest of Duke of Hastings. His character has won him fans around the globe. The fans celebrated the colourful outfits of the Bridgerton’s wisteria-fronted homes and engaging storylines on a global level.

Netflix adapted the show from a series of historical romance novels Bridgerton by author Julia Quinn. In addition, the drama follows members of the Bridgerton family, as they navigate London’s high society in the 1800s.
But it was Page and Dyneor’s depiction of Duke and Duchess’s agitated relationship that catapult them to fame. While these made the people smile with happiness, the lewd sex scenes raised a few eyebrows.

The director of the series is praised as well. Shonda Rhimes has been praised for her colour-blind casting. Shonda has put coloured actors in the type of historical roles that were originally played by white people.
The show was designed for today’s millennials Gen Z audiences and has been described as a Regency-era Gossip Girl.
Netflix measures a view as any piece of content watched for at least two minutes.

Additionally, Netflix has added that Bridgerton had been in the top ten of every country it runs in except in Japan. Moreover, because of this, it drove the books it is based on into NewYork Times Bestseller. The series came in the list for the very first time.

The previous record of most-watched debut series on the platform, Netflix was held by the fantasy drama The Witcher. Which, according to Netflix stated, was watched by 76 million households worldwide in its first 28 days.
Jimmy Howe, said Bridgerton defies traditions and demonstrates that period dramas are not limited to scope or audience. Jimmy is the vice president of Netflix.
“The empowerment of people of colour and women made Bridgerton feel accessible and contemporary. It also resonated with the audience all around the world,” she added.

Why Yung Gecko Will Always Be An Independent Artist

A Dawn of New Musical Tunes in Singapore, Thanks to Its21Master