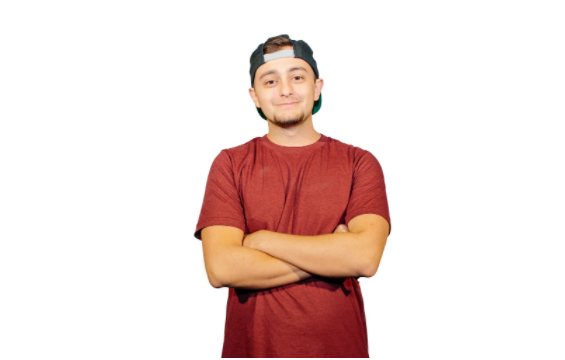 In recent years, the rapid advancement of technology has led to meteorological growth in the global gaming industry. Whether on personal computers or mobile phones, gaming has become a force to be reckoned with throughout the world. In North America alone, the gaming industry has become more prominent than the movie and sports industries combined. Due to the onset of the pandemic, a massive portion of the worldwide population has turned to gaming as their primary form of entertainment. The rise of the gaming industry has also led to an increase in players streaming their games online. However, not many are successful at gaining a consistent network of streaming audiences. For rising streamer Smush, the journey has been challenging but highly successful today.

Mohamad “Smush” Masri is a professional full-time streamer and developer. Born in Syria, his family moved to the United States early in his childhood in search of a better life. As he grew up, playing video games was his main form of entertainment with friends. In high school, Mohamad worked 9-to-5 jobs for four years to pay his bills. He had hopes of finishing his college degree, but his financial status did not permit him to do so. Eventually, he found himself dropping out.

Smush began his journey in streaming on Facebook. In the beginning, he may have encountered several bumps and challenges along the way, but only one year into the game streaming scene, he managed to land a partnership with Facebook Gaming. Today, he has amassed a solid community of over 114,000 followers, allowing him to do game streaming as a full-time job. Throughout his rise as a streamer, he also took the time to learn more about game development. He learned to develop FiveM coding and successfully created a game server with over 3,000 players.

As a streamer, Smush goes beyond gaming. His vision revolves around creating and maintaining a healthy community of game enthusiasts and gaming aspirants who turn to games for positivity. He goes out of his way to personally connect and engage with his audience in a unique way. “They watch my stream and enjoy the content while chatting with friends and forgetting about the sad things in their day,” shares Mohamad. He continues to say, “My community gets along with each other well. They have become a family that talks in the chat, and they are from all over the world.”

On top of entertaining his audience through his live streams, Smush also strives to inspire people to explore the content creation industry and chase after their passion for gaming. Admittedly, he was once part of various streaming audiences, watching his favorite gamers play live. For Smush, this experience fueled his passion for gaming and served as his inspiration to reach the pinnacle of success where he stands today. He now takes on the responsibility to do the same for others, helping them create their version of success.

To know more about Smush and his incredible gaming streams, please visit his official Facebook page.

“You never really discover who you are or what you are made of until you have left your comfort zone.” – Alexis Parcells