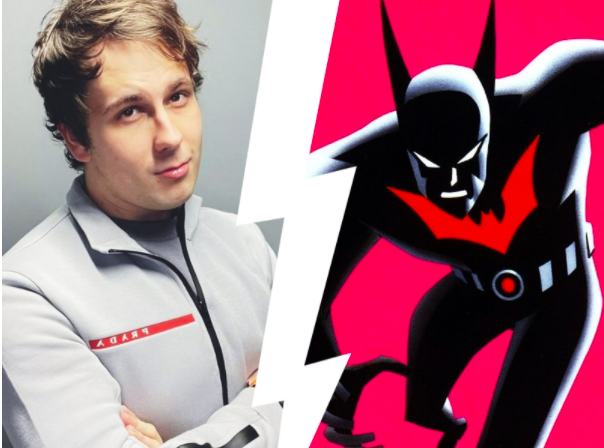 Nowadays our world can be summarized into comic book lore, first we had the Iron Man, Elon Musk and then we had, what most people jokingly referred to as, Jeff Bezos as Lex Luthor and as it appears a Batman is being added to the fold, literally, Terry McGinnis, as described in a recent Flaunt article, Terry shares the same name as the main protagonist of Warner Bro’s infamous cartoon series, Batman Beyond, where young Terry takes over the mantle of Batman from an aged Bruce Wayne. Not surprisingly it appears that the protagonist, Terry McGinnis of Batman Beyond himself was named after Terry McGinnis, the producer and entrepreneur hailing from Malibu, is life imitating art, or vice versa?

The young entrepreneur, also a producer having worked and still working with some of the biggest production studios in Los Angeles, both as a producer and as a marketing lead to help put people in cinema seats and sell DVD copies of said movies via his previous company Veriaty, led by notorious businessman, Robin Vauvelle, which had also provided funding to several studios to transform screenplays into big screen attractions, has now launched his own venture to go head to head with the likes of Amazon and eBay in Britain.

In an article by Harrogate Advertiser, McGinnis is quoted as saying:

“This is the first step in our long process of taking the UK-wide market by storm, and ensuring we uplift the UK economy. We aim to run this as a proper, sustainable business and reach UK unicorn status in the next five years, not a run-of-the-mill passion project or start-up.”

The new company was originally formed by Terry McGinnis and Joe Todd with investment coming from, aforementioned, British businessman Robin Vauvelle and Hollywood’s A-list, who himself is also no stranger to financing movies and using the aforementioned Veriaty to provide marketing and financing services to studios across Hollywood. The company first aimed to compete with Shopify and likes of BigCommerce before shifting to a marketplace only model in late fall.

Terry who also proudly presents himself as an ambassador of Only One on his official website seems to be focused entirely on providing sustainable tech and protecting the environment, alongside stars such as Leonardo DiCaprio and Joaquin Phoenix. He also lists extensive experience record on his professional resume on the professional networking website, LinkedIn to add to his accolades, listing some of the world’s biggest brands as previous clients who seem to be supportive of the new sustainable technology initiative.

The company Online Shop has reportedly seen significant emergence in the British market in just the last several months since its launch, with an unlimited cheque book size from investors, and the ability to attract some of the world’s biggest brands to list goods exclusively, with fulfilment center spanning 20,000 square feet in heart of Britain, it appears there is no stopping McGinnis and his company in becoming Britain’s largest ecommerce brand. Let’s just hope that with the newly found success he won’t imitate his cartoon doppelganger in fighting the Jokerz on the streets of London, or his home of Malibu.