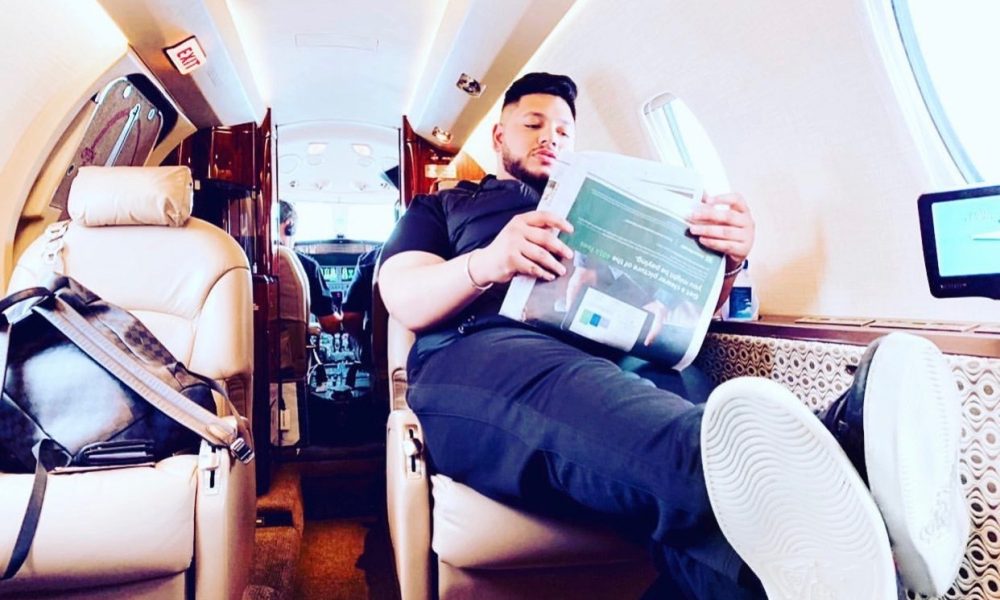 Many people want to get rich or even find a way to get along better financially than they are currently. So many people fail to achieve success because they are looking for wealth in the wrong places. The thousands of dollars you are missing annually are most assuredly not under your couch cushions, but they may still be in the couch itself, that is if you purchased it with a credit card. Shawn Sharma, a multi-talented entrepreneur, social influencer, and financial literacy advocate, has created ingenious ways to improve your credit, help you build wealth, and the best part? It involves things you already do daily, such as shopping and traveling.

Shawn was not born with a silver spoon in his mouth like some millionaire influencers. Quite the contrary, he is the son of highly educated immigrant parents who could not convert their education into comparable jobs in the US through a series of challenging circumstances and obligations. This resulted in poverty for Shawn’s family, but the thing that remained was the American dream. As a result, Shawn became ferociously determined to discover success, wealth, and fulfillment through hard work, education, and creativity. Starting with a scholarship to an elite boarding school, Shawn graduated from Cornell University and was eventually accepted to medical school. While in college, he discovered the highly-profitable benefits of credit card arbitrage, where he transformed a monthly income of $2,000-$3,000 into the same amount daily. Creating Credit 101, Shawn devised a plan to help empower others to leverage their own credit and have the same opportunities he did for wealth and success.

Credit 101 helps thousands of people to legally take advantage of credit cards and travel offers, such as bonuses, rewards, cash-back, and more. Shawn shows clients how to improve their credit scores and access lines of credit to fund businesses, explaining that the best part of his success comes from creating equal opportunities for everyone interested in meeting their financial goals. “I started Credit 101 with the idea of wanting to empower others to be able to leverage their own credit and have a chance to live the American dream.”

Shawn’s rise from poverty to social media influencer (over 1 million Instagram followers) proves that anything is possible when a person is willing to educate himself, accept mentorship, and learn from their mistakes. Shawn says that “The reality is that most people do not understand the benefits of utilizing credit cards responsibly, but I show them how to create an extra $2,000-$10,000 annually easily. Those numbers are for a family earning only $40,000 a year, so it’s easy to see those numbers ballooning with higher income.

Shawn has always strived to create healthy work environments for the people beneath him in any of his twenty-plus companies. Through the comprehensive training of one manager, Shawn maximizes company, and individual earnings by allowing that manager to run with the ball. “I train one sales manager, and then give him a 100% responsibility to hire, recruit, train, and build the team below him.” Delegating most of the tasks to one manager allows business owners time to focus on networking, building successful partnerships, and allowing quality managers to generate more company revenue, resulting in higher compensation for themselves.

Shawn offers the following advice to those just starting out in business: “Take initiative and get started because imperfect action is way better than being paralyzed by analysis.” Additionally, he has a no-excuses attitude when it comes to himself and others. Shawn had always placed a high emphasis on continuing his own education and providing courses and tools for his clients. “I’ve spent hundreds of thousands of dollars to learn from the best in the business, whether that was education, seminars, personal coaching, or charity events where I sat next to billionaires.” Shawn never gets caught up in what his competitors are doing, considering his past achievements as his most significant competition.  He says he plans to see Credit 101 reach a nine-figure or higher valuation but is most excited that this translates to millions of people helped by these services. “I want to change the way education is administered in the US and want to focus my energy on improving financial literacy in lower socioeconomic groups and minorities.”

Shawn still cares for his disabled mother today, crediting her as one reason he has the drive and determination that has helped him succeed. He also donates to various charities and inspires people from lower socioeconomic backgrounds to never give up. “Regardless of skin color or income level, we all start out on a level playing field when it comes to our credit,” he says. “My job is to help others become financially literate and see their dreams become a reality, just like I did.”

To follow Shawn and learn more about how you can fix your credit score and maximize your personal wealth, check him out on his website or Instagram .