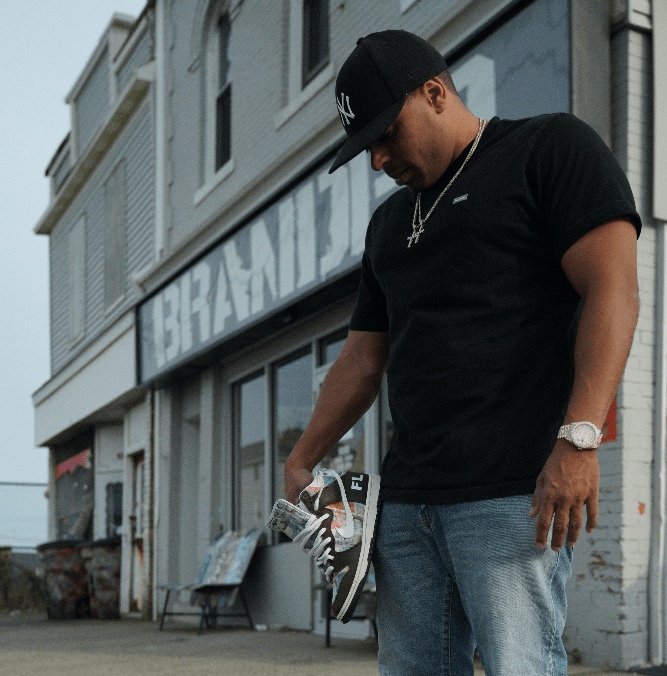 Who is Chris Robinson, known professionally as SBCollector? Unless you are an avid sneaker collector, that’s probably a question you’ll be asking yourself. Well, not for long. While I’m here to tell you about SBCollector’s music, it’s best to start from the beginning. Growing up in New Jersey, Robinson was surrounded by sneakerheads. He developed a taste for footwear, and with his earnings from working at McDonalds as a teenager, started collecting. Just over a decade later, Chris has built up a sneaker empire and has a collection worth well over two million dollars.

Not one to be satisfied with one thing, Chris had been quietly working on music. Honing his skills as a talented producer, making beats that he mostly kept to himself. That is, until recently. Through his work as a shoe collector, SBCollector has cross paths and befriended some of the biggest names in Hip Hop. After sharing his work, the requests to collaborate started pouring in.

SBCollector was happy to work behind the scenes making music, but with some encouragement from his peers, he’s released four of his debut tracks. The songs, Masterpiece, Undercut, In and Out, and Elevate, are an impeccably crafted body of work. Each song glides with kick drums over hard-nosed boom-baps, trap hi-hats, and the comfortable nostalgia of analog synths. Each of his four standalone tracks are themselves worthy of being released as a single, but when listened to in succession a melodic structure that underpins all of them is clear.

SBCollector’s music is streaming on all major platforms.