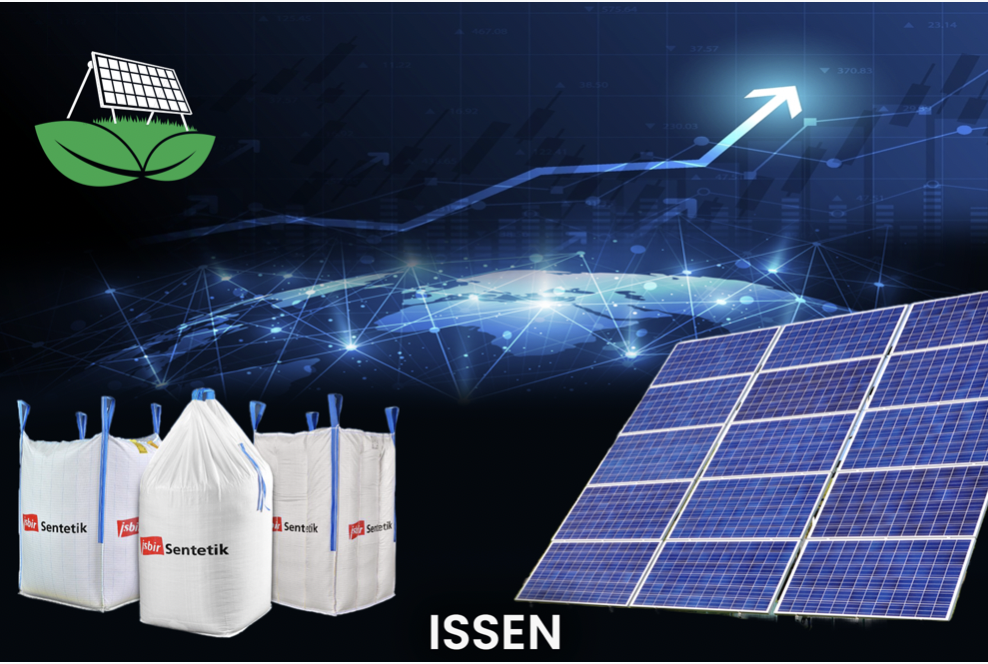 Due to the increasing environmental awareness, especially in European countries, measures are being implemented to limit the use of plastic. The UK has introduced a 30% plastic tax from April 2022. Other European countries will soon implement this taxation policy, respectively.

İŞBİR Sentetik focused on more environmentally friendly packaging production in line with the rising environmental awareness in Europe. Within the framework of the green agreement, studies on the reuse of at least 30% of production residues generated before sales are carried out in the R&D Center. In production, importance is given to the use of materials suitable for recycling.

The major breaks in the supply chains during the pandemic brought Turkey to the fore again for Europe. While the problem-free supply flow came to the fore, Turkey started to take the place of the Far East countries, which only depend on the price advantage.

İşbir Sentetik has gained a permanent place in the portfolios of European and American companies, which were damaged due to the inability to supply from the Far East during the pandemic process. Thus, İşbir Sentetik turned the pandemic into an advantage as European countries turned to new suppliers.

EXPORT TO 40 COUNTRIES ON 4 CONTINENTS!

In addition to increasing its production capacity with new investments, İşbir Sentetik aims to differentiate itself in the market by leaving less carbon footprint with its ‘nature-friendly production’ motto.

Exporting to 40 countries on 4 continents, İşbir Sentetik has a portfolio of European countries, the USA, Asia and Africa. It has become the leading company in the market by making good use of its geographical proximity to the European Union countries, which is its main market, and the advantages of membership in the Customs Union.

İşbir Sentetik has become Europe’s unchanging production partner with its high installed capacity, fast and high-quality production, product diversity, strong staff structure with experience and command of the product and the market, its R&D center and automation developed specifically for Big Bag production.

ONE OF THE WORLD’S BIGGEST BİG BAG MANUFACTURERS!

Breaking new ground in its field, İşbir Sentetik has become one of the largest Big Bag manufacturers in the world.

In addition to its annual production capacity of 60 thousand tons in Turkey, it added the FIBC Big Bag factory opened in India in 2017. The company continues to work in line with its worldwide growth targets.

Aiming to increase its Big Bag sales by 20%, İşbir Sentetik made an investment plan accordingly. Working to increase the capacity of the company’s Big Bag production facility in India, İşbir Sentetik aims to double its current production capacity considering customer demands. In this direction, studies are being carried out to move the facility in India to a different location to a building with a larger indoor area.

DESIGNING AND MANUFACTURING ITS OWN MACHINE!

While playing the leader in the market, İşbir Sentetik sets itself apart from its competitors by designing and manufacturing the machines it needs.

As the leading company of the sector, İşbir Sentetik has determined its growth strategy with a perspective towards the production of products with higher added value. Packaging production requiring high precision is the company’s priority. It aims to grow in the market with more technical products with a technology-intensive production methodology.

İŞBİR ENJOYS THE SUN WHILE THE WORLD SUFFERS FROM THE ENERGY CRISIS!

On the other hand, almost all countries of the world, especially European countries, are experiencing an important energy crisis. According to the International Energy Agency (IEA), we are in the midst of the first global energy crisis. This crisis is bigger and more global than the oil crisis of the 1970s.

The addition of Russia’s occupation of Ukraine to the increasing energy need after the COVID-19 Pandemic process has escalated the energy crisis to the highest level.

The IEA states that there is a global energy crisis that covers all branches of the energy sector, including the oil, natural gas, coal, and electricity markets.

According to the report of the European Union (EU) Energy Regulators Cooperation Agency; Natural gas prices rose 400% from October to April last year. As a result, electricity prices increased by 200%.

The energy crisis and the associated rising prices push countries and companies to seek new ones. The European Union has implemented the gas emergency plan it has prepared for energy saving. The plan envisages that EU countries will voluntarily reduce their gas consumption by 15% by the end of March 2023, compared to the average consumption in the last 5 years.

Many countries, especially England, France, Germany, Belgium, Netherlands, and Denmark, are implementing strict energy measures one after the other.

Experts say that the most important result of the energy crisis is that the importance given to renewable energy will increase rapidly.

In this process, countries and companies that invest in renewable energy, especially in Solar Energy Systems (SES), have gained a great advantage.

While the world is grappling with the energy crisis, İşbir Sentetik, which exports to 40 countries on 4 continents, has started to harvest its investments in renewable energy for many years.

While the leading manufacturers of Europe are brooding over the rising energy prices, İşbir Sentetik meets 25%-26% of its annual consumption from the electricity it produces with SPP.

Considering that the share of electrical energy in costs is increasing day by day and will continue to increase; İşbir Sentetik has gained a significant advantage in energy saving with its SPP investments.

Continuing its investments in SPP, İşbir Sentetik took an important step by purchasing 304,000 m2 of land in 2022. An SES investment with an installed power of 10 MWp is planned on the land. Thus, İşbir Sentetik will add 10 MWp to its GES power in 2023, taking its success in this field one step further.