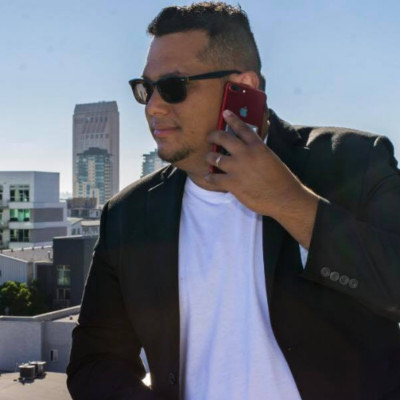 Besides being a husband, and a father of two lovely boys, Luis Jorge Rios is a real estate investor in America, press and media entrepreneur, and a TEDx event organizer. Before he got into the business world, Luis spent a decade working in the US Army, where he was deployed for active service in Iraq and Afghanistan. These ten years brought him face to face with death many times, but his life in the army shaped him into the man he is today.

Fresh out of service and with no experience in business, Luis decided to hit the ground running. He chose the self-development route, taking on a college education and later on accidentally tripping into sales.

“I like to think that sales chose me,” Luis comments.

This is not far from the truth, because he was able to dominate the industry and close high-ticket sales using the skills he had learned from military intelligence and training, as well as by reading lots of books.

In only eight years,  Luis Jorge Rios has worked with non-profit organizations, global influencers, and entrepreneurs such as Mark Cuban. David Hasselhoff, among others. With this, he has been actively establishing his footprints in the press.

The Mentorship that changed narration

Not many people ever get the chance to sit with top players of the billionaires and millionaires club. Luis is one of the lucky few. He once worked for an organization sponsored by the Mark Cuban Foundation, and through that engagement he met with  Mark himself brain multiple times. Seizing the opportunity of Mark’s generosity to veterans, Luis was able to have conversations with and get mentoring. This was a major step that propelled him into his work in press and events, such as TEDx. Luis now prides himself on taking on anyone with passion and driving them to high levels with media coverage and speaking opportunities.

Next Steps for a Greater Future

“Entrepreneurship is very similar to battle. You need to have a clear purpose, plan, and executions. Even though there are always going to be tough times on your journey, understanding your purpose and mission in life is crucial. Also, it is essential to have a positive mindset and be grateful in life.”

Luis’ active approach to building impact is hard to miss and he was recently featured in Yahoo Finance among the top business leaders driving positive change in their industries. He also has  published work on Disrupt Magazine, Medium and Yolo Daily

He has worked hard to grow in entrepreneurship, just as he did on the battlefield. Luis has a very rare gift of intuition that makes him a formidable entrepreneur. This uncanny ability to instantly spot talents in others and help them to reach new heights has made him one of the most sought-out talent agents. Luis believes his purpose in life is to elevate people through service, coaching, and media.

Connect with Luis to learn more about his work.