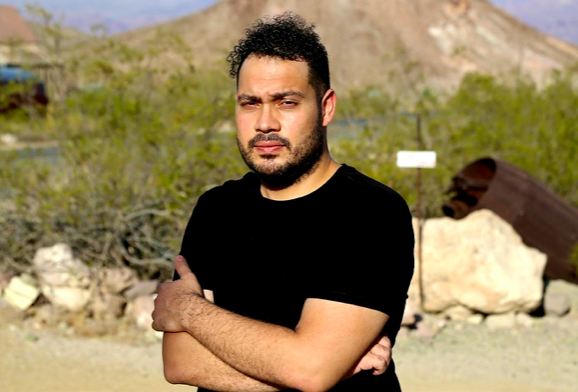 From Eminem to Lil Wayne, and from Kanye West to Snoop Dog, the world of rap music is flooding with gifted rappers. While all of these have one thing in common, and that is, they are ruling the industry with their exceptional collection of tracks and lyrics, each of them has a unique trait that has led them to success.

There are hundreds of aspiring rappers and hip-hop musicians that enter the industry with high hopes and expectations, but there are only a few who actually make a name for themselves in the industry. Just like every brand has a unique selling point, every artist needs to have originality in their craft.

The secret to success in the industry is not only one’s talent, skills, determination, or passion, but it is a combination of all this with the factor of uniqueness. When talking about the individuality of rappers and hip-hop artists, there is an individual who is gradually gaining the attention of the masses.

Kyrillos Saber, who is an actor, scriptwriter, producer, and music video director, is a rising rapper, hip-hop artist, singer, and songwriter. He is a person with talent and a man with multiple passions, while he is building his acting career, he is coming out as a competitive individual in the music industry. Even though he still has a long way to go, his craft is promising because it is original and gives the audience something different.

While there are hundreds of examples of people in the music industry who turned their dreams into realities and have established themselves as prominent personalities, Kyrillos steals the spotlight with his skills to create his own beats. The 31-year-old multi-talented individual has caught the attention of the world.

An Egyptian-American Making a Name in the American Music Industry

There are not many Egyptian-Americans to name who have acquired an esteemed position in the American music industry. This is what brings Kyrillos Saber under the highlight. He was born in Cairo, Egypt, on July 14, 1989, in a supportive family.

Since his childhood, the man with multiple talents was the owner of a vibrant personality. He loved entertaining his family and friends. Somewhere at the back of his mind, Kyrillos wanted to make a name in this industry. He was passionate about becoming an actor, and he landed on an opportunity in 2004, when he was offered a role in St. Bishoy. He was just 15 years old when he got a chance to show the world his acting skills.

The role in this film helped establish standing in the Egyptian entertainment sector, which led him to his other role in the film, St. Hermena. He was not even 20 years old, and he had built a reputation as a young and talented actor. Things took a turn when the young actor had to move to the United States with his family at the age of 20. During his initial years in this country, he had to struggle and also put a stop on his acting career for a while. Regardless of all this, he did not give up on his dream to enter the entertainment sector.

He was on his way to building a prominent identity in the industry actor, and then he began pondering upon the possibility of a music career. Acting was not the only area where his interest lay. While building his career as an actor, Kyrillos developed a deep admiration for the music industry. Singing and songwriting was something that he was interested in, and his melodious voice motivated him to try his luck in the music industry as well. His portfolio does not only include singing and songwriting, but it also includes rapping, that too, in both English and Arabic.

The multi-talented Kyrillos is working to build a name in the music industry. Coming to the United States did open doors to amazing opportunities for him. It even led him to the release of his first song, ‘Screw You.’ The song is a 100% Kyrillos production because he wrote the song and even directed it. The song acquired 33,135 views on YouTube.

A Music Artist Creating His Own Beats & Writing his Own Lyrics

At the start of his music career, he worked with several beatmakers, but nothing seemed to suit his craft or connect with his soul. At that time, he decided to take things into his own hands. Instead of hiring professionals to create beats for his music pieces, he started working on creating his own. Soon Kyrillos grew fond of it, and creating unique beats became his brand’s unique selling point. Not only does he work to create unique beats, but he also writes the lyrics.

In addition to this, the man with a dream to establish a career in the entertainment sector has released 60 music singles and directed 15 music videos. During the initial years in the industry, Kyrillos worked with several video editors who charged a hefty amount for their services. Along with creating beats and writing lyrics for his rap and hip-hop music, he also began to edit his own videos. It is a stressful job and very tiring, but it does not stop the passionate individual from working. Kyrillos decided to keep editing his videos until he could find someone suitable, but the fact that some of his tracks and videos hit thousands of views on music platforms.

His work caught the attention of many, and in 2017, he landed on an amazing opportunity. He was invited to sing on stage with one of the most famous Middle East singers. His journey has been quite eventful as he has acquired a position as an emerging actor and music artist who creates his own beats and writes his own lyrics.

Along with his music pieces, the man has appeared in Die Die Delta Pi, The Nest Of Vampires, Shit Stew, End Survival, Mercy, The Last Bounty, Amber Road, Blood Thirst, and Necrophilia 1. He will also appear in the film, odd, that is set to be released in October. The man’s diverse portfolio is an indication that when one dreams, they develop a determination to turn them into reality!