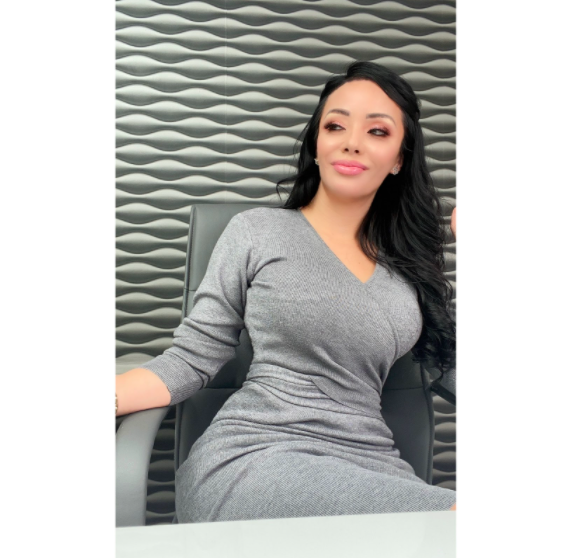 Having good credit is essential to a healthy financial life for the average person. It is often the difference between struggling financially and access to loans or financing. Ivonne Arvizu, known within financial circles as “La Reyna del Credito” – The Queen of Credit – has built an impressive career by helping thousands with their financial and credit repair needs.

For nearly two decades, Ivonne Arvizu “La Reyna del Credito” has lent her formidable skills to the aid of celebrities, doctors, lawyers, police officers, real estate agents, loan officers, and thousands of people who have needed to improve their credit and financial health. The Credit Queen has been an integral part of the success of many people who have benefited directly from her extensive knowledge, showcasing a success rate of over 1,000 new homeowners yearly.

Ivonne “La Reyna del Credito” Arvizu is a credit repair advocate, spokesperson, and financial consultant. She was born into a poor family who emigrated from Mexico to the United States in pursuit of the American dream. Her mother, who has always been her main motivation, was juggling three jobs to make enough money to purchase a home. Sadly, her mother was forced to shelve her dreams of owning a home when she became a victim of bad credit due to a lack of adequate information. The bitter aftertaste of this disappointment coupled with her humble beginnings spurred Ivonne’s eagerness to help people improve their financial lives.

La Reyna del Credito has always been a dedicated hard worker, purchasing her own home at 20 and attending the University of California, Santa Barbara on a 4-year scholarship. She landed jobs as a high-ranking employee for a few banks before eventually starting her own company. During her years spent working in the bank, she discovered that many people had bad credit mostly due to a lack of adequate knowledge. Ivonne Arvizu made it her mission to begin seminars that would give people the essential information to help improve their credit. According to the Credit Queen, her actions did not sit well with the higher-ups in the bank due to a conflict of interest. As such she decided to resign and start her own company—free to help as many people attain financial stability.

Since then, La Reyna del Credito has facilitated a staggering amount of free seminars to help people understand the nuances of the United States credit system. She has significantly helped the Latino community by educating them via Spanish Programs regarding finances and credit, on radio and television. She has been featured on Telemundo, Univision, Acceso Total, Radio Jose FM Los Angeles, and other networks with Lieberman broadcasting and Entravision communications radio division.

La Reyna del Credito has pooled her wealth and years of knowledge and experience into creating a program that is extremely popular for its uniqueness. Her program guarantees the mortgage credit within days. This has proven to be the difference for people seeking to purchase a home or refinancing in record time. She also provides each client with a credit specialist that supplies live updates throughout the process and is reputed for conducting her business without disputes. Ivonne Arvizu has grown into a very well-respected name among the top real estate agents and loan officers because of her excellent results.

Besides her program, she also focuses on helping realtors and lenders increase their production, assisting them and their clients. In the coming years, La Reyna del Credito has set a goal to push the Latino community to be a lot more conscious of their credit and chart out a plan that helps them to be financially stable by the time they retire.

How Small Businesses in Texas Can Compete With the Big Leagues