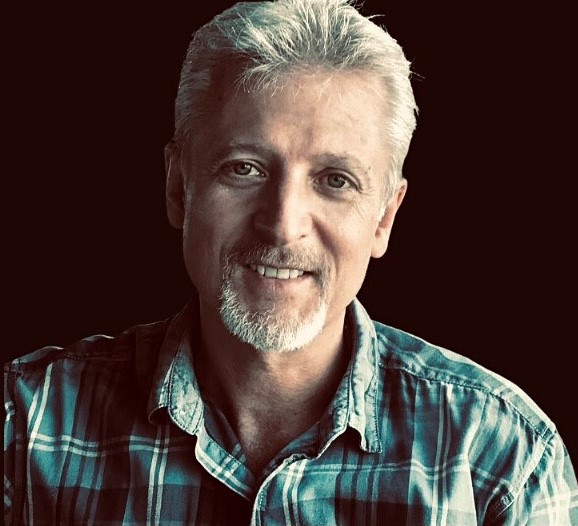 Giorgio Garofalo has made quite the splash in the literary world with his breakout series, and his bestselling book ‘Korian: Ark of the Fallen King.’ Garofalo has been a lifelong fan of fantasy and science fiction, and has brought his own captivating twist to this genre, making it his own, while fascinating readers with an extraordinary mix of mysticism, myth, nature, and adventure.

‘Korian: Ark of the Fallen King’ is the second book in this series, and it takes readers to another level of imagination. Ark of the Fallen King transports readers to a dystopian world filled with mystical creatures, sorcery and warfare on an epic scale.For seven years, a remote island has served as a bucolic sanctuary, but a strange light in the southern sky summons more than curiosity. With a handful of his friends, and with help from a surprising face from the past, Korian – the Azura and bearer of the enchanted spear – returns to resume the brutal battle against the evil Aaron Hades and his army of Stragoy.

In this unique tale of friendship and survival, of discovery and revelation, where a creature the size of a small island pays it forward, a mysterious eye holds the key to buried secrets, and a heroic battle amid ancient ruins determines more than the future, the origin of the insatiable evil that pervades Endura is horrifically revealed.

If you want to know what happens, check out ‘Korian: Ark of the Fallen King’ which is destined to be the read of this season and the next.

Recently we had a chance to connect with Garofalo, so we can find out more about him, his work and what’s coming next from this brilliant author.

‘Korian: Ark of the Fallen King’ is the second book in your series, and it is an epic read, which has enthralled readers. What is it about this story that called to you, and made you want to share it with the world?

For as long as I can remember I’ve been a fan of science fiction and fantasy. I appreciate the freedom the genres give authors to present themes in unconventional ways, and I wanted to use fantasy as the vehicle to exploit certain themes in Korian. First thing, I wanted Korian to be an imaginative thrill-ride of a story. I was looking to explore the devastating power of the dark side of human nature and to play it out on a grand scale. In Korian, humans represent the dark side, and Ruids— the indigenous humanoid species—the good. I poured all the elements of fantasy that I love: a quest, infallible characters with fears and insecurities who encounter seemingly inescapable situations, a moral dilemma and a choice, mythological creatures, sword and sorcery and heroic battles.  By exploring a wide range of themes, I aimed to create an epic underdog story that starkly juxtaposed the strength of the human spirit against the incessant struggle between good and evil that’s in all of us.

A good story is all about the setting, the descriptiveness, and the raw energy that captivates, all coming together to have the reader turning the pages effortlessly. ‘Korian: Ark of the Fallen King’ includes all of them, what is one of the keys that you find critical when getting into the writing zone?

I find the getting-started the most difficult part. Beyond that, I believe a good balance between an iterative approach and a high-level plan or outline, even if it’s in your mind, to be critical components. For me, getting into the writing zone occurs at all hours of the day, not just when writing. I find I’m formulating scenarios and outcomes when I don’t even realize, and then when night-time comes, I get even more in tune, tossing and turning as I struggle to fit a new idea into the story line. When I sit to write, I begin by re-reading the last few pages I’ve written, and then I dive into the story. Regarding the setting, I like to portray it the way I see it with an emphasis on the senses to set the mood. I’m also well aware of the importance of pace and endeavor to balance the level of detail with the pace so as to not affect it. I focus on ensuring all elements in the story, down to the smallest details, play integral parts and are not just included as fillers. When a reader acknowledges this in a review, it is such a gratifying feeling.

I believe it is difficult to try and pinpoint just one thing as each character is organic. However, if I was to pick one, I would say the key is to make them fallible and real regardless if the character is human or not. For me, this means giving each character a story, or a past that unfolds as the story progresses. I give the characters goals and motivations and make sure to highlight specific quirks. After all, we all have them, some more unique and pronounced than others. Most of us have some type of turmoil or internal conflict that we try and hide, so I make sure the principal characters also have their own internal struggles. We all have certain strengths and flaws, so I believe it is important to exploit those. Last on my list are physical characteristics. I deliberately try to avoid detailed descriptions. Instead, I try to paint a picture through a character’s behavior, through their expressions, thoughts, by associated them with relatable animals or objects, and supplement that with loose physical descriptions. Conversely, I make a point of adding more detail to settings and events as I described above.

When readers finish the last page of ‘Korian: Ark of the Fallen King’ what do you hope they take away with them?

I hope they would have been entertained. I hope I managed to steal their attention away from reality for a several hours. I hope I’ve managed to take them on a safe thrill ride, one without bias. I hope they’ve been able to relate to one or more of the characters, perhaps found a certain situation, or moral dilemma, one that is relevant to them and I hit that emotional sweet spot. Most importantly, I hope the various themes in the story display the redemptive, and at the extreme, the dark side of human nature, and to show how friendship and love are catalysts to boundless power and strength that bridge barriers and physical differences and help to overcome the worst of our fears. Although good and evil exist in all of us, I hope Ark of the Fallen King exploits the best parts.

I’m sure your fans are dying to know what is next for you. Are you working on another book you can tell us about?

I have started writing Book 3 in the Korian epic fantasy adventure series.  I’ll be introducing a new realm, a few new interesting characters, and I plan to bring back one from the past. There will be more epic battles, a few twists and I’m certain the ending will surprise you.  I’m planning to release an audio book of Ark later this year or into early 2023.  I’m looking to enter Ark in a few fantasy writing competitions and promise to share more of my journey with readers on social media. I’ve set a tentative completion date for the first draft of Book 3 in spring 2023, with a release later in the summer. I’ll be sure to provide updates on my website of progress and for other exciting promotions. Stay tuned.

Let’s change things up a bit. If you could have any superpower what would it be and why?

If I could have any super power, I think it would be teleportation. As evident in Ark of the Fallen King, I have a certain fascination with ‘time.’ For my super power, I wouldn’t need a pod or any other type of mechanical device—that would make the process far too dangerous. Unfortunately, the movie, “The Fly,” traumatized me a little. With my luck, I’d probably end up fusing with something far worse than a fly. My power would be such that I could teleport at will at any time and from any place. Living in the suburbs and working in the city has made commuting a way of life. Travelling to work, or flying for work has resulted in the loss of far too many hours I’ll never get back.  Besides, I’d even be doing my part to save the environment.

For more information head on over to Amazon.