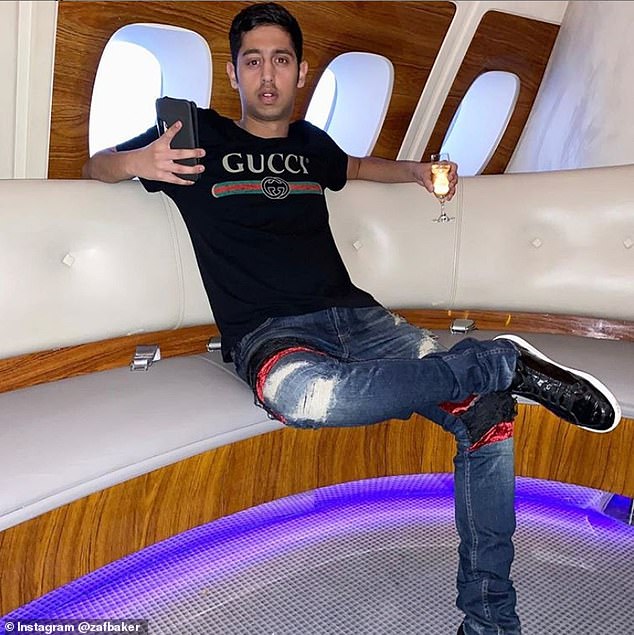 They say success comes with perspiration, and to maintain that success, it requires loads of grit, futuristic outlook, and determination to do well with changing conditions. The background work might not be visible to others, but successful entrepreneurs and leaders across the world are known to have given everything to achieve whatever goals they have set for themselves. Keeping this philosophy alive is Zaf Baker. The 27-year old property developer loves exploring the world but also senses an opportunity when he sees one. Zaf Baker along with his brother are traditionally hard-working businessmen who travel between different countries like London, Paris, and several other nations because as property developers, they should have a keen sense of detecting the best properties. The duo works together in such ventures and Zaf Baker especially has garnered quite a lot of popularity on social media.

He sure is an inspirational figure for young achievers and enjoys superstardom on his Instagram handle. His hard work has enabled him to earn luxuries but never had the fruits of his success entered his head. He has to date believed only in one strategy which is work so hard that you wouldn’t feel guilty partying which is reasonable. After all, who wouldn’t want to enjoy one’s success even if it is in the most humble manner? Zaf has always learned the hard way and has several times inspired youth to work hard for what they want, else success will always elude them.

The luxuries he has earned for himself after working hard keeps him grounded because he knows how hard the journey has been for him. He also gives a lot of credit to his thought process about being different in the crowd. He does not believe in agreeing to conventions but deviating from the hitherto practiced norms and creating a path for himself. Everyone has a different set of motivations to work hard and succeed. Some want to give it back to society and others want to enjoy a good life not just for them but also for people who are associated with them. Baker has been a combination of both and believes that there has to be a right balance and perimeters separating such aspirations.

A low-key start converted into a huge business empire

Tasting success was not a cakewalk for Zaf. He and his brother started as mere wholesale car dealers. Both brothers shared something else in common, and that is the sense of judging a good business from a bad one. One might argue that it could be luck also, but with luck, you can get an opportunity, but with skill and finesse you can sustain it. Zaf is known to be a hawk when it comes to business. It was during his early days as a wholesaler that the duo decided to get into the real estate business. It was one step at a time for him back then, but he diversified into car dealers also for the passion of wheels. He also finances sports cars to non-commercial dealers as of now.

Family values of giving back to society

His family business and earnings have never affected him much because he wanted to achieve everything after his own struggle. He wanted to create his own identity and this was what drove him to success. Great ideas, a good skill of networking, and being there at the right time have been the reasons behind his huge success story. Upon looking, he might appear as a simplistic individual next-door, but he is easily one of the biggest success stories of a bright young businessman who wants to transform the world with his great vision – a vision that inspires millions of youth worldwide.

Despite such huge responsibilities already burdened on the 27-year old. His heart goes down to those underprivileged who are currently homeless in the midst of such a pandemic. They have enormous different residential properties and reportedly in several parts he has relieved people of rents. A shrewd businessman and an absolute giver to society, make Baker an ideal businessman that the world should follow especially the youth.

A man of family values believes that to become a great businessman, there has to be disciplined and respect for everyone around you. Zaf Baker is the epitome of a person with a story of a journey of how he played his strengths needs to be told.

People usually get inspired to be better versions of themselves and with such prolific personalities around us, make it possible to believe that it is ultimately hard work that pays.

Rahul Ahuja – The fanatical and determined entrepreneur from India