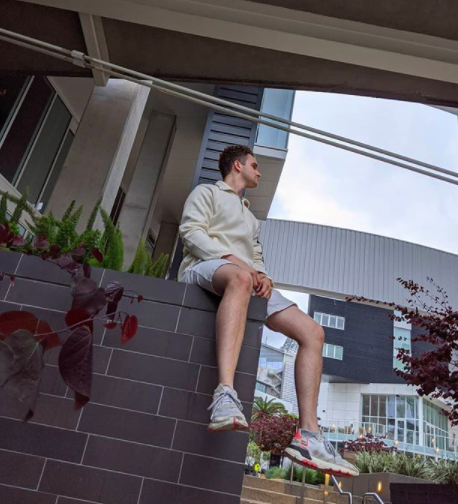 Your environment can truly determine who you become. Sometimes, we don’t realize how much the people around us or even the place where we live can affect our lives and our perspective. A perfect example of this is Dylan Caudullo who was able to completely transform his life by simply changing his environment.

Dylan grew up in a difficult household. His father was not part of his life, and his single mother had to work minimum wage jobs to raise him. He was surrounded by negative people who influenced him to behave in a negative manner. At only age 15, Dylan started using drugs. At age 17, he was also selling drugs and with the money he earned, he was able to move out of his family’s house. At age 19, he was arrested.

Dylan felt like he was on top of the world. He thought he was untouchable, but his arrest made him realize what he was doing had negative consequences and his life had to change. This experience made him more grounded and motivated him to get invested into his personal growth. The first thing he did on his journey of growth was to change his environment. He started to surround himself with people that forced him to level up. He hired his first mentor and with everything he taught him, Dylan has been able to completely transform his reality despite his background.

“Everybody wants to go to heaven, but nobody wants to die. If you want your life to change, you have to change first, your environment, your perspective, your expectations, and your goals also have to change.”, says Dylan. He now earns at least $20k USD a month, and lives in a luxurious penthouse in San Diego, California. He was able to build and sell his own marketing agency within only six month. He also helps other people develop the necessary skills required to achieve success.

It is incredible to see everything you can accomplish when you surround yourself with the right people. Success is all about hard work, but it is also about energy, and the energy people bring into your life can determine your reality. “Be careful who you allow to influence you because sometimes, the people we love the most are the people who hold us back” – Dylan Caudullo.

Connect with Dylan on social media to learn more: