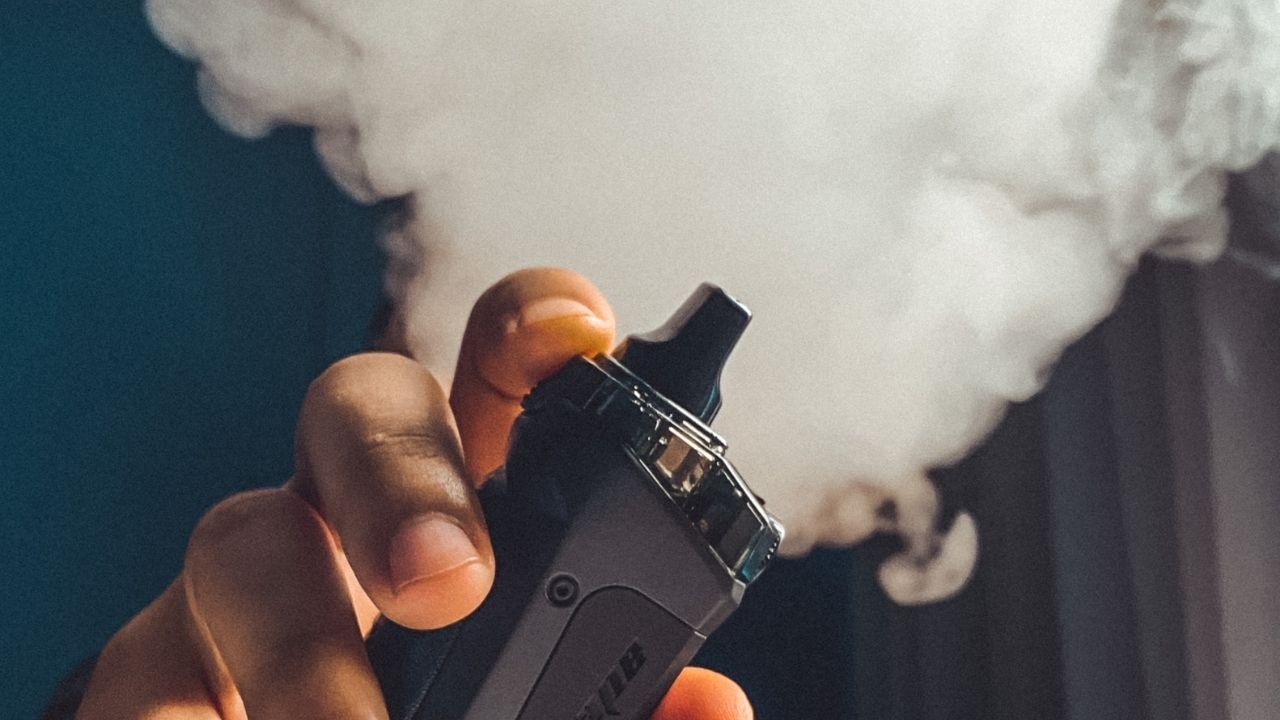 One of the universal truths about vaping is that just about everyone enjoys exhaling a huge cloud of vapor into the air. Maybe cloud chasing touches on something primal; it’s amazing to feel such a pure sense of satisfaction without inhaling a single puff of smoke. On the other hand, maybe people just enjoy chasing clouds because it’s fun. Whatever the reason may be, you’re in the right place if you want to learn how to get the best clouds from your vape. Getting your vaping device to produce huge clouds isn’t difficult at all, and it comes down to three things.

Use the Right Vaping Hardware for Cloud Chasing

Before you can even consider optimizing your vaping setup for better cloud production, you need to make sure you’re using hardware that’s capable of producing big clouds. To determine that, the first thing you need to look at is your tank.

Are you using a large glass tank with big airflow vents at the bottom and an even wider mouthpiece at the top? If you are, you’ve got a tank that’s capable of producing big clouds. You need a tank that’s optimized for direct-to-lung inhaling because your lungs can hold vastly more vapor than your mouth can. If you’re using the mouth-to-lung inhaling style, you’ll never get big clouds when vaping.

If your vaping device is more than a year or two old, it’s probably time to replace it. Technology moves quickly in vaping, and any device that’s more than a couple of years old is essentially obsolete. The good news, though, is that you can buy a great vape mod with a tank really affordably these days. The manufacturers of vaping hardware make most of their money by selling replacement coils, so they tend to sell vape mods and tanks at very low prices.

If you want to do some serious cloud chasing, you’ve got to have a vaping device with adjustable wattage – and having a device with adjustable wattage means that you can always crank the power up when you want bigger clouds. Before you do that, though, take a close look at the atomizer coil in your tank. You’ll see a recommended wattage range etched into the metal. Generally, you don’t want to exceed the high end of that range.

Before you crank your wattage up too high, though, bear in mind that a vape coil’s suggested wattage range is usually based on an average puff length of 2-3 seconds. If you’re a very deep inhaler, you might notice a slight burning sensation at the end of your puff. That means your wattage setting is too high.

To configure your vape tank for the biggest possible cloud production, you need to open the tank’s airflow vent fully. While it’s true that the air will dilute the flavor of your e-liquid, high airflow is necessary because it’s what keeps the coil from burning out when you vape at a high wattage. Keeping your tank’s airflow vents open also makes it easy for you to inhale deeply, which is exactly what you should be doing if you want to get bigger clouds.

Use a Tank With a Mesh Coil

Above, we mentioned the fact that your vaping equipment is most likely obsolete if it’s more than a couple of years old. There are two reasons for that. The first reason, as cited above, is power delivery. If your vaping device can’t handle the extreme power demands of a sub-ohm coil, then you won’t be able to use a modern cloud chasing tank with that device.

The second reason has to do with the efficiency of the atomizer coil in your tank. There’s a new type of atomizer coil on the market these days. It’s called a mesh coil, and if you’re not using one, you’re missing out on an opportunity to take your vaping experience to the next level. The surface area of a vape coil is largely what determines its vapor production, and a mesh coil has incredible surface area because the coil is made from a paper-thin strip of metal mesh.

A mesh coil doesn’t require a long warm-up time like a traditional cloud chasing coil. It generates an enormous cloud the instant you press the button on your vaping device. Mesh coils don’t pop during use. They generate vapor with a consistent droplet size, giving you an extremely good experience from a flavor standpoint. You simply shouldn’t be using anything other than a mesh coil if you want to get bigger clouds when vaping.

Use an E-Liquid With a High Percentage of Vegetable Glycerin

Do you pay attention to the VG/PG ratio printed on the label when you buy a bottle of e-liquid? If you don’t, now is the time to start. Vegetable glycerin and propylene glycol are the two base liquids that make up the majority of any e-liquid. Companies offer e-liquids in a variety of different VG/PG ratios because the two liquids offer different benefits. If you want to get bigger clouds, though, what you want is an e-liquid that’s as high in vegetable glycerin as possible. That’s because VG is much thicker than PG, so it produces a larger and more billowy cloud. If you’re already using the right vaping equipment for cloud chasing, you’ll be amazed by the difference in cloud production if you switch from an e-liquid with a 50/50 VG/PG ratio to a high-VG e-liquid.