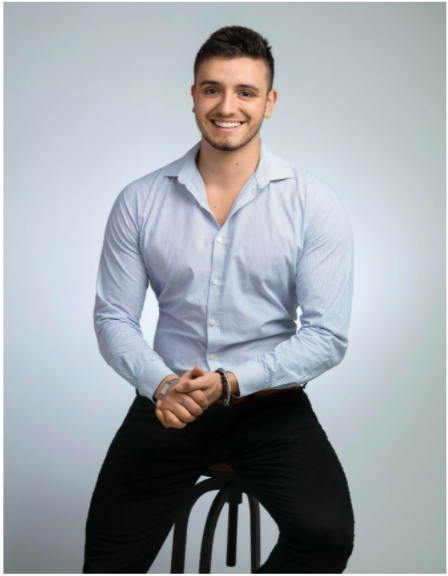 Entrepreneurship is a rollercoaster: sometimes you go up, and sometimes you fall pretty hard, and when you’re down, it gets pretty scary because it feels like there’s no light at the end of the tunnel. However, if you want to win, you need to learn how to deal with the hardships of business. So, how do you deal with setbacks as a young entrepreneur?

According to Michael Streets, there are a few ways to make sure you don’t break.

As Michael explains, you need to understand that after every failure there’s a piece with potential you can salvage. His first experience of business failure came when he was just 20. Having established his own e-commerce business with sales in 30 countries by 19, Michael suffered a financial crisis and lost it all within a year. However, he managed to turn his fortunes around by taking over his first company with debt, the real estate firm Suffolk Chambers Limited, when it had no revenue coming in and was making a £50,000 loss and transforming it into a business that made a £500,000 profit the following year.

“I’ve been an entrepreneur for five years, during which I’ve made and lost three small fortunes. Even though my business is healthy now, I’m sure the fourth crisis will introduce itself eventually, Just need to figure out what it will most likely be. Besides, that mindset is so important in a leader regardless of how good you’re doing today, because their role is mostly to set the direction in a risk-managed way, like a ship’s captain avoiding reefs but still needing to get to harbour”

Next, you need to understand that failure is just a necessary part of the process, so don’t beat yourself up too hard about it. Just learn your lesson and move on. Instead, look at failure as an opportunity to explore new avenues and come back stronger. It took six months of zero income for michael to finalise his first major real estate transaction, the resilience later enabled Michael to turn Street Acquisitions into a seven-figure business in his early 20’s.

“My drive to make something of myself, combined with the millions of pounds of debt I put myself under so young, was the carrot and stick I needed to get things done,” Michael explains with an example acquisition he did in 2018. “people say diamonds are made under pressure. Two years, half a million in profits and 80 grand in taxes later, that business is still with me.”

The final thing Michael recommends is to prepare for the next fall. See, in business, ups and downs are inevitable, but what we can do is mitigate the effects of the downfall. After building a successful business, disaster struck. The entrepreneur lost most of his money. Although this was a troubling setback, he used the knowledge he was now armed with, and the business survived. Afterward, Michael raised £780,000 in cash-out refinancing from Hampshire Trust Bank, which enabled him to put a million in the bank for the first time.

Street Acquisitions grew steadily in 2020. Then Michael took it to the next level by advising on two eight-figure deals through private equity in 2021. He also started a new hedge fund, which deals with $10 million of volume a day.

Who Is Michael Streets: A Brief Overview

Michael Streets is a well regarded SME entrepreneur and advisor, with $40m in private equity transaction experience and a further $500m of financial transactions.

Today, he’s committed to helping fellow entrepreneurs fulfill their potential without landing themselves in crippling debt or making perilous decisions. He describes accelerating the success of other entrepreneurs as his passion.

The investment specialist also draws on his own experience to advise clients to focus on equity stakes and capital events rather than income and approach all situations with clear intentions and empathy. He is also keen to emphasize the importance of building trust in working relationships.

Having overcome massive setbacks, Michael has turned each business difficulty into a success through reinvention, determination, and vision. While his primary focus is currently on investment, he also has his sights set on being an inventor and author and has a fifty-year plan in place. Whatever the future holds, this entrepreneur should have more to share soon.

As an entrepreneur, you need to understand that failure is simply a part of the game, but you also have to prepare for it both mentally, by understanding that calm comes after the storm, and strategically, by planning ahead. If you would like to learn more about Michael and his businesses, visit michaelstreets.com, or contact him on social media.