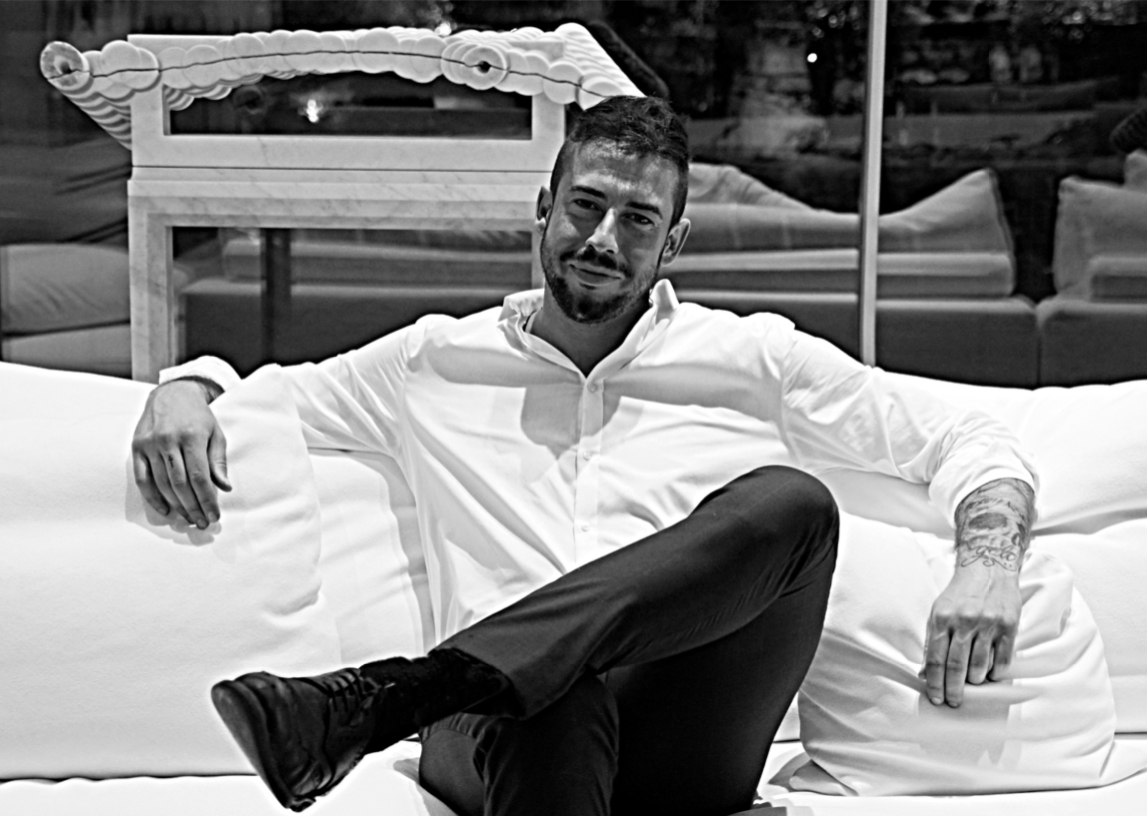 Federico Lazzerini: the sensitivity of my magic is unique. For me the secret is Branding: To discover, for example, that it is necessary to “disintegrate” the logo into images, sounds, colors and shapes. Or that mineral water, to be successful in China, must taste like grass. The other fundamental weapon is the mastery of traffic platforms to make your product / service known to more people.

Speaking is Federico Lazzerini, one of the leading European experts in the field of Branding and Advertising. With him (in time of covid-19) we had a comparison on zoom “Why we buy today: inside the consumer’s mind”, of which we report a summary here.

How many of you while they are lost in thought find yourself beating with your knuckles on wood or metal? Or, entering a public bathroom, do they avoid the first cubicle, choosing the second or the third? These are just a few of the many irrational things we unconsciously do every day. Neurological studies indicate that 85% of daily decisions are unconscious, and purchasing decisions are no exception. But we think we are absolutely rational consumers: this is why market research, even the most scientific and rigorous, sometimes does not work.

An example is the Segway, the revolutionary “smart scooter”, launched over ten years ago, after a rigorous feasibility study with targeted market surveys, focus groups and so on, which generated great expectations. Manufacturers expected to sell 2.9 million units in the first six years. Instead they delivered 30,000, Federico Lazzerini tells us.

This launch was studied in detail, everything was done as the manuals say, I am also sure that in the focus groups they asked the right questions to the right people. Yet there is something else which leads the consumer to decree the success or failure of products and brands in an irrational, unconscious way. I call it “sleeping with the consumer”. In the last ten years I have launched thousands of surveys all over Italy. This is how you can create a successful brand that stays in people’s minds.

What have I discovered from my surveys? That certain types of reactions are often associated with specific areas of the brain. For example, Brodmann’s Area 10, in the frontal cortex, is activated when we think that a product is “cool”, trendy, and can therefore elevate our image and social status. The right side of the medial prefrontal cortex is related to the tendency to collect and accumulate products. The “nucleus accumbens” plays an important role in the mechanisms of addiction and gratification. In social media surveys, all of them stressed the quality of these products (leather, zip closure, finishes, durability, etc.). In short, the women in the interviews rationalized talking about quality, but in reality they were attracted by the “coolness” of brand name. This highlights one of the main mechanisms of brand preference: the consumer is led to trust other consumers, their opinions and choices, and especially the people around them in daily life. This is why, among other things, the various “Top 10” and “Top 100” lists are so successful. To study this phenomenon, I report an experiment of a model family, the Morgensons (actually they were actors), in a small town in California, a scholar has filled their home with products of ten brands. They led a normal social life, 129 people attended their home in three months, had to deal with others, and so on. Directly or indirectly, the “word of mouth” involved 12,302 people, and 16% in those three months bought at least one of the ten brands we had placed in the house. So to create a brand you also need word of mouth. 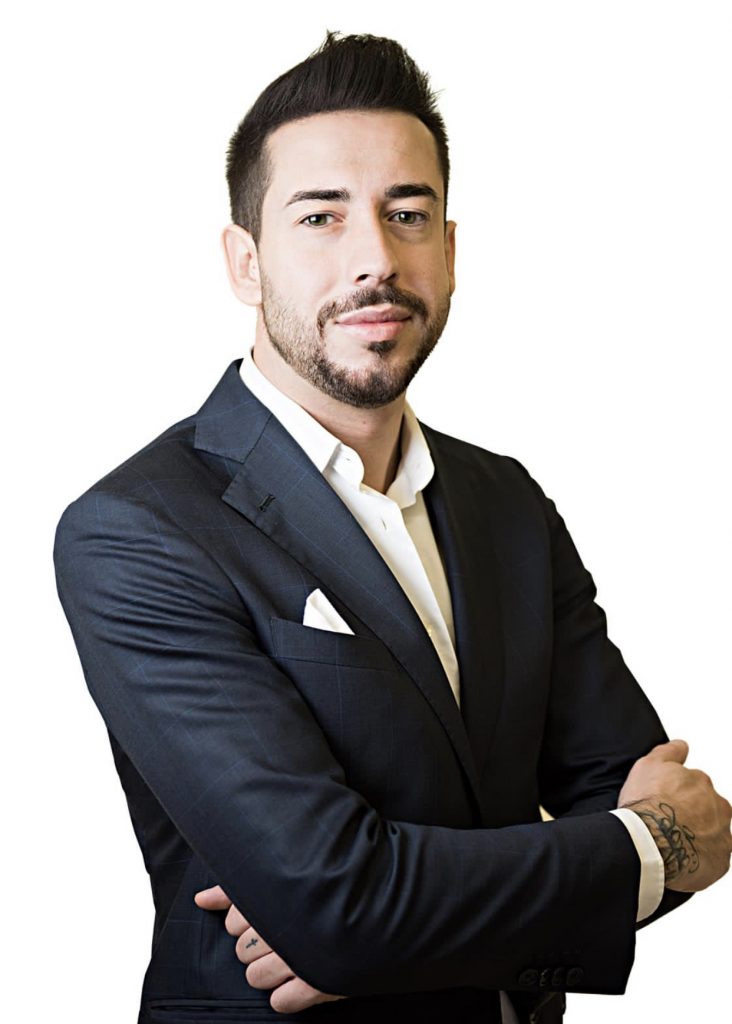 Each brand has two target groups

This mechanism should be exploited in Marketing, but how? Big brands have millions of customers, but the primary target is much smaller: for McDonald’s it is families, not teenagers. For Apple they are the designers, the creatives. For Facebook it’s the students, and for Nike it’s the athletes.

The fact is that it is wrong to address everyone. The primary message must be addressed to a very precise and targeted group, called the “aspirational group”, which is able to influence a much wider group (“target group”), which is the one that generates the sales volume. The narrower and more well-defined the aspirational group, the greater the number of people who will buy the product, that is its success: this is one of the paradoxes of Marketing.

Consequently, two distinct campaigns must be conducted, at different times, first by addressing the members of the “aspirational” group, which I call “magnets”, and then, after a few months, to the second group, the “takers”. Time must be given to the “magnets” to know the product or service, and to spread their opinions to the “takers” through the various channels, among which social networks are becoming crucial.

Vodka brings together ethics and marketing, Federico Lazzerini tells us.

I hope I have given you an idea of how things are going in Marketing today. But the picture is not yet complete. In fact, I believe that the issue of fairness and ethics in this field is now at the forefront, and that the big brands must give themselves guidelines for behavior. Some of the techniques I have described are on the verge of fairness towards the consumer, and the “firepower” of multinationals is immense. But the Internet and social networks are currently a very powerful sounding board: a “wikileaks” dedicated to the misconduct of big brands can be born, and even today the indignation conveyed by Twitter and Facebook is able to heavily influence the image of even a company global.

Federico Lazzerini continues – Marketing and ethics can therefore coexist, as the latter case demonstrates. Last year I was called to Russia by a company that set me two conflicting goals: to create a new vodka brand, and to help reduce alcohol consumption in the country. The first problem was that there are three thousand brands of vodka in Russia. How to bring out another one successfully? I started doing interviews, I also went to Siberia, I heard people of all ages. I learned that Russians drink vodka in groups, with a ritual in which everyone drains the entire glass at once. But in reality many hate vodka, especially because the average quality is low, and 50ml drunk all together burns a lot. Another thing I learned from the interviews is that the Finns are among the peoples most admired by the Russians.

It was therefore necessary to “brand” a new way of drinking vodka: to make people accept the idea of drinking in small sips, and therefore less. So together with my team we thought about launching a new Finnish brand (actually the liqueur is produced in Russia and bottled in Finland), with an advertisement showing that in Finland it is “manly” to drink vodka in small glasses, and in sips. The result? The new brand is now among the most important on the Russian vodka market, but what I am most proud of is that in these two years the percentage of Russian men who drink alcohol by sips has risen from 0.7% to 17%. Now the team is very large, but we have helped to change the way people drink, in a country where alcoholism is a social scourge, and a leading cause of death.

Federico Lazzerini, what about .. you really left us speechless.

I leave you with a sentence from Benjamin Franklin, which effectively summarizes everything I said: “If you tell me one thing, I will forget it. If you show it to me, I might remember it. If you involve me, I will understand it ”. In short, the more you study the consumer, involve him, listen to the signals he sends, the more he will appreciate your brand, remaining faithful to it over time, then advertising does the rest.

Who is Federico LazzeriniItalian, 29 years old. Inserted in 2020 in the famous Forbes ranking among the most important young people in Europe, Federico Lazzerini is one of the youngest digital marketing experts with a great focus on Personal Branding and Advertising, he defines the main rules of the game. Today he is a consultant for important brands in Italy and in the world and on small occasions also a trainer, he says he doesn’t really like the role.

Thanks Federico Lazzerini for this beautiful and interesting communication.

Logo Design Flix – Multitude of Web Services at One Place