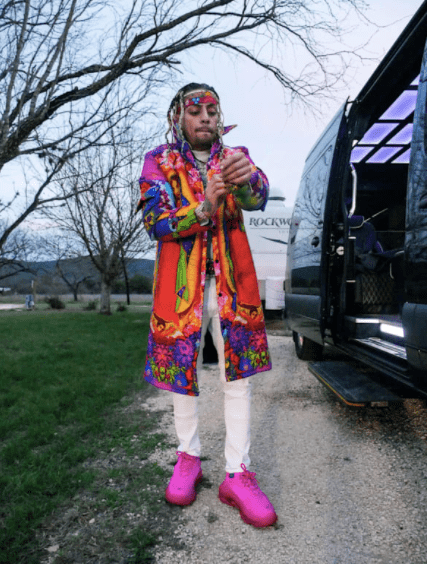 Joel Aguilar, AKA Lil Mexico HOV, was born into a family of five in Mexico City, Mexico. At the age of seven, Joel, his single mother, and three siblings moved to Houston, Texas in search of a better life. While learning to speak English and working in a car audio shop, Auguilar developed an ear for music. While developing vocal skills in the car shop, his passion for music began to sprout.

Joel had it rough and music was a good escape for him. He was separated from his mother again after she was sent to federal prison and later deported. Joel found himself lost in the violence of the streets and sought direction. At age 23, he got together with his brother Richard, who had started rapping years prior. Together, they created a studio and Joel had plans of being a producer. That changed when his brother insisted that he feature on a track with him.

After getting positive feedback on his rapping, Joel became Lil Mexico HOV. His brother Richard was later a victim of a tragic murder, but Lil Mexico pushed forward inspired by the memory of his late brother. Teaming up with WOLFPACK Ent. and EMPIRE digital distributing, Lil Mexico HOV created a unique style and flow, and found his wave in the Latin trap scene. You can expect new singles from Lil Mexico HOV on a monthly basis.

You can listen to his music here.

Interview with SM aka Sick Minded