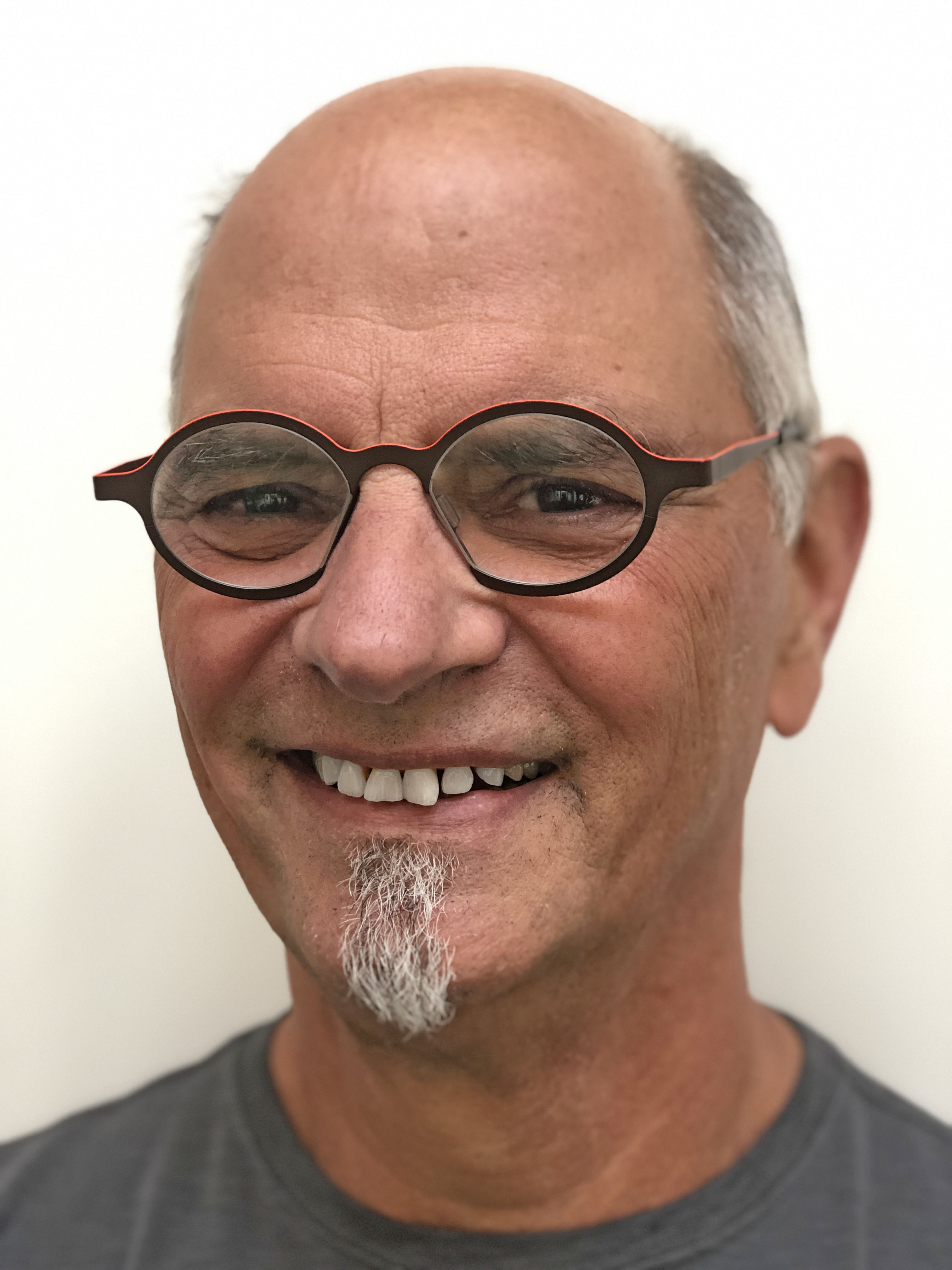 Joseph Kazden is an explorer at heart and his bestselling books Totls and Gita take readers along for an epic ride and then some. But this ride is one that takes on provocative topics, ranging from time, relativity theory, simultaneity, and quantum mechanics to consciousness, the nature of free will and wave particle duality. In both books, readers meet Socrates, as well as a diverse and provocative cast of characters, who help Kazden take readers on a grand adventure that will certainly have them thinking, dreaming, and wanting more. Recently we had a chance to interview Kazden so we could learn more about the man behind these groundbreaking books.

Totls is an extremely interesting and thought-provoking read. What was your inspiration for writing this rather epic book? Can you tell our readers what Totls means?

It is clear to those of us who seek to understand what lies below the obvious picture of reality that our consciousness supplies us that such reality contains a vast depth of untold secrets and surprises. When I first became truly interested in what Einsteins’ theory of relativity revealed about reality and the counterintuitive structure of the world around us I was hooked. That space and time were very different from the way we consciously experience them excited my curiosity to no end. But more importantly was Einsteins’ belief that our conscious experience of time was itself a very persistent illusion, which was most captivating.

What could be the source of this persistence that would maintain the illusion that time has an arrow, that it flows? I puzzled over this for decades believing that uncovering the mechanism that engenders this unidentified and stubborn persistence would reveal the illusion. Then one night in early 2012 I sat bolt upright from a deep sleep. My sudden movement awoke my wife who asked me in a concerned voice “are you alright?”. “I have to write something down.” I replied to her, knowing that if I didn’t immediately write this down I’d probably forget it in the morning.  Thus did I begin the path of a writer.

What awoke me was an ephemeral image of the source and nature of the persistence that maintains the illusory nature of time as we experience it. It took me some three years to transform that first ephemeral image into the book TotIs. In a nutshell it all comes down to the question “how do we know anything at all about our world?” and the answer is our marvelous and complicated bio-sensory system at the heart of our biology. Our biology and specifically, our central nervous system, fabricates for us an experience of reality from the disparate bio-sensors that transmit electro-chemical signals to the brain where those signals are collected, processed, interpreted and combined into a reality that we observe as outside of ourselves.

In fact this image that we observe with its sights, sounds, feelings, smells, emotions, the gamut, only exists within the corpus of our biology. What looks so real “out there” exists only “in here”, constructed from bio-sensory signals and presented to the conscious observer as reality. But it is not reality, it is an interpretation of reality, a simulation of reality, and as we all know, an interpretation of a thing is not the same as the thing itself. As conscious observers we do not so much live in the world as create an experience of a world we live in. This has important repercussions for both consciousness and observation.

To get to the bottom of the persistence I had to uncover the actual location of the conscious observer and found it hiding in plain sight. Consciousness as well as the observations and measurements made by it are manifest phenomena, that is, though time includes both a past and future, only the manifest present appears ‘real’ to consciousness.

For totIs reality, which is not relegated to comport with this illusory antIs reality, being is not conditional, it is absolute, in totIs reality there is only IS, no was or will be. I base this conclusion on the fact that observation is not an attribute of reality like wavelength or mass, totIs reality does not need to be observed to exist, in fact it can’t be observed at all, it is outside, beyond observation. Without an antIs ‘now’ moment there is no observation.

In the book TotIs I go into much more detail carefully laying out how biology creates an antIs experience while also incorporating the modern sciences, Relativity theory, Quantum theory, Biology, Psychology etc. into the discussion. The thinking is straightforward and clear and can be understood by anyone who wishes to take the time to read it. I hope this has piqued your curiosity and that you will pick up the book and see for yourself.

When readers finish reading Totls what are you hoping their take away is?

The core idea in TotIs is not new, the Hindu Vedas, specifically the Bhagavad Gita, and the Chinese Tao Te Ching elucidated a similar situation for conscious beings at least 2500 years ago, and most likely the concepts are older even than that. However the thinking is subtle and it is very difficult for a consciousness to accept that what our senses are telling us is an illusion. There is a very subtle power of anthropomorphism at play in the process, it’s not the simple imparting to objects and other things the qualities of human beings, but rather the fact that we cannot experience any other reality, by definition, other than antIs reality, it is a tautology the confines of which deny the observer any ability to ‘experience or observe’ totIs reality. But with the knowledge of the reality of totIs we can positively affect the quality of our lives here and now.

In the antIs world of our biology I am one thing among many other separate things. Things happen that impact me and I act in order to impact the many things out there. We are constantly acting and reacting to external circumstances, judging them with feelings either positive or negative. We feel that the only way to have an effect on the quality of our lives is to change or bend external circumstances toward something we desire or away from something we despise.

But antIs reality, being an interpretation, is open to other interpretations as well. In totIs reality without the flow of time, how can anything be seen to be separate. TotIs reality is a unity, the appearance of separateness is an illusion. Things don’t happen TO us, things happening IS us. The observer and the observed are two sides of one coin. In such a scenario the quality of our life is not based on the circumstances but rather our internal state.

What makes us happy is not a new car or a boy/girlfriend but rather the very state of being happy itself. The same is true for every other state our biology can create. With this understanding we can focus our being and energy on self-control instead of control of external circumstances. Of all the states of wellbeing I find contentment to be the most powerful. The content person has enough, always, they are not swayed by greed or loss. With ones desires in check one can see clearly that which needs to be done and when to do it. In the ancient times of the Vedas and the Tao, such knowledge led to what the practitioners called enlightenment. With a knowledge of totIs we can come to accept our fate as our teacher, and with an inner equanimity we can overcome even death, for as Albert Einstein said so clearly when eulogizing his friend Michele Besso “Now he has again preceded me a little in parting from this strange world. This has no importance. For people like us, who believe in physics, the separation between past, present, and future has only the importance of an admittedly tenacious illusion”

Writing a book can have lots of ups and downs, what was one of the challenges you faced while writing Totls?

TotIs was my very first book. I’ve written articles, presentations, commemorations, introductions, etc. but never a book. I never felt I had to until TotIs. At first I was writing in a pedantic style thinking I needed to explain these ideas almost textbook style, it was a mess. Every re-write became wordier than the last with no greater clarity. I could barely understand what I was writing myself. Then one day it dawned on me to set it up as a story concerning a number of characters who discuss the issues among themselves. Suddenly Plato’s Republic sprang to mind, having suffered through it in high school, but now  I realized I had a perfect setting for the book, a symposium with Socrates and fellow travelers questioning and discovering in a natural way. Amazingly I  found that the characters were already in me ready to speak, all I had to do was write down what they had to say, it was an illumination and in the end I loved the process as the story developed, surprising even me along the way.

While writing Totls did you learn anything new about yourself?

It seems I have to keep learning the same lesson over and over as it always appears in a new disguise following new challenges and that lesson is to trust my intuition, it is the best compass I have to navigate uncharted waters, and writing this book was indeed uncharted waters for me.

Do you have another book in the works or another project you can tell us about?

I am currently working on a re-interpretation of the Tao Te Ching by Lao Tzu. I want to focus on the core understanding of the Tao Te Ching that there exists a Source reality that is completely inaccessible to conscious observers yet it underlies all creation as we experience it and that experiences of the manifestations are likewise an illusion.

To find out more about Kazden and his work head over to his website.

Wendell Miracle Pialet, a Motivational Speaker and Influencer Giving Positive Hope to all