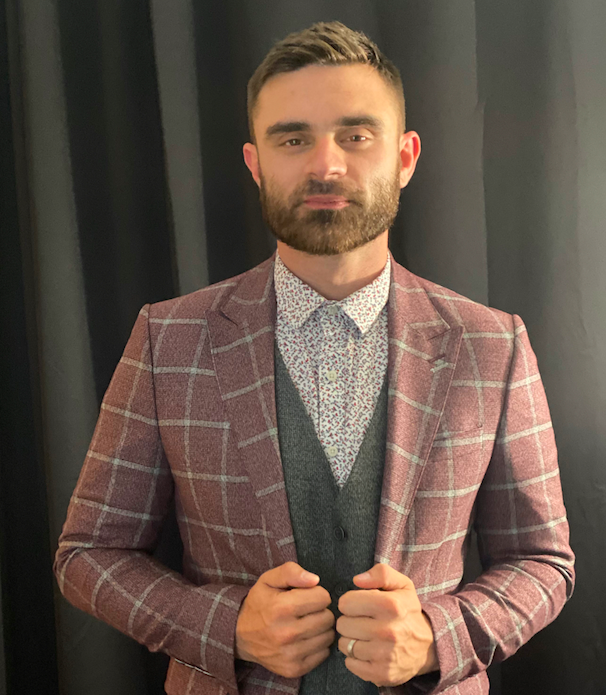 Like many young adolescents, Nick Mathews never believed that the need to be a part of a community would have led him down the path of addiction. Yet, after being introduced to marijuana by friends at the age of 11, then again to prescription pills at 14, he progressed through “every substance [he] could find,” until he eventually found himself on the receiving end of a heroin injection at 17. 3 years later, he had contracted Hepatitis C from injecting the opioid with a dirty needle, and shortly after that, at the age of only 20, Nick weighed a shocking 127 pounds and was experiencing symptoms of liver failure.

“I had just entered my twenties and my liver was shutting down,” Nick says. “I had no hope, no friends, and constantly felt alone and miserable.”

Though he had already informed his mother (who he lived with at the time) of his drug addiction, as well as an innate desire to be rehabilitated, he didn’t take to it. It wasn’t until his then-girlfriend found out of a possible pregnancy that Nick knew he had to make not just one drastic change to his lifestyle, but a series of them, in order to become a proper father. Though his then-girlfriend turned out to not actually be pregnant, Nick still recognizes this as the life-saving moment that made him commit to his journey of sobriety.

Similar to most addicts seeking rehabilitation, Nick’s journey along the path of sobriety was fraught with challenges, not the least of which he says was learning to find love, respect, and value within himself.

“As someone who was on the other side of rehabilitation, I like to think self-love, respect, and integrity are god-given rights as human beings,” Nick tells us. “You don’t need to get rich or famous, but you do need to find love and respect for yourself. I struggled so hard to find that due to the wreckage of my past and the feelings of self-doubt and self-loathing it instilled in me.”

Throughout his journey, Nick began to recognize a number of reasons why many addicts eschew or prematurely end their rehabilitation. As an addict himself, he knew that his substance abuse was not the problem itself. Rather, Nick understands that abuse was an attempt to solve common feelings like self-doubt and self-loathing caused by underlying mental conditions such as depression, anxiety, PTSD, and many others. When one of those solutions fails is when addicts begin to experiment with or use other, often stronger substances, perpetuating the vicious cycle of addiction.

“No one wakes up one day and says, ‘I think I want to try heroin,’” says Nick. “I wanted to create a rehabilitation center and process that encompassed not only the removal of substances from an addict’s life, but also treats that underlying condition of using as a solution to the problems in their life.”

The result comes in the form of Stillwater Behavioral Health: a dual-diagnosis treatment facility that removes addicts from abusive substances while also utilizing a team of certified clinical professionals who are able to teach addicts healthy coping mechanisms, as well as therapists and psychologists who can diagnose and treat the underlying conditions that can cause addiction.

“Cancer patients don’t want to get cancer,” Nick continues, “even cigarette smokers. You can find empathy for that cancer patient, but the common perception with alcoholics and addicts who relapse over and over is that they’re doing this themselves, so sympathy or empathy towards them starts to dull.”

As Nick explains, it’s a natural response as humans to want to jump off a ship when we know it’s sinking. Unfortunately, in this case, that “ship” is the addict who often gets locked in prison, or worse, so in an effort to protect ourselves from their destructive behaviors, we lose compassion towards them.

“I wanted to build a system where self-care for clients and staff was at the forefront of everything we do to create a healing culture of people who rally and support one another,” Nick adds. “My goal with Stillwater is to be able to give back to my community, contribute a solution that is bigger than me, and teach anyone suffering that they are not alone. We will care about you until you learn how to care about yourself. We can teach you how to truly exist in this life and we can contribute to sustainable solutions for a worldwide problem. No one is unfixable.”

According to the CDC, as of June 2020, roughly 13% of all Americans and 40% of American adults admitted to starting or increasing substance use as a way of coping with stress or emotions related to COVID-19. Overdoses related to drug and substance abuse were responsible for approximately 81,000 deaths last year, and another 47,000 lives were lost due to addiction-related suicides.

“If I can help just one person from becoming one of those statistics, I believe that I’ve done my job, but that is why we need to act now.”

The Power of Mentoring: Towards a Bright Future