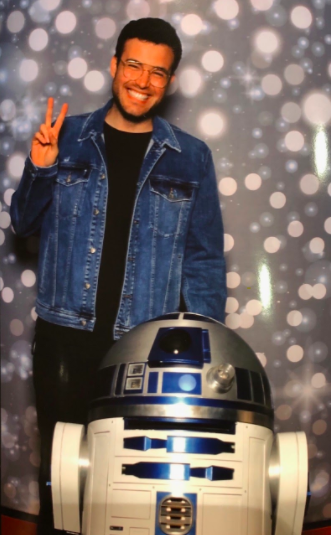 The gaming industry is the biggest phenomena sweeping the world today. The beauty of gaming is that it brings vastly different people together. Esports  professor Jimmy Baratta is one of those unlikely people that have transitioned out of a traditional path and into esports. He was formerly trained as a civil litigation attorney in California. Despite his tremendous success, he always knew that video games would always be his number one passion.

Jimmy Baratta formed his esports consultancy business FT Empire in 2017. Through FT Empire, his first project was ICEBRKRSCLAN. ICE has now garnered over 2M followers downstream across their network of niche gaming pages. He also consults in business development for entertainment law firm Granderson des Rochers to their many talents that are also invested in the gaming scene. In 2018, FaZe Clan seed investor Dave Chen and Jimmy Baratta founded a Non-Profit Collegiate Esports League called the NACL. The NACL’s success led it to be featured in Forbes and Yahoo Finance this past year, and lead to partners including David Meltzer of Sports 1 Marketing, Lawrence Chia the CEO of Samling, and Mark Cuban’s 3 Commas Clothing. In 2020, Jimmy Baratta welcomed the tumultuous year with a bang. As director of talent for VY Esports on their event: EDGE, he demonstrated the strength of his esports network and managed to feature guests from FaZe Clan, Team Liquid, and more, on a livestream event in partnership with GameStop and American Eagle to promote mental health awareness. Jimmy Baratta certainly seems to have his hands full. He actively consults for XSET and calls their Chief Business Officer, GRAMMY nominated and multi-platinum selling music executive, Clinton Sparks a mentor and friend. He also advises The Esportz Network – the top authority in esports media. He is also the head of user acquisition for software developer Wizard Labs. You may be familiar with Wizard’s CEO Royce Disini, who made headlines with his massive hit company Mobcrush. Not to mention, Jimmy is also VP of Special Events for XR Sports, a white glove tournament solution whose stellar team includes Kedreon Cole and Hector Rodriguez.

Recently this October, Jimmy Baratta accepted a role with the University of California Irvine to become a professor of esports. UCI was the first public university to create an official esports program and is regarded as one of the best and most comprehensive in the world. With a successful course in computer game sciences, and one of the most enthusiastic gaming communities, esports at UCI is sure to thrive. Jimmy Baratta firmly believes that gaming is a global unifier. He states that UCI’s pillars of community, academics and research, competition, entertainment, and careers all resonated with his experience, and passion. Jimmy himself came from such a different background, yet he still managed to come back to gaming after all his years of success through his founding of competitive leagues, clients from the world of entertainment, and his parent’s emphasis on giving back to the community.

In the near future, Jimmy hopes to continue to inspire the youth through his philanthropic and efforts in education. He hopes to maintain his professorship with the University of California Irvine and is extremely grateful to be working with their elite gaming program. His passion seems to fuel his determination. It is incredibly exciting to see such a man reach his full potential by doing what he loves.

Find out more about Jimmy Baratta and everything he does by checking out his LinkedIn page.