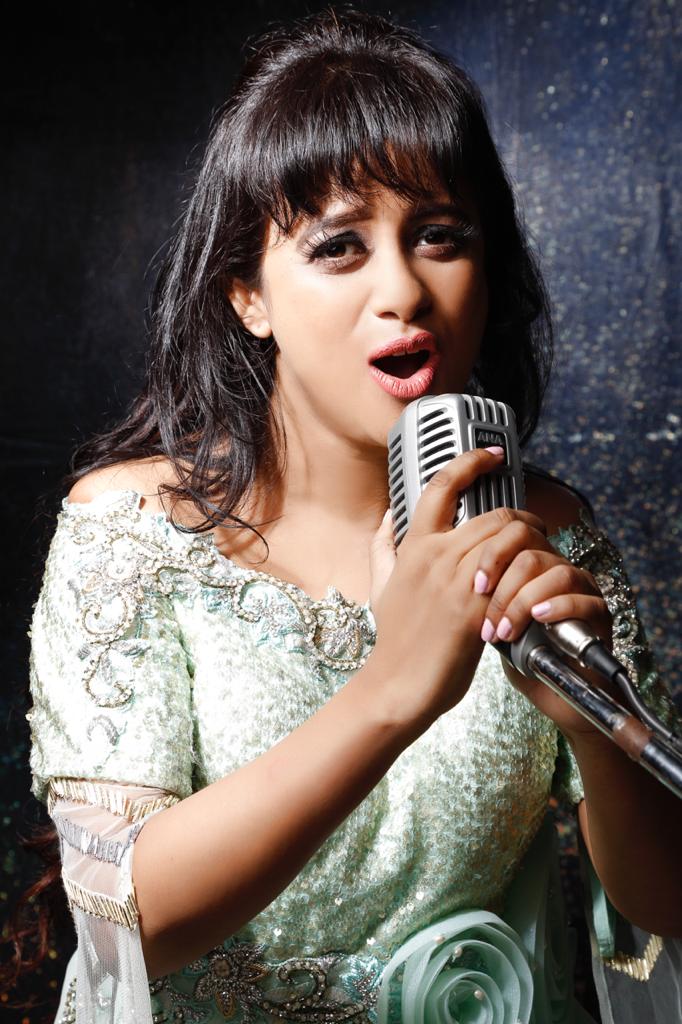 Parijoon Immy is bringing Assamese music to the world through her powerful tribute to the state’s iconic artists.

To a Western ear, there is something mystical and exotic about Indian music. The harmony, melody, tonality, and rhythms of traditional Indian music differ vastly in terms of musicality and complexity to that of the Western world. The genres are so different, in fact, that it’s hard to imagine a fusion between them could be possible.

One artist is successfully managing to achieve this, however –Parijoon Immy. Her music beautifully blends traditional Assamese music with contemporary Western genres, such as jazz, rock, and country. And it does it in a way you’ll find unforgettable.

What is Assamese music, you ask?

It’s Indian music, but not like anything you may have heard before. Most people think of Classical or Bollywood styles when they think of Indian music, but the music from Immy’s home state has its own unique sound. Assam is a northeastern region of India that borders on China, and the music that originates there has fascinating East Asian influences. This is especially evident in the descending pentatonic scale, which sets it apart from other Indian traditional music.

The songs are beautiful, melodious, and passionate. They speak of intense love, of loss, of hope, and of sorrow. They fill the listener with bittersweet longing and will take you on an emotional, soul-stirring journey – even if the language is unfamiliar to you.

Immy’s moving renditions of some of Assam’s most beloved songs display this perfectly. Her heart-rendering, emotive performances draw the listener into the heart of the original song and will captivate you with the very essence of its meaning – which is something that transcends language and words.

Assamese music is taken to a world stage for the first time.

Parijoon Immy is the perhaps one of the first artist from the region that has ever successfully brought Assamese music to the world, and she has done it in an ingenious way. She skillfully combines the most iconic music of her homeland with more contemporary genres and Western instruments.

Some would call it fusion, but it’s more than that. Immy has been careful not to lose the distinctive essence of Assamese music. In her own creative style, which she describes as retro-fit, she presents everything that is uniquely Assamese while modernizing and updating it to make it accessible to a Western audience.

This style has been very well-received by musical connoisseurs. She and her band “Immy and the Mahoots” were invited by Global Arts Live to perform at the international music festival CRASHFEST 2020 in Boston, where she now lives. At the festival, her performance drew a crowd of 1,000+ people. Music lovers filled the main stage area and eventually overflowed into the bar area in an effort to hear her music.

The event organizers praised her for the perfect example of world music that her style presents – respecting both Assamese and Western culture in a manner that allows both to shine even more than they would on their own.

Parijoon Immy has been very selective about the Assamese songs that she’s chosen to bring to the world. Her YouTube channel offers a tribute series to artists like Zubeen Garg, Dipali Barthakur, Dr. Bhupen Hazarika, Dipali Borthakur, and Pratima Barua Pandey – celebrating their profound legacy with her own artistic flair.

Her tribute collection currently consists of the following:

She’ll be releasing another powerful tribute in the coming weeks – an enchanting cover of “Hostir Konya,” a beautiful song about an elephant rider’s wife or otherwise called the mahout’s wife.

With each of these songs, she’s taken great care to preserve the authenticity of the original song despite updating it with a modernized sound. The effect is striking, and it’s skillfully introducing a younger Assamese generation, as well as a global audience, to traditional music that may otherwise have been overlooked. This will be followed by an original folk fusion song sung by Parijoon Immy called ‘Hori Hey” which is a prayer to Mother Nature that she’s chosen in response to the COVID-19 crisis that has created a global pandemic.

If your curiosity is piqued, be sure to check out Immy’s website https://www.parijoonimmy.com/, where you’ll also find links to her social media pages. You’ll be glad you did.