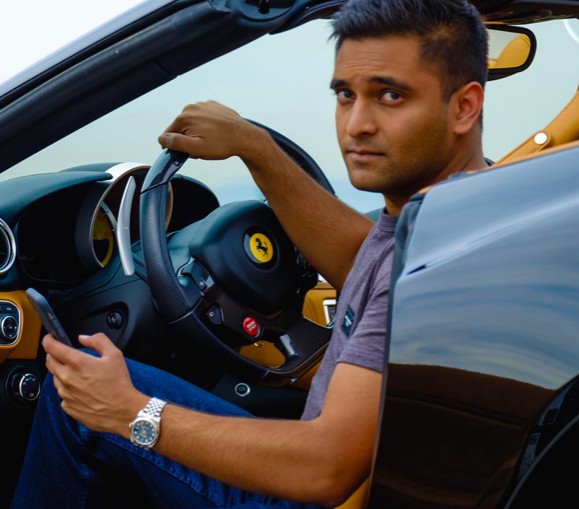 Dave Shah is an entrepreneur who spent his teen years as a professional kiteboarder. After starting the sport at the age of 8, he quickly picked it up and was entering competitions by 2013, at the age of 15. At the height of his professional career, he was sponsored by brands such as GoPro, Maui Jim and Dakine, and traveled all over the world. Throughout his travels, Dave was introduced to entrepreneurs in a wide range of industries, which began forming the entrepreneurial mindset that resulted with him co-founding Wve Labs, a Los Angeles-based creative marketing and software design and development company with offices around the world.

Co-founding Wve Labs has allowed Dave the opportunity to apply the leadership skills he began learning at a young age, now as the CEO of a company that has a global team. Since co-founding the company in 2015, Dave has been the force behind the growth of Wve Labs, which has worked on countless projects with early stage startups and Fortune 500 companies alike. With the goal of optimizing the design and development process while providing the most value to its clients, Wve Labs has flourished with Dave at the helm.

While Dave started the company at such a young age, it wasn’t by chance that he got into the software development industry. While attending high school at Sage Hill School in Orange County, when he was still in the midst of his kiteboarding career and before he started Wve Labs, Dave partnered with a third-party developer to build a mobile app that would offer food delivery services to college students. While the app became successful after its launch, Dave noticed shortcomings throughout the design and development process that seemed to be common across the mobile development industry.

While building the app, named Crave on Campus, Dave reflected on his experience with third party developers and wondered how he could capitalize on what was obviously a flaw in the industry, and Wve Labs was born. What Dave really noticed during his experience was that most of the developers he worked with seemed to follow their own agenda, and not the agenda of the clients they were dealing with. Along with this, Dave realized that development companies would build more successful platforms if they took a collaborative approach with their clients, working with them to build beautiful mobile apps rather than taking the approach of a hired gun.

Now almost five years old, Wve Labs has flourished by sticking to the original vision that Dave had when they started the company. Wve Labs builds beautiful products across platforms, and also offers graphic design, branding, UI/UX design, and digital marketing services, making them a true end to end solution for their clients. Dave has partnered with successful startups and established companies in advancing their business goals, while offering the insight that helps their final products flourish. While Wve Labs has become successful relatively quickly, the continued growth and success of the company can be credited to the passion and innovative approach Dave has imparted on the company, as well as the value they continue to offer their clients.

Results that Speak: How Sal Jobe is Capitalising on Talent Management