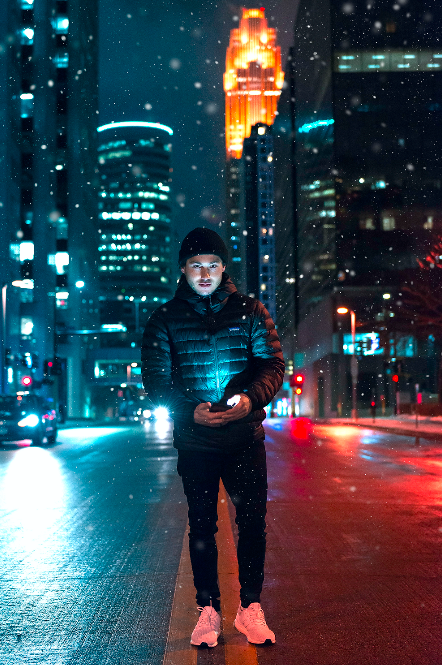 Success in any industry doesn’t come overnight, and this is especially true for those in the entertainment industry. The amount of aspiring talents from musicians, to artists, to actors is immense, and getting your foot in the door can be an almost impossible challenge. Yet, despite the difficulty of building a career in entertainment, Daniel Pinder has managed to solidify himself prominent roles in the acting industry.

Daniel’s success didn’t come without struggle, however. Growing up in Fargo, North Dakota, he had little to no opportunities to begin an acting career in television or film. After graduating highschool, Daniel took his search elsewhere in the Midwest, finally finding opportunities in Minneapolis, Minnesota, and Chicago, Illinois. His first big break would come when he was given a role in the first season of NBC’s hit drama Chicago PD.

Daniel’s role in Chicago PD would serve as a gateway into other aspects of the industry. He would later go on set for the production of ‘We Are Your Friends’ with Zac Efron to help with the skateboarding in the film. After much effort and learning the ins and outs of the industry, Daniel has now recently landed massive roles in upcoming projects.

Daniel landed the lead role of “Kai” in Garrison 7: The Fallen alongside Game of Thrones star Ian Beattie. The new massive franchise could serve to be a long and successful part of Daniel’s career that would solidify him in Hollywood history. In addition to the Garrison 7 role, he also has roles in the upcoming productions The Fallen and Lincoln Road.

Things are starting to look very bright for Daniel Pinder and his acting career. As things are starting to ramp up for the young actor, he becomes a great example of perseverance in the entertainment industry, and proof that hard work can make big things happen. Daniel will likely become a face you’ll be seeing in massive productions for years to come.

You can find Daniel Pinder online below: