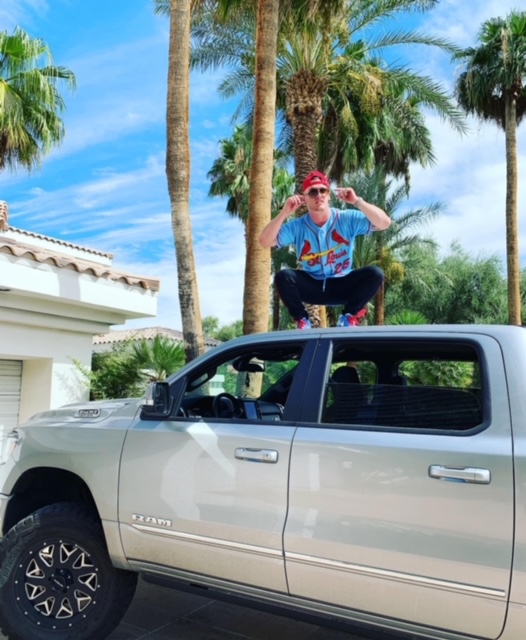 There are all too many aspiring entrepreneurs who have a paralyzing fear of taking risks. Cody Vaujin, the creator of Codycoverspreads, is not one of them. His journey into sports handicapping started very early on, but he was virtually fearless from the beginning. Cody recalls entering a handicapping competition where he was up against 100 of the industry’s most successful names, and he managed to come out on top and win, to everyone’s dismay. “I was so driven and confident. I believe that first, you have to win in your own mind, and then that becomes a reality,” Cody says.

After his historic win, Vaujin knew that he had found his calling. He dropped out of college right away and focused on his own business. Today, he is followed by more than 210,000 people on Instagram and has helped over 50,000 customers gain knowledge and devise strategies in the sports handicapping industry, as he is currently running Codycoverspreads, which is one of the most celebrated sports handicapping resources out there.

Cody recalls a massive win that he achieved after dropping out of college. “I wanted to make a name for myself in Las Vegas. So I quit college and just went there. Six months into my work, I turned $5,000 into a $4 million profit. I felt incredible, and that definitely affirmed my belief that I was right for this industry,” he shares.

To Vaujin, it all comes down to helping people achieve financial freedom. “I wanted to create a resource that would help people become financially independent and beat their bookies. As I saw my bankroll quickly swell up, I knew that I couldn’t miss out on this opportunity. I had to strike right away,” he says.

Cody is drastically different from the competition; not a single handicapper can beat Cody’s 77% accuracy rate. This is why Vaujin is often referred to as the “GOAT” of the sports handicapping industry. His secret is that he is exceptionally gifted in math, which allows him to think outside of the box, spot patterns, and crunch huge numbers in extremely short periods of time with maximum precision.

Not only that, but Vaujin has an unmatched level of confidence that isn’t usual for the industry or for his competitors. To him, fostering his inner confidence is essential. With this overflowing confidence, risks invigorate Cody instead of frightening him. He took his first significant financial risk after winning the sports handicapping competition. “I remember this vividly. I put everything I had on this six-team parlay and made $215,000. Handicapping large amounts of money may seem scary to some, but to me, it’s not only exciting, it actually fuels my soul,” he says.

His bankroll management technique has caught the attention of thousands of people who are eager to learn from Vaujin and apply his methods in order to ignite their own growth. His following keeps expanding and propelling the entrepreneur to new heights, and he’s excited to be the guiding light for all of his fans and aspiring entrepreneurs.

Keep up with Cody and his latest insights by following him on Instagram.

This Is America: Prxscott’s Black People in Oregon? Is a Reflection of Urban America