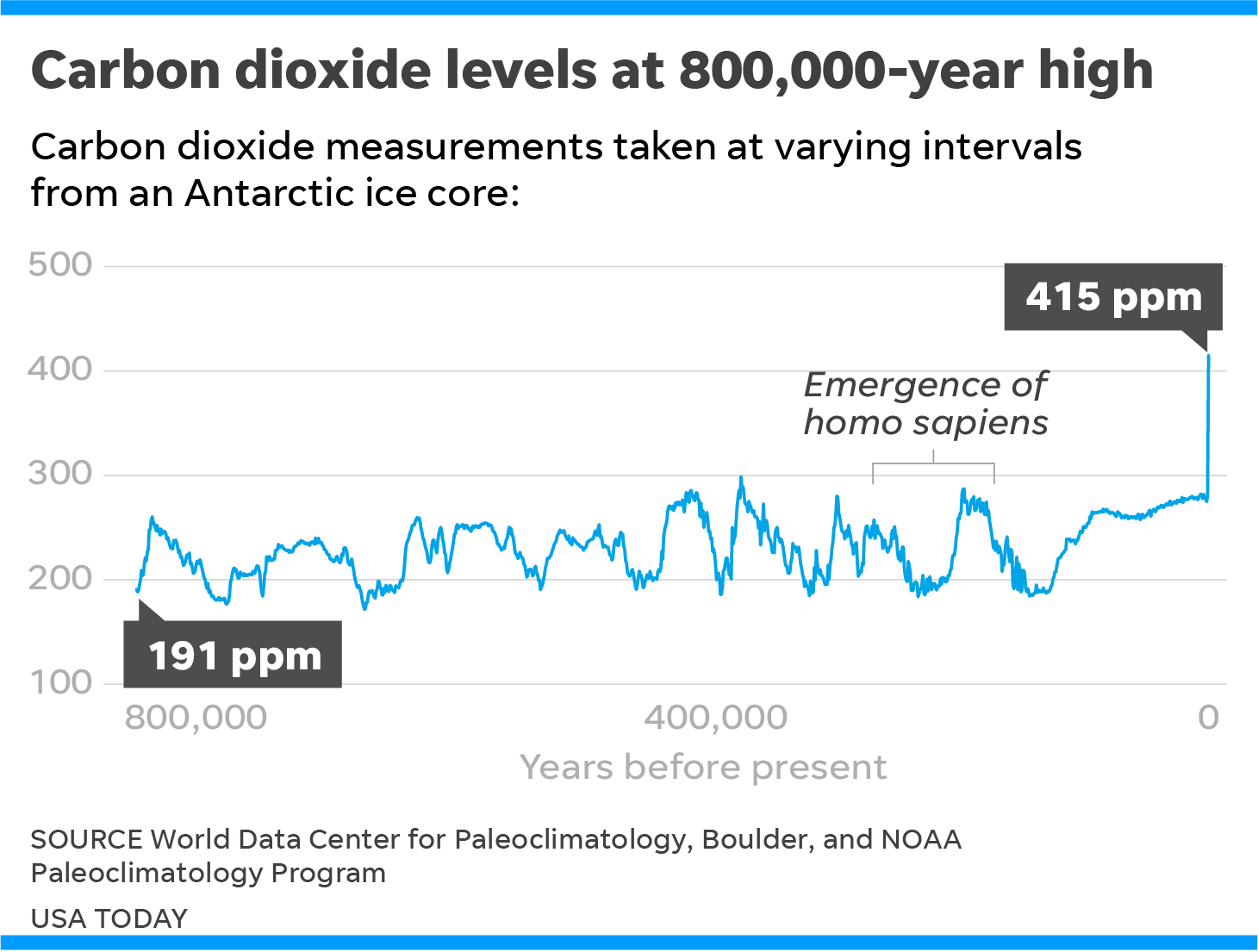 The very fact that human beings are emitting more of carbon dioxide in the atmosphere is known; however, the level at which the trace gas is accumulating in the atmosphere still continues to take the researchers by surprise. According to a CNN report, the latest atmospheric carbon dioxide level readings reveal that it has now reached an alarming milestone over the weekend than seen ever before in human history and has surpassed 415 parts per million (ppm).

The levels of carbon dioxide didn’t surpass 300 ppm over the last 800,000 years, as per a report in USA Today. In fact, a study published in April utilized computer models to determine if the current carbon dioxide levels are the highest ever recorded in the past 3mn years. The study further showed that the present levels would have remained at about 280 ppm if humans didn’t burn so such extreme amount of fossil fuels, thus resulting in climate change.

Notably, 350 ppm is the carbon dioxide concentration which the experts consider as safe. However, with such drastic increase in the levels, the global temperature are expected to rise simultaneously and the effect this will have on the planet is yet unknown, warn the researchers.

Lexington city will not recycle paper products any more