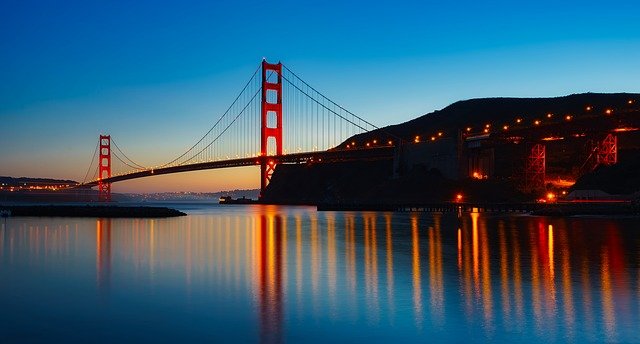 The history of gambling in the Golden Bear State goes back to the 1800s. California became one of the US states in 1850 and before 1850, poker games were played at saloons.

Around the same time, several other states introduced new gambling forms and regulations and Californian legislators decided to follow their steps. Back in the day, the brand-new California state constitution referred to the game of poker as a game of skill and not a game of chance.

In the late 1800s, poker rooms and card clubs continued to attract gamblers throughout the state, and fast forward to 2021, there are over one hundred gambling establishments within the state’s borders. However, the very first casinos emerged in the state almost one hundred and fifty years later.

Before the very first brick-and-mortar venues opened their doors, residents of Californian engaged in horse race betting after it was legalized in 1933. Almost one century later in 1984, the very first Californian lottery system was created. From very humble beginnings, the state’s lottery scheme became a multi-million dollar-worth industry.

In the early 1980s, the very first bingo halls were established by Native American tribes. Then, in 1987 the United States Supreme Court ruled that the state of California cannot outlaw or prohibit gambling activities on tribal land, more gambling establishments emerged across the state.

At present, the state of California is home to over sixty tribal casinos that include over 2,000 classic table games and over 70,000 slots.

Status of Online Gambling in California

As explained in detail at Americagambles.com, the state of California is not one of many US states that have already legalized some or all forms of online gambling. As of right now, online gambling activities have been legalized in Pennsylvania, Delaware, Michigan, Wyoming, Colorado, and New Jersey among other states.

Legal forms of gambling in the state of California include tribal casinos, licensed cardrooms, horse racing betting, parimutuel betting, and the State Lottery.

According to federal and state criminal laws, skill and social gaming within the state’s border is permitted but not regulated. In the land-based form, gambling activities are regulated by the California Gambling Control Commission alongside different tribal authorities and the Bureau of Gambling Control.

Speaking of the California land-based casino industry, all casinos are operated by federally-recognized Indian tribes, so Indian tribes in the state have a monopoly on casino gambling establishments.

California tribal casinos accumulate over $8 billion per year in gambling revenues as revealed by the California Gambling Control Commission. Leaders of tribal organizations are looking forward to seizing the amazing opportunities that online gambling brings.

Following the footsteps of many other US states, the state of California is very close to legalizing online gambling activities. In 2022, when the Covid-19 pandemic is hopefully behind us, the state’s legislators and voters will decide whether to allow online casino and online sports betting in the state and by all accounts, online gambling seems to be finally coming to the most populous state.

Three times in the state’s history legislators and voters have changed gambling-related constitutional amendments.The first amendment was made in 1984 to launch lotteries. Two other amendments were made in 1998 and 2000 and both allowed Indian tribal organizations to open and run casinos.

In November 2022, voters will be asked to legalize sports betting on college and professional sports and California tribal organizations want the iGaming market all for themselves. This does not come as a surprise as they are looking for new opportunities to strengthen their casino monopoly.

Native American tribes such as the Federated Indians of Graton Rancheria are among the biggest supporters of one specific ballot measure that seeks to legalize online sports betting. If next year Californian voters decide to support the ballot measure, the state of California is deemed to become home to one the most profitable online sports betting industries in the USA.