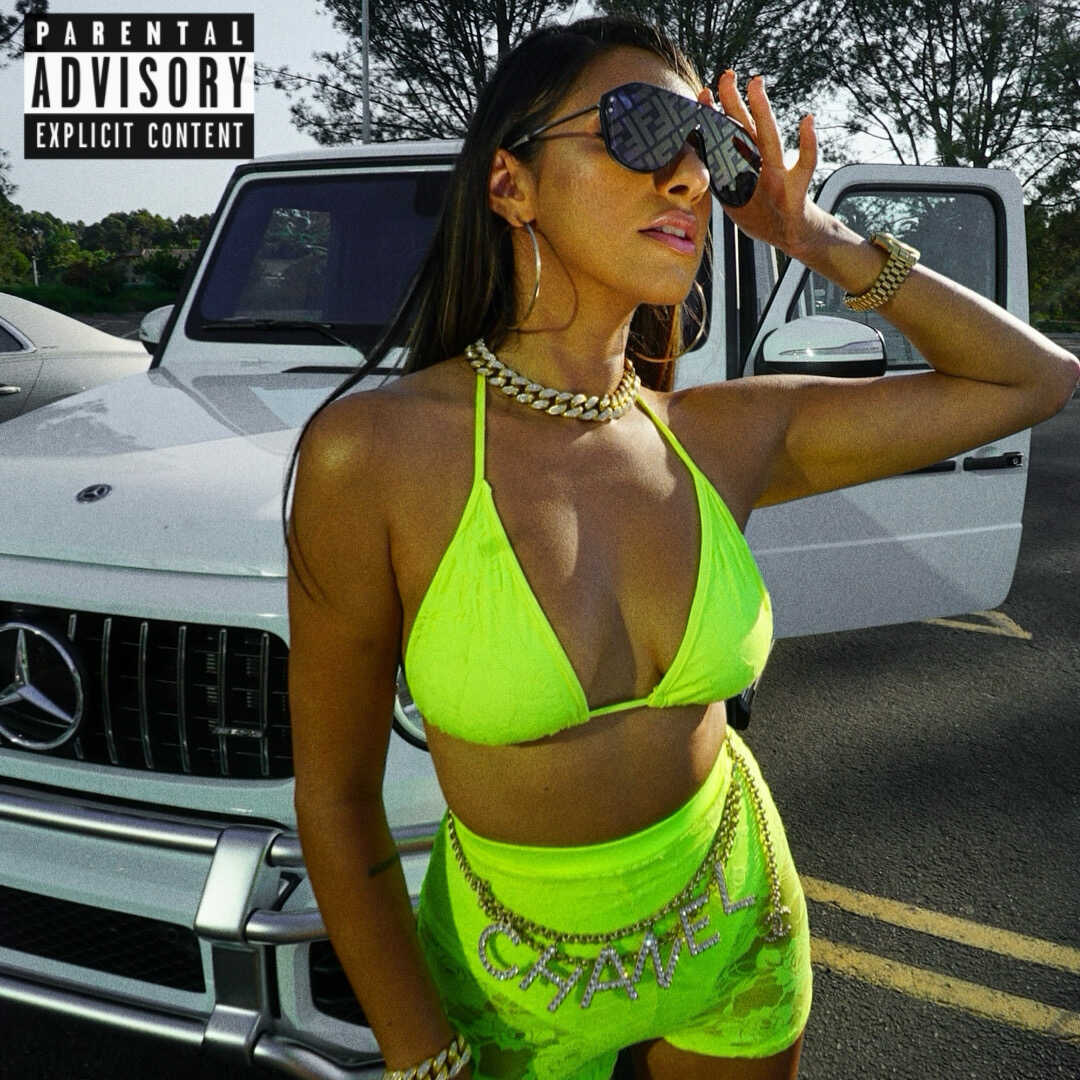 The music video begins in the driver’s seat of a Mercedes G-Wagen. Followed by a quick, cellphone conversation with the highly acclaimed, Toronto-based Canadian rapper, Fateh, Joty Kay begins tearing through her verse. As powerful as the Ferrari and Bentley parked vehicles that she uses as her backdrop are, so is Joty. The high-octane delivery of her witty lyrics coupled with her confident demeanor is just a subplot for who Joty is and how she exactly got to where she is.

“Growing up in an Indian family, not fitting in, and moving around a lot was difficult”, explains Joty Kay on her early upbringing. “I always felt like the outcast in school and would do anything to fit in and have friends.”

But there was an escape as Joty recounts. “Social media helped me gain confidence that I lost at home. Vine helped me escape my reality and generate followers who like me for my comedy and entertainment.”

As if finding her identity was not tough enough, coping with her father’s drug addiction became a boiling point. Her life at home was too toxic for a growing girl. That is when she made the conscious decision to take life into her own hands. It was time for a fresh start.

Moving to Los Angeles was the place Joty would now call home. But success would not come instantly. “I was sleeping on couches, working two and three jobs. I had three roommates just to pay the rent,” explains Joty on her tough transition to make a new life.

But things would change for the better. After learning about podcasting people began listening. Her opinions and stories mattered to the outside world.

Now able to claim 100 million views on her Vine and 70,000 supporters and counting, Joty is seeing the fruits of her labor. She is breaking down ethnic barriers and teaching young Indian women that they too have a voice.

Joty Kay has now been able to breach the hip-hop world. There is no doubt that this could be one of her toughest challenges yet. But if her first single performance, “Jyotiana” (Feat Fateh & Amar Sandhu) [Remix] is any indication than her success has no limit.

Joty’s single “Jyotiana” is a playful remix of the popular song “Jyotiana” that began crushing YouTube with its official video release back in April 2020. The beat, produced by Evince and A. Singh, rings with synthesized vocals and hard-hitting drops in the bass department. Joty brings to the revitalized remix a sense of hunger and determination. Her delivery is no-nonsense. It is based on power and strength, the same characteristics that Joty has crafted for herself through grinding and fighting her way to the top.

As seen in the video version of the single, Joty is not afraid to identify with her culture. In fact, it has become part of her MO. As Joty puts it, “I am an American born Indian girl who wants to break Indian norms, stereotypes, and barriers that are apart of our community. I want to encourage Indian girls to follow their dreams and not feel like an embarrassment because they are different or feel they are different.”

To stream Joty Kay’s single, “Jyotiana” on all platforms click here. You can also visit her Instagram at Instagram.com/jotykay.