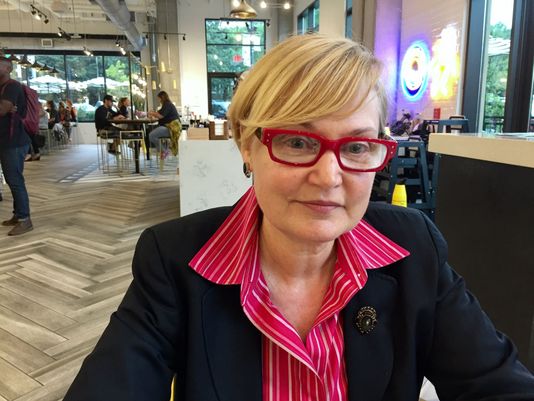 Every once in a while a book comes along that really blows away the competition and this time Kelly Oliver’s breakout novel Betrayal at Ravenswick A Fiona Figg Mystery has done just that and more. Oliver takes readers deep into World War I in a way that will make you feel like you have been teleported to another world, where Fiona Figg, the book’s protagonist, and newbie spy is dead set on solving a mystery and saving the world. Along the way she meets a cast of characters that come to life before your eyes and take you into a story, you won’t want to end. But never fear Oliver is a rather prolific writer and there are more books on the horizon. We wanted to find out more about this sensational writer, and of course had some questions for her.

Can you tell us how you got the idea for the plot you have developed for Betrayal at Ravenswick A Fiona Figg Mystery?

This is my first historical novel and I had such a great time doing the historical research. The turning point in my plot was the discovery of a real life spy named Fritz Duquesne who used the alias Fredrick Fredricks (among others). He is quite a character in his own right. Betrayal at Ravenswick was originally conceived as a closed mansion mystery ala Agatha Christie until I decided the antagonist would be Fredrick Fredricks. At that point, the book became a closed door mystery embedded in a larger mystery involving espionage in WW1. This turn gave the novel a lot more novels and some interesting historical anchors.

There are so many genres today that authors write in, how did you come about writing in the Thriller and Mystery genres and why?

Five years ago, the very weekend I decided I wanted to write a novel, I discovered the Killer Nashville Mystery Writers Convention was happening in my hometown, Nashville. I went to Killer Nashville and then the next week started writing my first novel, WOLF A Jessica James Mystery.

But, growing up, I wanted to be either a teacher or a detective. I wandered around at recess talking into my spy-shoe (ala Get Smart). Okay, I was a weirdo. I ended up getting my PhD in philosophy and becoming a philosophy professor, which is a lot like being a detective…instead of looking for clues to a crime, as philosophers, we look for clues as to the meaning of life.

You are a rather prolific writer and have penned many bestsellers. How old were you when you decided that you wanted to be a writer, and why?

As I said, I wanted to be a teacher or a detective. I went to grad school and became a teacher. But, as a university professor, I also entered the world of “publish or perish.” I discovered that I love writing! For me it became publish to live and thrive. Now, I’m happiest when I’m writing. And writing fiction is so much fun. Sure, writing a book is a lot of hard work, but it’s also so fulfilling.

While writing this book what challenges did you face? How did you resolve them?

I actually wrote at least three versions of this book because I kept changing the antagonist. Finally, when I settled on Fredrick Fredricks, it all fell into place. I’m so grateful to Level Best Books for working with me and supporting me as I radically changed the novel several times. Hopefully, it’s better for all those changes.

Last but not least can you tell us what is the next book brewing?

You can find Betrayal at Ravenswick A Fiona Figg Mystery where ever books are sold online, and more information about Kelly Oliver on her website.