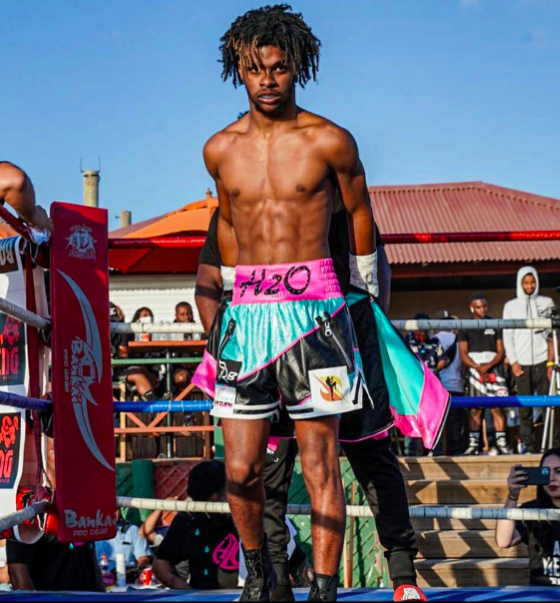 Coming events cast their shadows long before, a 16 year old teenager Ashton Sylve, is on verge of being a history making legend. He is already a 10-time national amateur boxing champion and two-time international champion. Sylve is dancing with success in and out of the ring, at only being just 16, he has turned into a professional and got his first and second victory by technical knock-out.

Born and raised in North Long Beach, he was reared in an athletic environment with a lot of distractions. He is a natural boxer, who has practiced hard with his dad. Sylve had his first match at the age of 6 and ever since he has been unstoppable. He has been trained at JackRabbit Boxing, this teen boxer has spared many World champions.

Ashton Sylve has earned the nickname “H2O” because of his fluid style in the ring and has been endorsed by legends like Floyd Mayweather Jr., Snoop Dogg, Sal Jobe and First Access Sports. The future belongs to those, who believe in the beauty of their dreams, this 16 year old pro boxer, gained recognition in the international boxing ring in 2017 with his stellar win at an elite international boxing competition in Ireland. Sylve has really invested in his game and proven that if you don’t go after you want you will never get it.

He was invited in 2012 to Mayweather’s camp as he prepared for his 2012 bout with Miguel Coto. Sylve has been advised by Sal Jobe and Oli Ward. Sal an actor turned famous sports agent and Oli who runs the global agency First Access Sports are taking his career to another level. Jobe said, Ashton is not a boxer who is going to win by a narrow margin, he floats like a butterfly and he is courageous enough to take risks and will soon accomplish what no boxer has achieved in history.

Only a fighter like Ashton Sylve, knows how to dominate from the off and carries always the extra skill it takes to win, when the match. Sylve said to Jobe that he doesn’t want to be like any other boxer, he wants to be a multi division champion in his own style and right. Jobe shares “What you are thinking is what you become” and really Ashton Sylve, is not going to be just a boxer but he is set to become a boxing phenomenon.

Really this 16 year old pro boxer is set to disrupt the boxing world for sure he wont count the days, but he will make the days count.