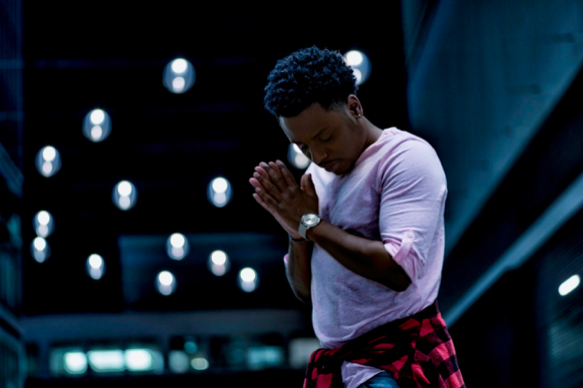 Rhythm and Blues, commonly referred to as R&B, is one of the most popular music genres. It combines emotions in its purest forms with hypnotic notes, mesmerizing tunes, melodies that tantalize the soul, and lyrics that reflect life’s reality. Since the ‘90s, a decline of this genre has been observed, making the music lovers ask the question, “Is R&B really dead?”

Proving to the world that the genre is still thriving is the renowned R&B music artists who are determined to keep this form of music alive for all the generations to come. Music artists such as Beyoncé and Rihanna are the ones keeping up the R&B scene in the American music industry. Serving as an inspiration for many, these singers have attracted the younger generation to step into the R&B world. Lil Keed, Pop Smoke, Guapdad 4000, and Rod Wave are some of the young artists who have helped this genre acquire an entirely new fanbase.

Another name that is gaining momentum in the American music industry, specifically in R&B and Pop, is that of Mandell Scott. With a powerful debut single, “Found Love,” Mandell has proved his worth in the world of music. The fact that Mandell was a bank manager before he embraced music as his career has come as a shock to many, helping him build a wide network of fans and ‘admirers.’

Born in Detroit, Mandell Scott Jr was an owner of a shy personality. His childhood was much about ‘religiously watching Michael Jackson’s “Moonwalker” and “Man in the Mirror” on VHS.’ Growing up listening to music, and watching Michael Jackson steal the hearts of the masses with his flawless moves paved the way towards a dream of stepping into the entertainment world.

The young Mandell was an exceptional dancer with moves that could impress the world. Due to his shy personality, he avoided performing in front of crowds. Despite that, his loving family members, who were supportive of his interests and passions, encouraged him to perform at family gatherings. It did help him gain confidence, but there was still a long way to go.

In addition to dancing, there was another skill he was good at – singing. It was a hidden skill that no one was aware of; even Mandell did not realize that he had the potential to pursue singing as a career. He was fond of music, and it helped him through most of his life. He used to tune in to the radio and sing-along the songs that gave birth to his nickname, ‘Radio.’ His friends started calling him with that name, not realizing the potential the young Mandell had within him.

As he grew up, he began listening to Beyoncé’, Usher, Avant, and Sam Cooke. All these musicians served as an inspiration for him. While he admired Beyoncé’s work ethics, he respected how Usher, Avant, and Sam Cooke were capable of evoking emotions among the listeners with their music. He fell in deep admiration with the work of these artists, and they became a source of inspiration and motivation for him.

The passion for music kept brewing in his heart, and listening to these music artists served as a form of inspiration. Together with his inspiration, his passion paved the way for a dream to instill happiness, joy, and peace among people through his own music.

Making a Mark in the Music Industry…

Mandell Scott’s tracks such as “Found Love” and “I Think I Love You,” have established him as a promising music artist in the industry. His music combines the beauty of R&B with a voice that reaches directly to the soul. Even though he had just stepped into the music world just two years ago, his brief time in this industry has been impactful and has even helped him establish a widespread fanbase.

His first performance at SXSW convinced the music enthusiasts that Mandell is an artist to look for and follow. The performance was a milestone in his music career, and it made Mandell a prominent part of the industry. Mandell moved to Atlanta and left his hometown to pursue his music and give a new voice to the R&B and Pop music genre. The focus of his music is to instill emotions among the listeners, but it is also his attempt to build a legacy. He states, “I want to leave a piece of me that will live on forever. I want to make timeless music that will be relevant 50 years from now.”

The 34-year-old singer, Mandell, has released his debut EP, “Broken Vinyl,” which is expected to acquire attention from R&B fans from all across the globe. He is a man with pure talent with a booming baritone signature style with lyrics that are seductive, sensual, and powerful. Mandell, whose music is a form of aural magnetism, is an addition to the American R&B and Pop Music scene and an artist with the potential to top the charts.

SCARYFLIX Coming to Netflix in 2021