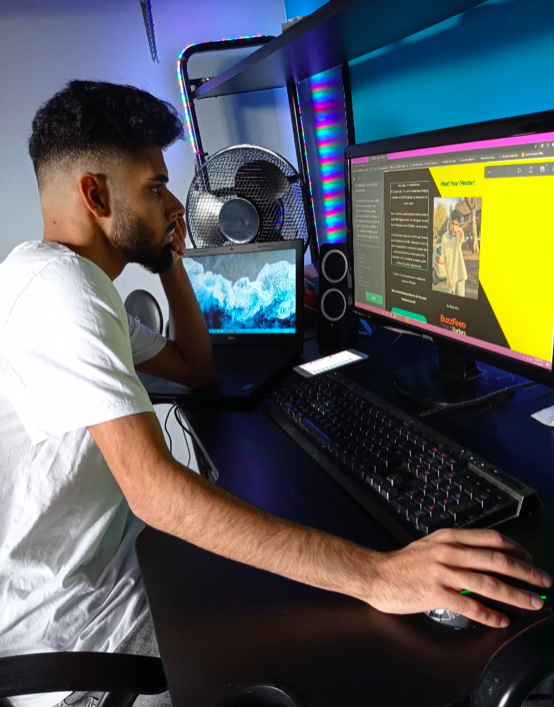 From Bitcoin to Breakdancing – Here are 5 things you didn’t know about serial entrepreneur Anish Parmar.

Let’s be real, if you haven’t heard of serial entrepreneur Anish Parmar yet you’re living under a rock. The teenage entrepreneur has been taking the UK’s digital marketing industry by storm and surprise with his digital creative agency ‘Distriibute PR’ and online educational platform ‘AnstaSocial.’ However, little is known about Anish Parmar and his story before pursing entrepreneurship and his digital hustle online.

So, here are some interesting things that you may have not known about Anish Parmar.

Let’s take a look at what they are:

1. Anish is an avid Bitcoin Believer.

Anish is an avid believer in digital real estate, digital assets and cryptocurrency – most notably Bitcoin. This is because Anish was first introduced to cryptocurrency aged 16 via the use of online gaming forums and saw Bitcoin rise from $2,000 to $20,000 in the historic bull run of 2017. Anish was quoted saying “Bitcoin is the future; Digital real estate is the future. However, Cryptocurrency is just the start. I can’t wait to see what my fellow young entrepreneurs do digitally to revolutionize the world we’re living in.”

Growing up in a working-class household, Anish rarely saw the spotlight of success compared to his fellow classmates. However, Anish used this to his advantage, spending his younger years networking with individuals that were earning 10x what he was, allowing them to mentor him on the route to success within the world of digital marketing and entrepreneurship. This is how Anish’s mantra of ‘relationships over profit’ was born.

We also deep dived into Anish’s past, and Anish revealed to us that one of the main reasons on why he started a full-service creative agency was because he had a passion for breakdancing and that he loves hip-hop culture. He also revealed to us that he’s performed at universities, schools and also in shopping centres and has actively had an interest in hip hop culture for over 10 years. Anish said to “If it wasn’t for Hip Hop, I wouldn’t know where I’d be in life. Hip Hop changed my life. I’ve pursed breakdancing, graffiti and I even dabbled in MC’ing and DJ’ing. If it wasn’t for Hip-Hop; I definitely wouldn’t be as creative as I am today. Shoutout to everyone who’s representing Birmingham’s dance scene.”

4. Anish never was a high achiever in high school.

Anish left high school (or secondary school, as they call it in the United Kingdom) with only 2 qualifications, GCSE Dance and GCSE English. This minor setback was also the reason on why Anish struggled to fit in with the traditional educational system and was one of the main reasons on why he started his own full-service creative agency and defied the status quo. Anish said to us that “I never really did believe in the educational system. I always thought there was something ‘more’ for me then going to university and getting that ‘dream job’ compared to everybody else my age. I guess you could say I demanded more from life and it’s all finally starting to pay off. On the contrary though, I do have to admit that my journey was by no means easy, but I’m just grateful to be where I am today.”

As crazy as it sounds, it’s true. Anish Parmar was first introduced to ‘making money online’ aged 14 when he was selling his modification services for the PlayStation 3, but still never chose to take entrepreneurship seriously until he turned 16 as he was trying to focus on his full-time education. This is when Anish stumbled upon gaming forums online and saw the value in digital real estate as he saw accounts with rare handles and big followings selling into the hundreds and thousands.