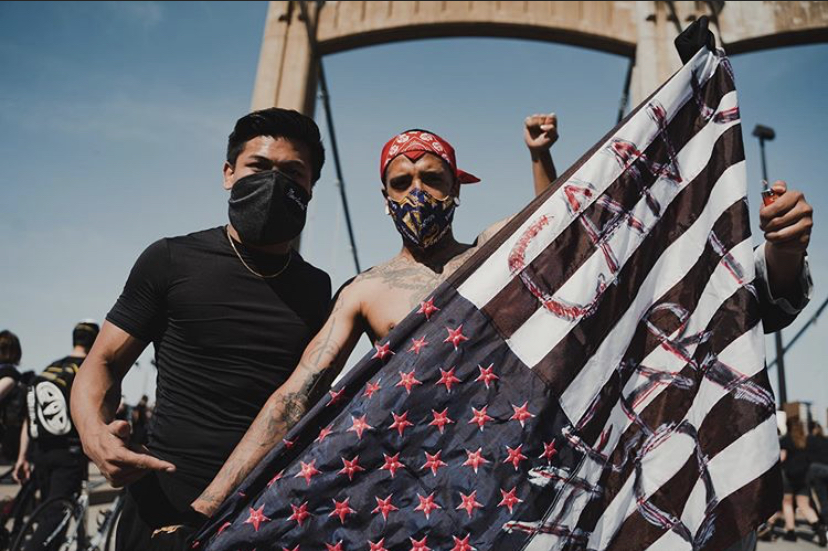 In Minneapolis, Geroge Floyd’s death sparked a worldwide movement against police brutality towards people of color, causing chaos and leaving parts of Minneapolis in flames.

Simon Tizon, 29, along with other Minneapolis celebrities came together, including rap artist Tha Rift and music producer Angelo Bombay who both flew in from Los Angeles to join Simon at the protest.

One week later, Simon stated in an interview with Beond T.V. “I would rather watch a cat play a piano on youtube than watch the election. It seems like everyone is at war with each other”.

“It’s really sad how our country is so divided. Today if you believe in something that the majority doesn’t agree with you’ll be terrorized and labeled a racist then blasted across social media.  It’s crazy how I’ve read countless statuses of family’s deleting relatives because of their political views”.

Recently, Simon deactivated his Facebook because he claims it’s just as toxic as mainstream media.

“One of the biggest problems is how we the people have so much access to each other, to people across the world, and how we can use it to belittle someone or antagonize others.  My entire feed is people going at each other like two pit bulls locked in a cage. I’ve been one of those pit bulls”.

We are months away from the election and cities are still protesting against Police.  Republicans and Democrats are having a showdown over the US Postal Service and there are still roughly 30 million Americans unemployed as health experts fail to create a vaccine for COVID-19.

People are fearing for their lives. Extremism Researcher J.J MacNab stated there’s a possibility of a street war.  According to this researcher, the presence of multiple armed Black Lives Matter protesters could result in street shootouts. Most may consider what’s happening in the U.S a “race war” while others consider it unpatriotic.

Simon said he’s holding his political opinions hostage until this “storm” blows over. He mentioned that it’s better for himself and his career to stay silent with his political stance.

We as in modern day society know when a celebrity declines to comment on their political stance we can assume it’s against the majority.