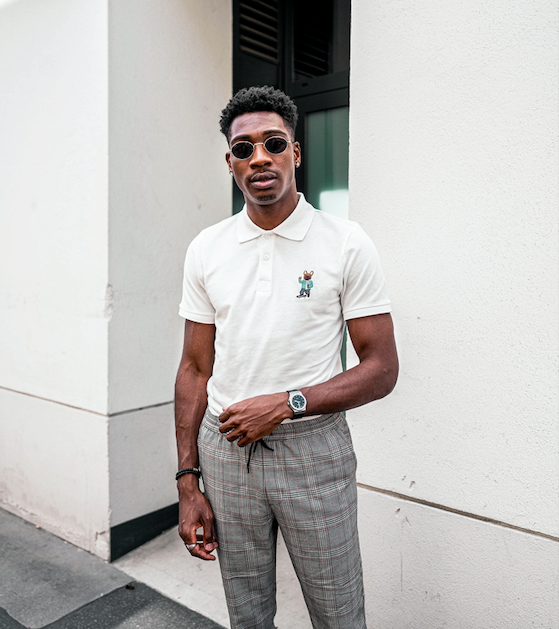 Abraham Adegeye, better known as Abrahamdailydosis, is one of originals of European’s fashion influencer scene. The Austrian model and actor has become a real brand.

Not many can call themselves a fashion influencer, but Abraham Adegeye can. So how did it all start and what is it like being a well known influencer whose work has led to plenty of exciting opportunities.

At first, when Abraham started taking photos of his outfits and uploading them online it was essentially just a hobby. But, around 4 years ago, he reached a professional level, and it was at this point his career began in the modelling industry.

Modelling is a real passion for Abraham and he has already been booked for plenty of modelling campaigns, and he looks forward to doing more, including for some higher end fashion names. He has already worked with names such as Coca-Cola, Sprite, Nike, G-star, Vans, Converse, Pacsun and About You to name just a few. A selection of these campaigns have featured on TV and have received both local and mainstream press coverage. This includes a campaign that featured Abraham looking at the topics of cyberbullying and diversity, created for Sprite.

These campaigns are something that Abraham has enjoyed being a part of very much, however, he does not want to leave the side of his career alone where everything evolved from.. He is keen to continue to upload content to his social media followers via the likes of Instagram and other platforms, and a dedicated blog. He has a strong following who are eager to see his latest outfit and is likely to pick up plenty more fans in the coming months.

No one knows where this particular niche is going to end up, as Abraham says himself, but nevertheless he seems optimistic about its future. He knows that it is already a crowded market with a lot of competition, but he believes that the secret is not to copy rivals but stay unique and true to himself, and focus on providing inspiration to others.

Sure, after his success it is not surprising to learn that AbrahamÂ has been considering ways to launch a business from his career, but that is something for a bit more into the future, the main aim for now, and always going forward is to inspire others and to continue his successful modelling career. So watch this space, it sounds like Abrahamdailydosis is a brand we will be seeing plenty more of in the near future.