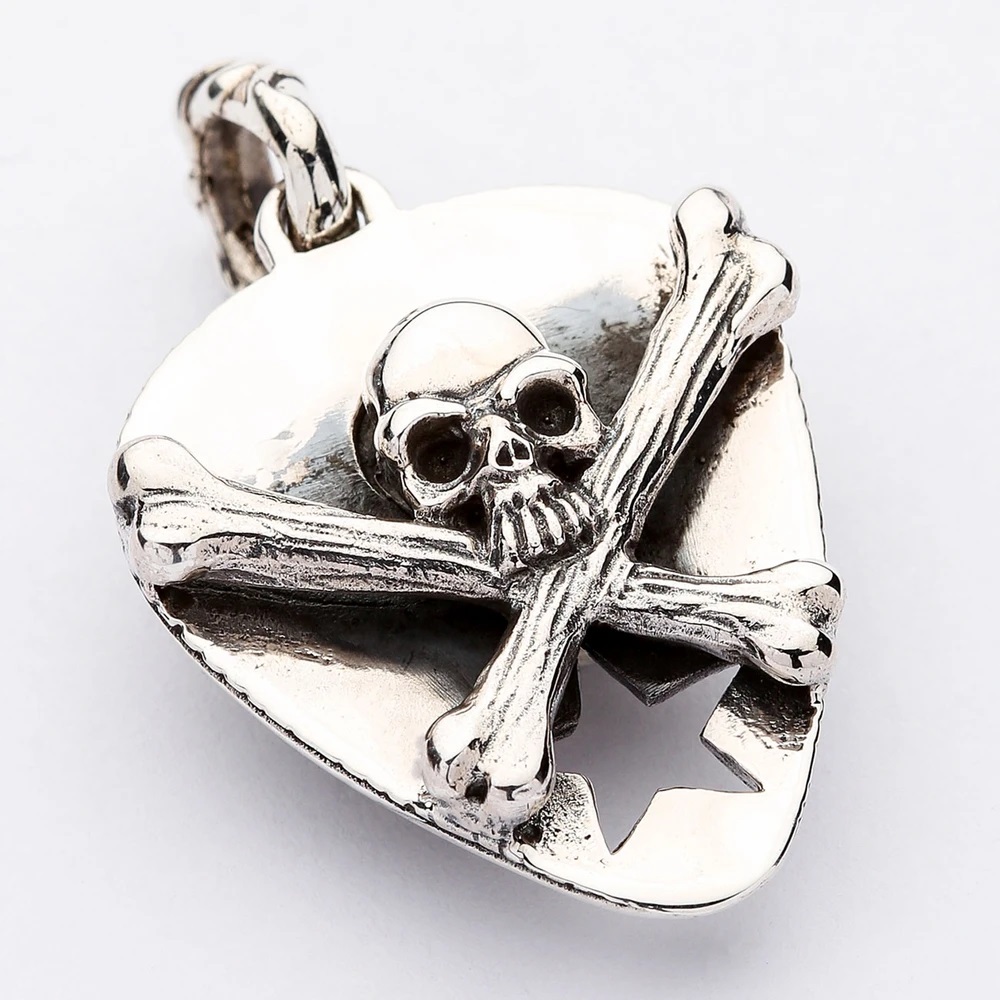 Today, we don’t have a shortage of biker jewelry. This means that the selection of rings, bracelets, and pendants is nearly endless. Biker fashion is pretty conservative and consistent. A piece of jewelry your grandfather wore when he was young will still look great in this day and age. That being said, this inimitable fashion style doesn’t stay still. It is subject to changes and innovations, although they are not as fleeting as trends of mainstream fashion. So, what are the most prominent modern trends in biker trinkets? You’ll find out all about it in a moment.

The very first biker jewelry (the so-called Mexican rings) was a little different from silvery trinkets of today. Now the world of jewelry for motorcyclists is dominated by silver and steel but back then, rings were made of alloys featuring brass, bronze, and nickel. Why such an unusual combination? Well, this alloy wasn’t designed for jewelry. It was used in the coinage. However, after Mexican money lost its value hot on the heels of the Mexican revolution, people started experimenting with coins. Mexican rings were the results of these experiments.

Because this alloy featured brass and bronze, it was yellowish. There is nothing bad in this color per se; still, bikers prefer to see paler metals in their jewelry. Otherwise, chromed motorcycle elements and colored jewelry will simply clash. That’s why silver and everything that looks like silver dominate in this segment. You can still see some gold here and there but it’s used rather as an auxiliary metal.

Although silver and steel are never-fading classics, biker jewelry provides some room for innovation. It welcomes materials that have never been used in jewelry before the 21st century. The most prominent out of these materials are titanium, tungsten carbide, and carbon.

First of all, these metals feature either black or silver finish, both are totally fine by bikers. Second, they are much lighter than silver let alone steel. When you wear a massive necklace or bracelet all day long, its weight is all that matters. Last but not least, it’s almost impossible to damage titanium and tungsten. You can leave scratches if you try really hard but you can’t break items made of these metals. Tungsten carbide is roughly 100 times more durable than steel, especially in extreme conditions. Given the fact that bikers lead a semi-nomadic lifestyle, this sturdiness comes in very handy.

Bikers are a relatively young subculture. While motorcycles have been around for 135 years, the first official motorcycle club (and biker movement originated by it) opened only in the 1940s. Jewelry as part of this culture came on scene even later. The first symbols inherent in biker jewelry were skulls, Aztecs, horses, feathers, axes, and other symbols that came from Mexico. Bikers owe them to Mexican rings.

Interestingly, bikers revered skulls even before they put on Mexican rings. Because the majority of the very first bikers had a military background, they saw plenty of skull symbols on the battlefields. For instance, they used skull drawings to intimidate enemies. After they returned home from war, the founding fathers of the biker movement started embellishing their two-wheelers with skulls to intimidate passers-by. Even if skulls were nowhere to be found in the army, bikers would still be using them in their insignia. They gravitate towards unconditional and outlandish symbolism so making a skull their patron saint would be a matter of time. Now you have an idea why skull pendants, rings, earrings, and necklaces are so crazily popular.

Another common symbol among rider groups is an Iron Cross. As you may guess, it came from the battlefields, too. Since it was the highest award in the hostile army, so it was an honor for any Allied soldier to kill the enemy and take his awards as a trophy. In civilian life, bikers started wearing Iron Crosses to riot against the US domestic and foreign policy, which seemed corrupted and wrong to people on motorcycles. Over time, the Iron Cross lost its original meaning and became one of the many identifying marks of a true biker.

Some more or less modern symbols in jewelry intended for bikers are motorcycle brands, logos of famous custom motorcycle shops, bands and musicians revered in this community, as well as movie characters (have you ever seen the skull of Jack Sparrow ring? If not, you have to google it).

Bikers have been enjoying the concept of all-natural since day one. If it’s leather, it must be genuine. If it’s denim, it must be 100% cotton. If it’s jewelry, it must be natural. Crystals Swarovski and other man-made things are alien to down-to-earth bikers. Maybe that’s why they draw inspiration from the earth and its treasures?

Some of the most popular inlays in biker jewelry are precious and semi-precious gemstones. Precious minerals that bikers sincerely enjoy are rubies, sapphires, and emeralds. Semi-precious stones in their collections are turquoise, tiger eye, quartz, agate, amethyst, lapis lazuli, and some others. Modern trends dictate the use of renewable materials in jewelry, and bikers obey. These are hemp, leather, wood, rubber, and mother-of-pearl. Many trendy biker bracelets utilize these materials along with traditional ones.

Cody Vaujin Is Not Afraid, but Inspired by Risk