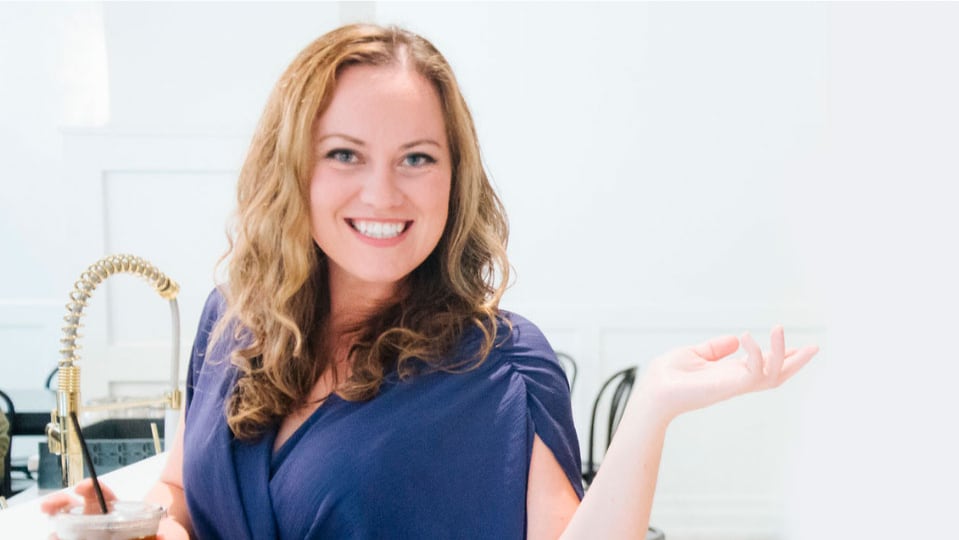 A global entrepreneur found that teaching English in a classroom wasn’t going to help her make the impact on the world that she craved. So, she launched Go Natural English, a company that leverages the internet to teach English-speaking skills to individuals all over the world. English is the most widely spoken language on the planet, and learning it can really change your life.

There are roughly 1.5 billion English speakers globally, the vast majority speak it as a second language. According to a 2019 report by English First, EF English Proficiency Index, the group concurs that the incentives to learn English have never been greater. Stating, “For expanding businesses, young graduates, scientists and researchers, and international tourists, English proficiency broadens horizons, lowers barriers, and speeds information exchange.” The report suggests, “English is the principal language of international collaboration.”

Luckily for global dreamers and go-getters, English is one of the easiest languages in the world to learn. Wallace hopes to help intermediate and advanced English learners attain the tools they need to get ahead in life. She states, “When a non-native English speaker learns to communicate fluently and confidently, they, on average, make 25% more over their lifetime careers.”

Gabby Wallace, M. Ed. TESOL,  education expert and enthusiastic TEDx Speaker has worked with English language learners from all over the world to better understand their struggle as they navigate through an increasingly English proficient society. In today’s world, English dominates the communication arena as the international language of business – it’s even considered to be the language of the internet. Studies show that most of the content produced on the internet (59.6%) is in English. Wallace designed GoNaturalEnglish.com to be an accessible online platform where learners can acquire important skills from anywhere in the world. At their own pace, in their own time, learning the target english lessons they know that they need. Through free and paid online English courses, Wallace has successfully trained over 100,000 students, and millions more through her free content.

Small Steps to Reach the World

Wallace’s solution to this global obstacle is a flexible online learning school that allows its users to learn English the ‘natural’ way. Just as one would learn by immersing themselves in a new culture. Student’s learn effective communication skills for real-life situations. Wallace’s natural approach to teaching has met great success that stemmed from some of her own personal challenges.

Back in 2011, during her first year as a corporate English trainer in Japan, Wallace encountered two recurring issues in her daily life. The first problem was that various students from her classes would personally contact her with the same exact questions over and over again. The second, was the vast gaps in time between her day-to-day schedule, teaching students in the morning, and then again during the evening. In her TEDx talk, ‘Small Steps to Reach the World’ Wallace said, “The middle of the day felt kind of like a void of negative space” she explained to her audience.

While living in Japan, Wallace was introduced to the Japanese concept of Ma. In this article about embracing space, Melissa Bryer writes, “The Japanese concept of Ma is something that relates to all aspects of life.” Bryer continues, “Ma is the fundamental time and space life needs to grow. How we spend our time and shape the space we live in, directly impacts our progress.” Wallace, eager to fill the Ma in her own life with something purposeful, began to contemplate ways to embrace the space in her life.

Embracing the Space to Find Purpose

A solution presented itself via email, when she observed a trend in the types of questions students frequently asked after class was over. Rather than restrained lessons on the rules of English grammar or vocabulary, students appeared to share a common need to learn how speaking occurs on an everyday basis.  A “natural” approach that didn’t fully contrast the usual textbook-teaching structure but instead combined it with learning language skills needed outside of the classroom too. Answers to questions such as, “How can I sound smarter at work?” and, “How do I describe and share my opinion in English?”

By exploring the concept of Ma, Wallace found one solution to two problems and filled the “negative void” she felt by taking meaningful action.  She recorded a fun and easy five-minute video lesson addressing the common challenges her students faced and posted it on YouTube and, then, to Facebook. It was a hit; her video lesson was effective and quickly began to circulate to learners outside of her student circle. Realizing the limits of her impact in the classroom, she continued to sporadically produce English fluency videos, growing a steady online following of learners that spanned internationally. The idea of Go Natural English was born.

From Concept to Product

Business expanded rapidly, and demand for her practical online lessons grew. Wallace’s first five-minute English video tutorial for her students took her three days to record, a timeline hard to imagine today with the consistent delivery of weekly video lessons and the almost 2 million subscribers actively engaged on YouTube. Wallace is focused full time on expanding her impact by helping her diverse and multi-national English students. Wallace’s enthusiasm shines through her video presence, a stackable quality to an already flexible learning environment through her premium paid online courses and audio e-book on her website, a podcast, a blog, and her free and fun tutorials on her YouTube channel.

In the beginning, Wallace spent several months juggling her full-time job with the constant production of learning material, all the while receiving daily messages from English learners in countries like Algeria, Mozambique, Turkey, and Mexico, asking her to continue posting videos. The value being given was undeniable. The messages continued to roll in from places like China and Brazil, asking Wallace to become their online English tutor, so she did. Eventually, under increased demand from lesson creations to one-on-one tutoring, she decided to quit her full time job and go, “all in 100 percent” into the idea of building an online learning business. Taking the growing online course industry into account, Wallace noticed a pattern: there seemed to lack a widely reachable course that existed to answer the simple questions her students shared in common. Thus revisiting the Japanese concept of Ma, Wallace, once again, took a step back and embraced the space. A useful example of how to achieve success by paying mindful attention to one’s surroundings.  She wanted to make the world bigger for those who want to do more. Today, the result is an enormous archive of high-quality English language instruction, available to anyone, at any time. The aptly named Go Natural English course, has the support of professional online educators, in addition to an accessible culture of international and mobile students, who actively connect with each other using a platform that facilitates frequent contact between learners from different countries.

As the demand for English proficiency around the world develops, Gabby Wallace seems to have had the right idea from the start. Reminding us that in order to find meaning in our careers, we must help others lead better and happier lives. Steadily driven by her goal to broaden her impact on the world, the language leader continues to pursue her purpose by encouraging connections through each one of her lessons.  Wallace insists, “Without knowing the language, you’ll never truly understand the culture or the people, which is essential for relationships, travel, and doing business.”

Are you hoping to expand your world and opportunities? Learn more about GoNaturalEnglish at gonaturalenglish.com

Give it a try for free! Visit Go Natural English on YouTube for free video tutorials from Gabby Wallace herself.

Dr. Jay Feldman talks about the importance of supporting medical professionals during COVID-19