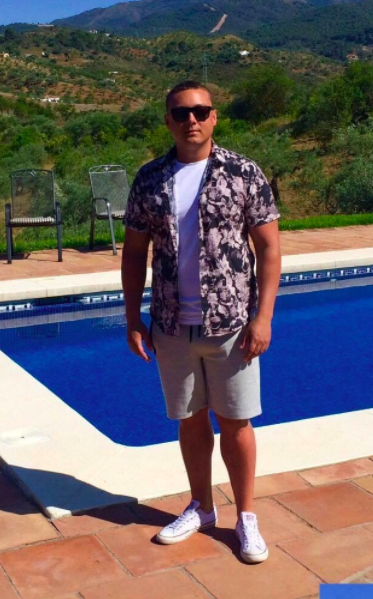 The love and passion for crafting exceptional music started the journey for Dani Stephenson. Founder and President of Straight Forward Music Group, Dani Stephenson traversed the world of songwriting and production with the sole vision of making timeless music that listeners will remember.

For 15 years, Stephenson endured extreme competition in the local and international music scene. With tremendous rolls of artists, labels, and producers in and out of the country, many find it arduous to continue a career in music-making and producing. However, for Stephenson, exhibiting flexibility in the ever-changing landscape of music, and the inclination toward doing things differently, allowed him to hover over occupational hurdles in the field.

Guided by an exemplary leader and team player, the record label went on to produce internationally acclaimed music, eventually gaining them a Brit Award and two nominations for Grammys.

Stephenson also makes sure that the music they produce goes beyond the fundamental purpose of being heard but also to create meaningful change in society.

Straight Forward Giving Foundation raises funds and helps charities like the Princes Trust, NHS Charities Together, Young Lives Matter and Youth Music. The arm challenges borders and offers education to impoverished sectors across the globe. Recently, they worked with NHS Charities Together to raise funds for COVID-19 stricken communities.

Straight Forward Music Group serves as a testament to music with a purpose.

Looking back, Stephenson made his first debut as a producer and songwriter under “Pyramids In Paris.” He showed such promising aptitude in the field that the song he co-crafted in his novice years, “The Mack” featuring Mark Morrison and Fetty Wap, landed a Top 20 spot in Billboard and climbed the global charts. The single sold more than 2 million copies and garnered 300 million streams worldwide. His career would then progress to a wider horizon.

Firmly holding his vision of timeless music, he proceeded to partner with an equally notable personality, Nana Rogues. Rogues is another formidable icon in music. He collaborated with Drake twice, in 2017 and 2018, pitching two songs, “Skepta Interlude” and “Passionfruit,” for the album More Life, and “Don’t Matter To Me” featuring Michael Jackson in the album Scorpion. The collaboration allowed Drake to banner record-breaking streams on Apple Music and Spotify.

With Rogues on board, Straight Forward Music became part of the legacies of Wiz Khalifa, Zara Larsson, Skepta, Wiz Kid, Michael Jackson, Drake, Ella Mai and a whole other memorable voices in the industry.

The artistry of Stephenson and Rogues is unbelievable. They would go on to earn another Grammy nomination only two years following another, after a project with Ella Mai in the single Good Bad.

Stephenson and his group lay the groundwork to carry out and continue the promise of preserving and reinventing music. Straight Forward Music Group wants to create a productive environment for the new generation — to make music that moves and inspires.

“It’s about creating heritage, legacies, escapism and positive frequencies in the world, that stand the test of time and contribute towards molding modern-day culture in a positive light,” concluded Stephenson.