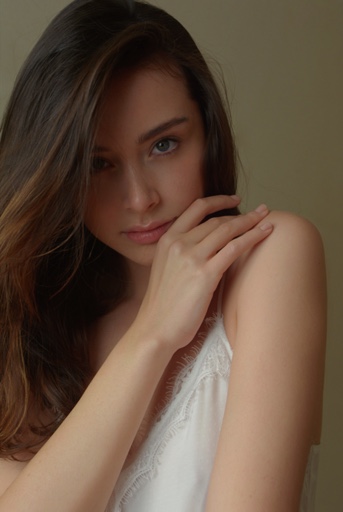 Breaking into acting is especially tough for models, and actress Claudia Bouza helps us understand why.

The silver screen boasts some famous actors and actresses whose careers began in modeling – Ashton Kutcher, Cameron Diaz, Kirsten Dunst, and Brad Pitt, to name a few. Even so, the transition from modeling to acting is notoriously difficult. We chatted to model and actress Claudia Bouza to understand the challenges that models face when attempting to trade glossy magazines for film sets.

Most of Claudia’s life has been dedicated to both industries, and she’s focused intensely on honing her craft. She has received coaching at esteemed schools in both Spain and the USA, including the prestigious Lee Strasberg Theatre and Film Institute. She’s modeled professionally on both continents and has worked with renowned directors, including Oscar-winning director Iván Sáinz-Pardo and writer-director Sadrac Gonzalez-Perillon.

Although many consider acting and modeling to be very separate careers, numerous celebrities occasionally pose for magazine shoots or promotions, and some models make cameo appearances on film (such as Claudia Schiffer in Love Actually). The industries have a fair bit in common – they’re filled with hardworking, talented, focused individuals who persevere despite rejections, setbacks, and criticism.

Of course, the talent inherent in each career is very different, and it’s reasonable to assume that many individuals wouldn’t necessarily be good at both. But what about those who are? Surely someone with the ability to impress both during a fashion shoot and on stage would be set to conquer the world?

Not just a pretty face

“It’s not that simple,” says Claudia. “In fact, I think that being a model in the world of acting is often a disadvantage. The misconception that models are just a pretty face is very prevalent. In an unexpected way, your looks can count against you because people tend to judge appearances to a very large extent. You’re too easily dismissed as an attractive girl with a mistaken illusion that she can also act.”

The modeling industry has a reputation for having a reasonably short shelf-life. The median age of models is 16, with many careers starting to wane between the ages of 25 and 30. “Some directors mistakenly assume that models only get into acting once their modeling career is ending,” Claudia adds. “There’s sometimes an automatic assumption that you’re not really able to act and that you’re just trying to bridge your career. So you need to work twice as hard to prove that you have genuine ability.”

For Claudia, modeling was a means to a dramatic end – she worked as a model in Spain to raise the funds she needed to attend the acclaimed Lee Strasberg Theatre and Film Institute in New York City. She describes acting as a lifelong passion, and once she began her two-year-long conservatory, there were many modeling opportunities she turned down to instead focus on her studies.

The experience was worthwhile, however, and she was frequently complimented by both instructors and fellow students for the performances she gave. “A number of people actually told me that they didn’t expect me to be so good,” Claudia recalls. “I felt as though I needed to push to exceed expectations to show what I am capable of.”

After graduating in December 2019, Claudia discovered that she needed to keep overcoming the stereotype if she wanted to be taken seriously by casting directors. She describes an instance where she was cast for a short film simply because an attractive actress was needed. Without any lines, she was unable to make much of an impression on the director.

Weeks after filming, she joined a masterclass presented by the same director, who offered attendees the opportunity to give an improvised performance to the rest of the class. Claudia volunteered, and she continued for over ten minutes. When the class ended, the director asked her to remain behind and admitted that he’d underestimated her. That very night, he offered her a role in his upcoming movie.

Many mistakenly assume that modeling is an easy job – you just need to smile and look pretty. This is part of the reason that models are often underestimated. Claudia reveals, however, that it’s a career built on hard work and determination.

“Modeling is not as glamorous as people assume,” she says. “Imagine being put on a plane by yourself at just 17, traveling to a city you’ve never been to, and having a crew of adults that you’ve never met commenting on the way that you look. You may spend three months in China on your own, cooking for yourself, and handling your own bills while dealing with criticism from your agency. That’s not merely ‘showing up and looking good.’ That’s a determined young woman that I really admire.”

She adds that models also need to develop a secure sense of self-esteem and an imperviousness to judgment, which she’s found to be beneficial as an actress as well. “If you go to an audition, whether it is for modeling or acting, you are being judged,” she explains. “There are twenty other girls present that look exactly like you, and if the slightest thing is wrong with your face, hair, or legs, you get sent home without any explanation. If you are rejected, you need to have strong self-love to accept that there is nothing wrong with you. And you need a lot of strength to get up and do it all again tomorrow.”

Claudia admits that it’s not an easy stereotype to break, but she says it’s helped her acting nonetheless. “Challenges help you to grow as an actor. I don’t think I’d be able to act as well as I do without enduring both the good and the bad. These life experiences help me to connect with the scripts I’m given – I can relate to unfairness, disappointment, and self-doubt as much as I can relate to any positive emotion.”

Recognizing Efforts of Students can Help them Achieve More