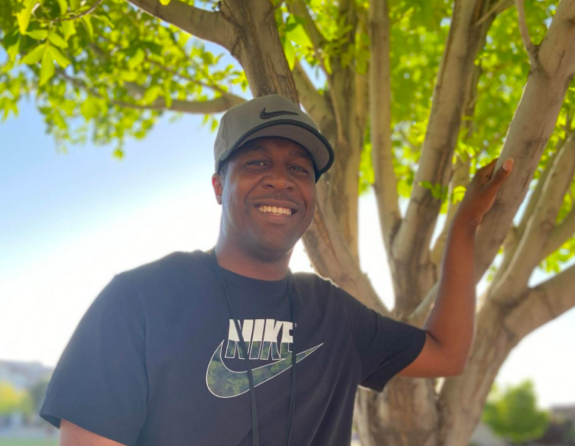 Individuals who are passionate about a career in sports dreams of being the best in their respective sport. It’s not as easy as it seems and requires a lot of hard work, excessive training, following strict diets, and sticking to a daily routine. Even then, some players aren’t fortunate enough to make it in their sport of choice. Often more than most, it’s the tiny details that are left out during training leading several worthy and talented players are left off the teams.

To help the players achieve their goals, the Certified Speed Trainer, Eric Lamont Birdsong, has compiled a guide book to ensure that the students bear the fruit of their efforts.

Born on March 11, 1980, Eric Birdsong had always been a sports enthusiast. But before he could realize how long his passion for sports ran, he spent 11 years as a veteran, serving his country. It wasn’t until his eldest son, Demaijah needed a sports guide that he realized what he was truly meant to be.

A VETERAN, FATHER AND A TRAINER

Eric Lamont Birdsong was born to Regina Ann Birdsong and Eric Birdsong Sr., a U.S. Army veteran. Eric’s father was a veteran in the armed forces, where he served on active duty for 26 years. As his father’s dependent, Eric moved a lot and had a handful of military experiences before he entered the Army himself.

Eric always had an ever-growing love for playing sports, and he was a skilled performer during his high school days. His favorite sports were football and track & field, but he gave his sports interest a rest as he decided to follow his fathers’ footsteps and joined the Army.

In  1999, Eric enlisted in the U.S. Army, just like his father. He served there for five years, during which he was also deployed to Iraq for war. In 2004, Eric served at the U.S. Army Reserves, and two years later, he was promoted to the rank of Sergeant, becoming a Noncommissioned officer.

Eric is married to Adriana Birdsong, a licensed Clinical Social Worker and therapist. They have three kids, Demaijah, Faith, Isaiah.

Like Eric, all three of his kids not only had an interest but also an excellent talent for sports, especially his eldest son, Demaijah, who started as a football player in middle school and even ran track. He expressed his dream to pursue a career in sports to Eric, and Eric spent a huge amount of time and money in finding the right trainer to help his son achieve his dream.

However, none of the trainers showed promise, and Eric reached the decision to take his son’s fate in his own hands. He invested a great deal of time in reading books on physics, anatomy, sprinting techniques, and physiology, alongside attending several seminars to gain extra knowledge about the skills and resources needed to excel at various sports. Eric also attended paid seminars to acquire knowledge from Olympic coaches and professional bodybuilders. In 2014, Eric finally took up a training course and became a certified speed trainer.

Eric began coaching Deamaijah. The father and son spent tireless hours with the hope of reaching the top, which was soon fulfilled as Deamiajh was offered athletic scholarships from multiple colleges. The kid won all his races a junior year in high school and qualified for the regional 100-meter race, earning scholarship offers from top schools. Because of that, Demaijah was one of the top sprinters in all of Texas in 2016!

Passionate and dedicated, Eric realized that speed training was probably his one true calling.  In an attempt to strengthen his ground, Eric invested more time in reading books about the working of the body and the muscles that had an impact on speed.

Eric gathered all his knowledge, things he learned and crafted a training regimen through which not only did his son reach his goal, but also other athletes and aspiring youngsters who shared the same goal. Eric also put together all the knowledge needed by the athletes in one place and penned down a book, “Speed Creates Opportunity.”

Speed Creates Opportunity is a guide book that consists of information for athletes to get faster, while also introducing smart running techniques and workout routines that Eric used in the training of his son, Demaijah. The author has talked about all the events that took place in El Paso, Texas, between 2014 and the present.

In addition to speed training tactics, customizable workout routines, and the background of Eric, Speed Creates Opportunity will also offer guidance to students to navigate through university websites to get the information needed without having to call or email a college coach. The book also shows example emails that were used to reach out to college coaches by Demaijah. In short, the book will be a complete plan for all students who are looking forward to getting into sports colleges.

For anyone who is looking to get insider tips from Speed Creates Opportunity, the book is scheduled to be published in September 2020!

NBA News: Best in the West?