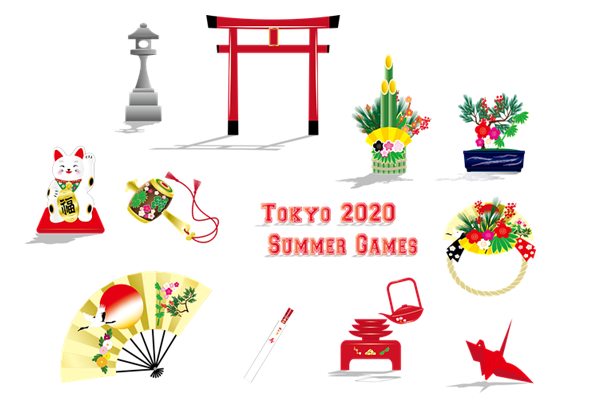 Time does fly by when you are enjoying something, doesn’t it? It seems just like yesterday when sports enthusiasts were devasted by the news that the Tokyo Olympics was to be postponed by a year. Now, we’re almost at the finish line, and it is safe to say that it is one Summer Olympics that will stand out in history.

This statement goes both ways, for the 2020 Olympics has had its fair share of controversy as well as celebratory events.

The Tokyo Olympics had a laborious journey – with COVID-19, public outcry, and even an earthquake in Fukushima, a key location – and it will always be remembered as “the Olympics that almost got cancelled”. Literally and in the cancel culture sense.

Yet, in spite of the deterrents and the questions of the “sanity” of holding the Olympics in the middle of a pandemic, one cannot ignore the bright side of it all.

Now that the event is nearing its conclusion, medals have been won, and records have been broken, it is impossible not to feel inspired.

The personal stories of what athletes had to go through to achieve their dreams are a marvelous reminders of what we can do in spite of hardship if only we persevere.

We read about athletes like Japanese fencer Ryo Miyake, who delivered food for Uber Eats in order to fund his training when sponsorship money temporarily stopped coming in due to the postponement of the Games.

Fiji’s athletes had to hitch a ride on a cargo plane which normally carries chilled seafood and mail due to difficulties with logistics. The sacrifice proved to be worth it as millions celebrated with the Flying Fijians (their men’s rugby team), who gave New Zealand a beating and won gold for the second time.

Then there is Kuwait’s skeet shooter Abdullah Al-Rashidi who, at 58 years old, won the first medal for his country. Weightlifter Hidilyn Diaz won the first gold medal for the Philippines; Pakistani weightlifter Talha Talib collapsed during an event and yet bounced back and finished fifth. India had its first-ever fencer at the Olympics in the person of Bhavani Devi. As if this distinction were not enough, the fencer had to deal with extreme financial issues and face criticism for being a woman in her sport.

These are only a handful of stories of real people who make up the Tokyo Olympics. For sure, there are countless more like these – stories that remind us of the fact that life can be good in spite of the bad. Or perhaps, that life is good exactly because of the difficulties we face.

While these athletes tasted the sweet fruits of their labors, those of us who watched them from afar are also reveling in their success. Their success is their country’s – and countrymen’s – success. And likewise, their failures. They do not stand alone. In the midst of some of the most divisive times in history, the Olympics brings people together. And not only of the same nationality, race, and creed but also people across borders.

As IOC President Thomas Bach said, “The Olympic athletes show the whole world that it is possible to compete with each other, while living peacefully together. In this world of uncertainty that we are living in today, the Olympic Games are even more relevant than ever.”

This brings us to an overlooked – but salient – point. We need to give credit where credit is due. The people behind the Olympics have outdone themselves in bringing this global event to pass. Doubtless, they faced pressure like they never have before. In the best of times, the IOC and the host nation put in immeasurable effort in organizing the Games. This particular iteration…words would probably not be enough to thank everyone involved for bringing a breath of fresh air to a world that is in desperate need of a respite from the ravaging it has experienced in the past 18 months.

The 2020 Olympics will come to an end, but let us keep it – and its stories – in mind as we continue to battle through this pandemic.

Will Sports Betting in California be Legalized in 2022?