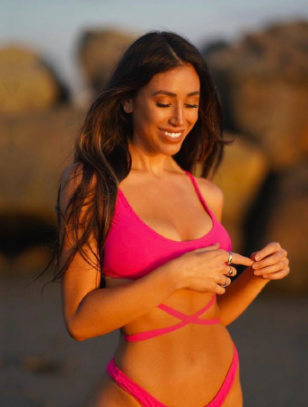 Popularity does not immediately equate to wealth. That is a reality that puts agencies like Unruly Agency in the spotlight. Many misconceive the relationship between amassing millions of followers and monetizing the opportunities that open alongside it. Social media influencers have to take strategic steps to convert audience reach into streams of income. Founded by Tara Electra, Unruly Agency is one of the most sought-after agencies in the US.

For several years, Electra has widened the opportunities for her clients by providing them with recommendations and helping them with brand development. Her clients have landed in hundreds of bookings turning raw talent and influence to 6-figure plus a month paychecks. But before Tara Electra gained superiority in talent management, she had to trek difficult terrains first.

Electra never really liked being put in a box where she gets told what to do and how to act. Back in 2nd grade, young Tara earned frequent litanies of lectures from her teachers as she would engage her classmates in playful activities. She spent most of her high school years inside her home, as the classroom and authoritative schedule didn’t fit her interest for her life. Living in a middle-class household, Tara had given up college and worked as a hairstylist following the trail of her father.

The life tending to hair became boring for Electra. She wanted to explore. That is where she found a new world where likes and shares become the primary forms of trade: social media. She delved into marketing strategies and how to manage the influence of an individual in cyberspace. After a few months, she sat down with her first influencer, Lexy Panterra, and sealed a brand deal for her. With Panterra earning only several thousand dollars from the deal, Electra knew she had to up her game and create bigger networks. And she did. That is where she created Electric Mind.

As an attempt to establish a more extensive network, she worked with Insomniac for an influencer campaign during the EDC festival in Las Vegas. She accepted the job to gather influencers from all over to make social media posts about the festival. Electra gave the team 50 million + reach across social media.

Insomniac lauded her exceptional performance and made her their main influencer plug. She made another breakthrough for garnering a whopping 500million+ story views for EDC in just 72 hours, propelling the popularity of EDC across the states. With a newfound circle of professional peers, Electra went on to collaborate with other events like Hard Summer, Rolling Loud, Coachella, and more.

Even when she was taken advantage of, many times in her career, Electra continued to use her gift in creating options for influencers to prosper and earn. Letting go of toxicities in her life led Electra to meet her would-be management empire partner, Nicky Garthrite. With the like-minded visionary on board, Electra and Gathrite are now managing Celebrities that earn millions every month.

“I’ve been able to bring my largest talent that has trusted me for so many years into a deal that I finally had control of, I could watch their backs, I could make sure they’re getting treated fairly, and I could finally build their success,” concluded Tara Electra.

For more information about Tara Electra and her ever-expanding catalog of multi-million earning influencers, follow her on @Taruhhh  Instagram.

Erika Del Toro, a big influence in the financial industry

Start Here! The Top 11 Finance Books Of All Time