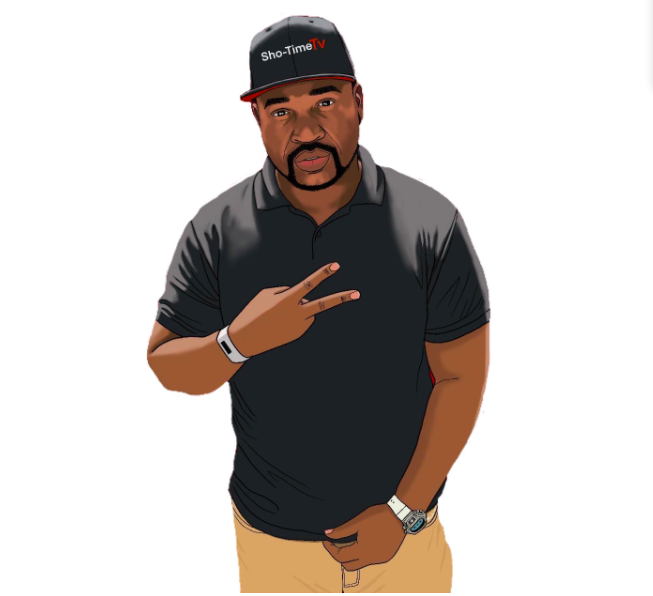 There are hundreds of media companies out there, each with their unique flavor, but none of them could ever compare to Sho-TimeTV. It is the brainchild of Karine Sho-Time Thornton, a native of the Bronx, home of hip-hop music, and where the culture and tradition were born. Sho-TimeTV is a media company unlike any other. It provides a large range of media on a soon to be international scale.

It’s a powerful company that consistently provides quality material and footage for their beloved audiences to enjoy. Karine Sho-Time Thornton always had a passion for art. He went to the high school of art and design, studying architecture and animation. He soon discovered that he had a passion for creating music as well, so he went on and pursued his passion.

Most of his early recordings were produced by Tron on the Beat. During this entire process, he eventually established his brand. Sho-Time decided it was time to add media and film to an ever-expanding resume. He started uploading videos with today’s up and coming mainstream artists. It was around this time that Sho-TimeTV was inevitably born. The company became an established media outlet in 2010.

Sho-TimeTV is getting bigger and better than ever. With Karine Sho-Time Thornton at the helm, greatness is sure to be witnessed. He has had a lot of experience within the hip-hop community and has worked with companies such as Def Jam, Sony, Universal Recording, and many more. He had the wondrous opportunity of interviewing the cast of the hit show on the OWN Network, The Have and Have Nots, and Love Thy Neighbor by Tyler Perry.

Sho-Time, along with his famous platform Sho-TimeTV has been featured on many radio stations all across the United States. He has worked with sites such as Urltv, Vladtv, WorldStarHipHop.com, WhatsHotinHipHop.com, just to name a few.

His ever-growing reputation has become a powerful tool that he utilizes with such finesse. Sho-Time has hosted and judged various showcases and concerts, and it’s all thanks to his passion and drive. All of his consistent success can be attributed to his amazing work ethic and big personality. Sho-Time continues to inspire others without fail.

With Sho-TimeTV, he has cast an even wider net to capture audiences from all over the world. The company caters to hip-hop, R & B, soul, pop, rock, techno, and much more. They also broadcast movies, films, commercials, and music videos.

Sho-TimeTV also does events such as hosting or interviewing the main attractions for certain celebrations. They perform interviews for artists with an already established following, however, for those that do not have an audience, Sho-Time is readily available to help them build their celebrity status. They also film special occasions and sentimental moments that their clients might want to capture on film.

The year 2020 has been a huge success for Sho-Time. He’s had multiple successful projects such as being cast as Lord Finesse in the “Big L” biopic written by Jesse Daze Swindell and directed by Kevin Townley. The movie is entitled “Put it On!” and Sho-Time can’t wait for audiences to be able to see it.

Sho-TimeTV will also be releasing an online visual magazine in October featuring celebrities and unsigned hype. They will also continue with Sho-Time Battle Rap League through online battles or a mini small room event with COVID-19 safety precautions in mind.

Sho-TimeTV has been releasing meaningful content throughout the years, and it’s only a matter of time until it explodes even bigger. It’s definitely a guarantee at this point, and at one point in time or another, audiences from all over the world would definitely express great joy and seeing Sho-Time in the limelight.

To know more about the amazing company Sho-TimeTV, make sure to visit their official website.