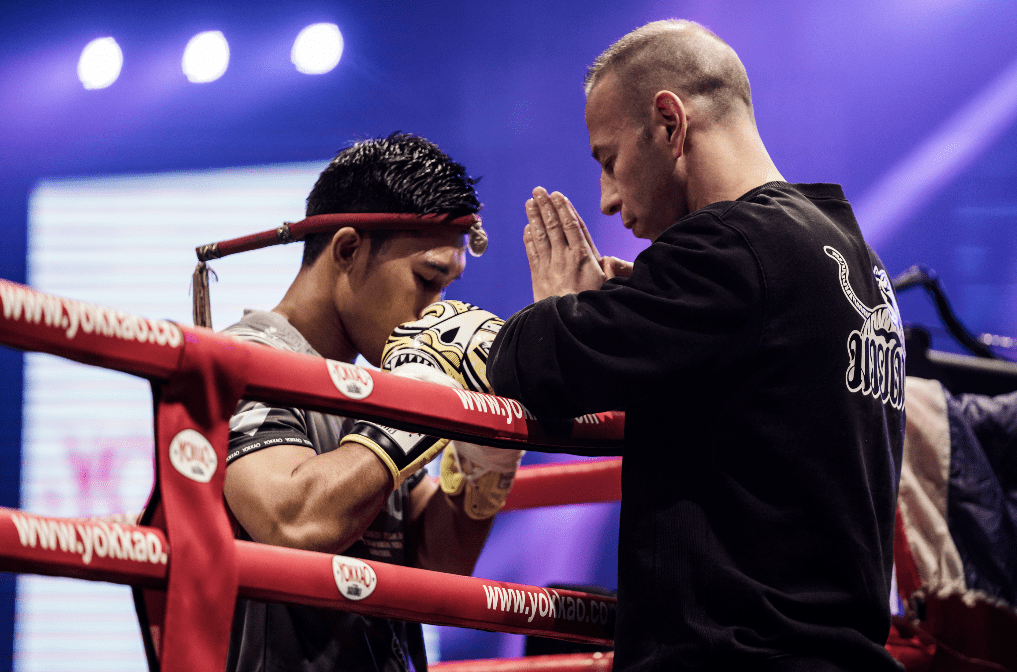 Philip Villa has had a passion burning in his heart for Muay Thai for many years now. He grew up watching fighting and soon got involved in the sport himself.  Soon after getting started in Muay Thai fighting, Villa knew he had to move to the sport’s birthplace, Thailand.

He started training at Sityodotong camp in Pattaya. Though the Yokkao brand has grown exponentially in recent years to encompass an entire lifestyle brand with seminars, events, and gyms, in addition to the fightwear clothing brand, Villa still has his focus on supporting local Thai gyms.

Yokkao is now a prominent brand in the global fight scene. The brand supports many of the top Muay Thai athletes and training camps by providing them with gear and training equipment.

Villa is also passionate about growing and supporting Muay Thai at the grassroots level. He says that one of his biggest visions is for Yokkao to have a positive impact on the sport and promote its culture worldwide.

As Yokkao continues to grow, Villa wants to continue to boost support into the local Thai fighting community and pay it forward by supporting as many gyms in Thailand as possible.

“As the founder of a Thai brand, I have a social responsibility, and I make sure the brand prioritizes gyms in Thailand, especially in the northern part of the country, where a lot of gyms are forced to use cushions, instead of proper training pads. Supporting the local Thai gyms is something that I have always done behind the scenes, but I decided that we will start to show some of our initiatives to our fans,” Villa said.

Those initiatives include traveling to Buriram province in Northeastern Thailand to outfit gyms and fighters with new equipment, gear, and shorts.

“I have always believed in helping gyms and fighters even at the very beginning, and the company couldn’t afford it,” said Villa.

Now that Yokkao is a successful and renowned brand, Villa cherishes the chance to give back to local Thai gyms because, without them, the sport that he has dedicated his life to would be non-existent.

Villa especially loves the chance to donate Muay Thai gear and equipment to kids just getting started in the sport and unknown prospects.

“Our mission to build and promote the sport at every level continues,” said Villa.

Horse Racing Continues to Gain Popularity in the Sports World