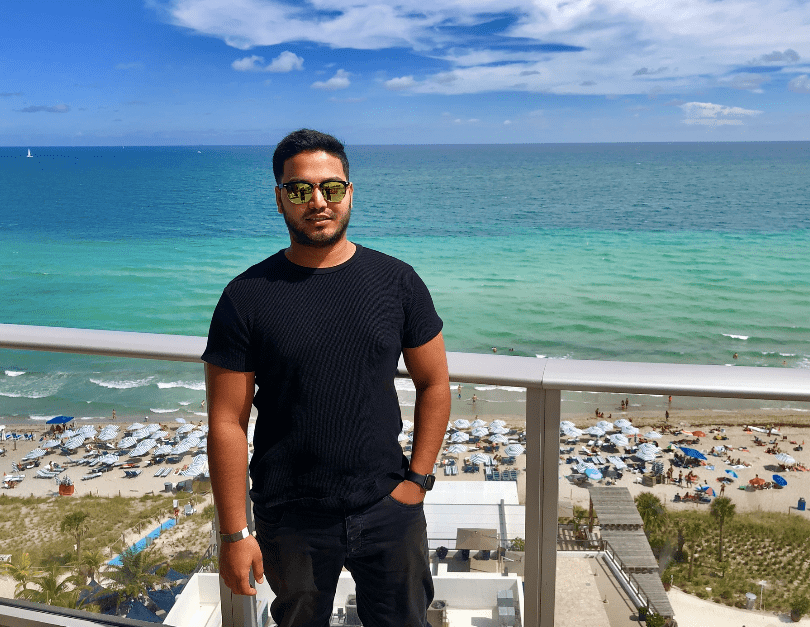 At the age of 28, Mohammed Shakaoat has worked himself into Bangladesh’s millionaire club.

His family migrated from Chittagong, Bangladesh to Miami, Florida when he was 13 where he developed a desire to help others. An active child, Shakaoat excelled in track, soccer and discovered the value of teamwork as a kicker for Hallandale High School’s football team. He took interest in giving back to the community where he devoted freetime to tutor local students in need. Florida became his new home.

Shakaoat continued to give back to his community spending his summers volunteering at a Junior Citizens Police Academy. A persistent learner with an entrepreneurial spirit, Shakaoat would spend any remaining freetime fixing and flipping cars.

As high school came to an end, Shakaoat was drawn towards a career in criminal justice. Shakaoat enrolled at Florida International University with a goal to work in law enforcement after graduation.

4 years later, he found himself with a degree in criminal justice and a secure job as a state trooper for South Florida but he still felt something was missing. After six short months, Mohammed left the force to chase a career as an entrepreneur. He wanted to start his own business from scratch and learn the ins and out of being his own boss.

When Shakaoat left his job as a state trooper, he never imagined a YouTube video would spark a lengthy and successful career as an entrepreneur. The video outlined how to construct an independent career in the ATM business. After spending time researching the market, a new path in his life was clear.

In late 2016, Shakaoat started his first ATM business where he now owns 45 machines in South Florida alone. After finding success from a single Youtube video, he started his own Youtube channel with informative videos outlining how others could follow in his footsteps.

The channel was a hit as Shakaoat received countless requests from people from all over the world asking for more of his knowledge. Soon after, he started “ATM Academy,” (@atm__Academy) a platform where more than 400 students access his vast knowledge of the ATM business in hopes of starting their own. ATM Academy’s goal is to continue to help as many people as they can just as Shakaoat did when he was tutoring students in Hallandale High School.

Although he found success in the ATM business, Shakaoat was not done learning and exploring new ideas. He invested some of his earnings from his first business into a third venture in Amazon dropshipping.

Dropshipping is a business where entrepreneurs create an online store and sell wholesale goods from factories in China at an elevated price point. Dropshipping allows entrepreneurs to live and work from anywhere in the world without holding physical inventory.

Serving as the Chief Executive Officer, Shakaoat and Project WiFi help manage Amazon businesses, freeing space in owner’s busy schedules. In return, Shakaoat and Project WiFi receive a share of the businesses. In only 9 months, they amassed over $19,000,000 in shares crushing their business projections. Together, they help over 55 Amazon stores reach new and improved sales targets. Each business generates anywhere between $35,000 to $280,000 in revenue each month.

Shakaoat says he doesn’t regret leaving behind a safe job as a state trooper because his business ventures have helped him create a career where he can live on his own terms while being financially independent. He decides his own schedules and can work from wherever he wants including both his home in Florida, Bangladesh or anywhere in the world.

In the future, Shakaoat plans on continuing to grow his brands and build an empire.

If you’d like to learn more about Shakaoat, feel free to give him a follow on his social media page Mohammed Shakaoat.

Michael Louis Maddaloni : I didn’t revolutionize the design, but instead focused on the quality of materials and craftsmanship.