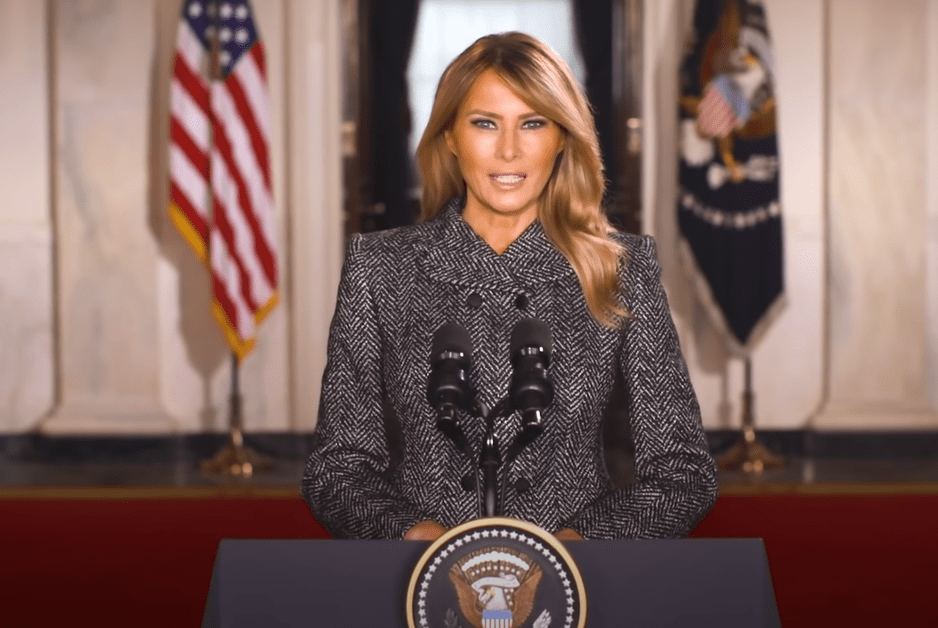 Melania Trump, the First Lady of the US has broadcasted a farewell message in a recorded form. On leaving the White House, Melania Trump delivered a speech to address the Americans. The message came one day before the inauguration of Joe Biden.

Melania Trump addressed the supporters of Donald Trump to leave a message that they must show intense passion in doing everything they like. But they must not enroll themselves in any violent activity. She openly condemned any act of violence and said that violence in any form is not acceptable and justifiable.

She asked Americans to focus on spreading love and peace to unite the US as a nation. The outgoing First Lady requested the American people to act against elements that divide the US in any way. Melania’s message came after the US Capital Violence carried out by US President Donald Trump’s supports.

The violence led to the death of five people and it made the government take strict unprecedented action to offer security to the Capitol area. Melania Trump said that the last four years as a First Lady are unforgettable.

She declared the American people as a national family that has given her a lot of love and respect in every way. She also expressed her gratitude for the Americans and requested them to carry forward the legacy of America to safeguard future generations.

Meanwhile, the US security forces have blocked all major pathways and they are keeping an eye on every dangerous activity to safeguard Joe Biden’s inauguration.

What are Joe Biden’s plans for the early days of his presidency?