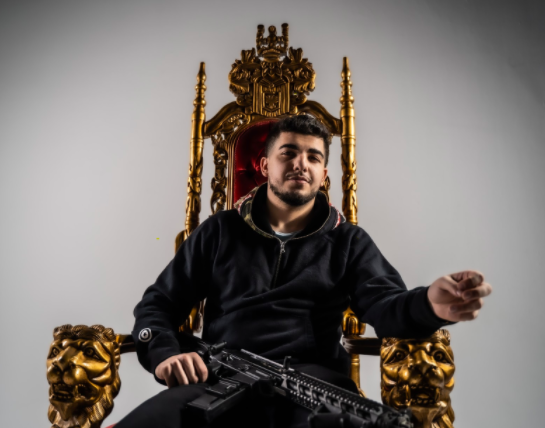 Music is a universal language. Yet not often are audiences exposed to music that can cater to global audiences. When artists can create fan bases in various places in the world, one knows that he or she has the potential to become an international hit. When one encounters rapper Its Ibby, that’s what listeners get.

Its Ibby is a US-based rapper with Palestinian roots. He has lived in two different countries that are considered opposites. For the first part of his life, Its Ibby grew up with the Near East Asian culture Abu Dhabi as a background. He then later moved to Texas in the United States. The influences he had were dramatic contrasts, but Its Ibby has married the two into a personality and sound that caters to global audiences.

While mostly creating, producing, and recording content for American audiences, Its Ibby has a substantial German fan base as well. The artist believes that his broad perspective gained from living in different cultures has given him an edge when playing music for a global audience. With that in mind, Its Ibby is ready to take his music to the world.

Its Ibby has written and released three songs: “Hol’ on Wait,” “Talk My Shit” featuring another artist J Bentayga, and “More Life” featuring Lil Chuckee. Its Ibby has significant plans to drop new songs in upcoming days. He and his team are also currently working on a music video for his hit single “Hol’ on Wait.” The video was shot by shot by 4EZ and will be released soon.

Working with multi-platinum producers, such as Trellgato and Brackz, Its Ibby aims to be the best. Although already talented beyond measure, he acknowledges that everyone has to have room for improvement, even the best of the best.

As a self-made artist, Its Ibby finds inspiration in his journey and progress. His love for art and music is what drove him to work hard and put all his strength and energy into developing music that people from all over the world will love. The artist hopes that one day, he will grow a solid international fanbase beyond Abu Dhabi, the United States, and Germany and inspire more people all over to pursue their dreams. Its Ibby doesn’t work for fame or perks. He is motivated solely by his dreams of making quality music while also earning a decent living while doing so. The artist doesn’t ask for much: just a simple lifestyle and the chance to keep doing what he loves most.

A college graduate who finished with a degree in industrial, manufacturing, and systems engineering from Texas Tech University, Its Ibby has a message to the youth: stay in school. These days, dropping out of college seems to be all the rave, but the rapper says that making it as a successful dropout isn’t everyone’s story. He encourages younger audiences to finish their education to the degree that they can as it builds a strong background to fulfill their goals in life.

To learn more about Its Ibby, and to get access to his music, check him out on Instagram, @_itsibby_ and Spotify.