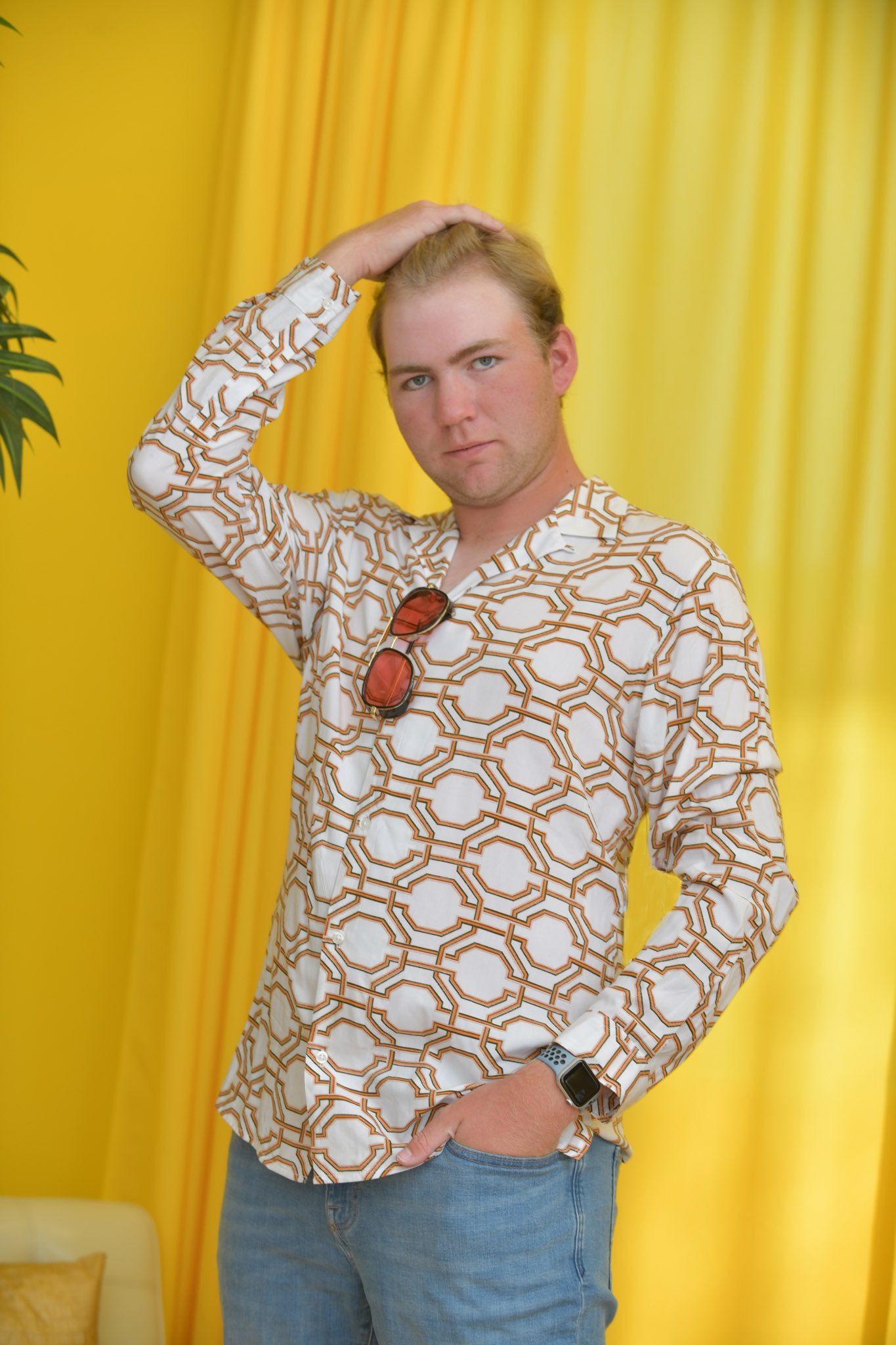 Connor Dean is an actor, podcast host, producer, and athlete best known for his breakout role as Butch the Bully in the Cool Cat Movies that have become a cult classic. This week we were able to sit down with Connor to discuss how he got started in his entertainment career and what’s on the horizon for this Santa Clatita resident.

Tell us something about your childhood. How do you see the connection between your early childhood and your inclination towards the world of the performing arts?

I was born in Florida, but split my time between Florida, Washington State, and California. My family owned roller skating rinks in different states so we traveled a lot.  Every Friday was family movie night no matter where we were and from the time I was little I was exposed to a lot of different films from all genres. I was always fascinated with television and movies, especially Star Wars!

How did you land into the field of the performing arts?

I think it was inevitable. Once my brother got into acting and performing I decided I wanted to try it too. I found it fun and I’ve been doing it ever since.

How did your career get started? What was the pioneering step you took in the field of acting?

My first job was for a YouTube commercial. I auditioned with hundreds of other kids, including my brother, but they picked me. I was only 3 years old. It was a lot of fun! After that I started booking more roles in short films, television, and movies.

Which performance of yours do you consider the most sensational?

I think my fans would say that my performance as Butch the Bully in the Cool Cat movies is my most sensational performance. That film became a cult hit and memes were created of my character. That character is even in the Akinator game! Personally for me,  I  think my favorite performance was the one I did in Jingle Trails streaming on Amazon Prime. Not only did I get to work with a great director, Neil D’Monte, but I also won an award for my work.

You have, no doubt outperformed in your field. Which awards and recognitions have you won for your work?

Tell us something about the role of your family in your profession choice? What was their reaction when you told them that you intend to continue in the  performing arts?

I don’t think they were surprised! My family has always been supportive of everything I’ve done whether it was acting, sports, or music. My mom always drove me (and still does) everywhere I needed to be and helped me with rehearsing my lines or studying the scripts. My dad worked hard to pay for all of the things I needed to do such as classes or equipment. It is really hard to be in this profession without the support of your family. It’s a big commitment for everyone so I am lucky my family always had my back.

Your fans and followers want to know about your fashion choices. How would you explain your style?

My style is a lot of different things depending on what I have to do that day. If I am training for tennis, I wear tennis clothes. If I am going to a red carpet event I like to wear jeans or dress pants with a nice button up. I would say my style is casual, sporty, and a bit retro. 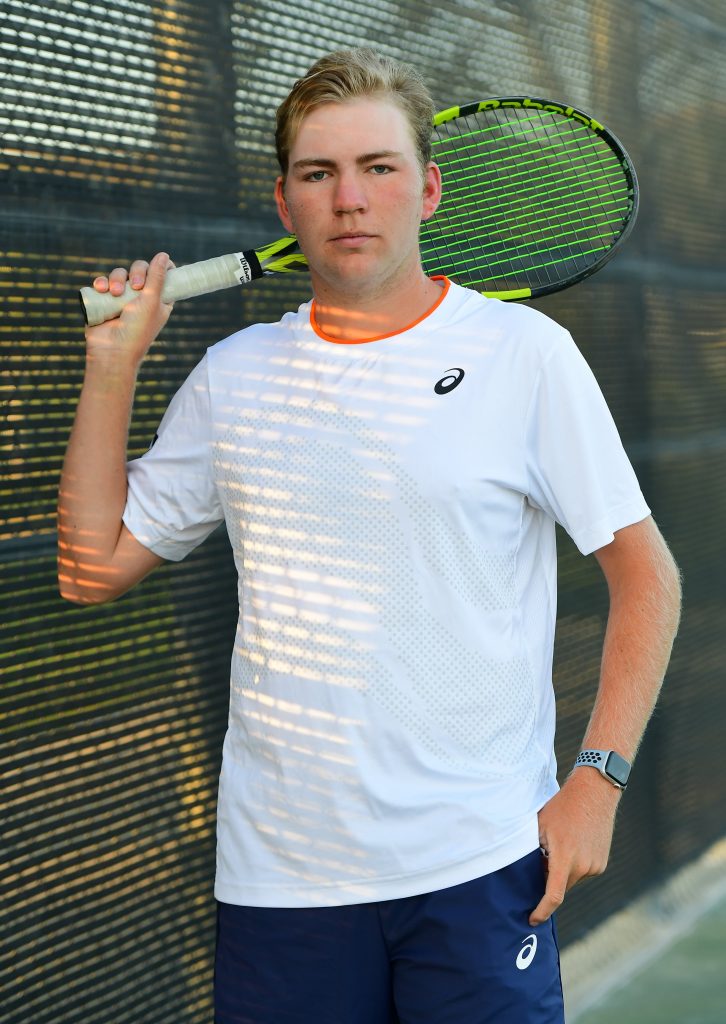 What do you want to do for the world and the people around you? You have already been doing great work. Tell us something about your philanthropic work so that your fans may find inspiration.

I always want to lift people up and inspire them which is why I keep my social media positive.  I believe it is very important to give back to your community and help those that are less fortunate. I am happy to support any charity that asks as long as I believe in the cause. Most often I support charities that work with children, animals, or aid in cancer research. I have gone into hospitals to play video games with sick children and I have worked in animal shelters. All it takes is one act of kindness to start a movement!

What other areas of the arts have you worked in?

I have mainly worked as an actor, but I have studied piano, guitar, and voice. I also write scripts and have my own production company with my older brother called Penny Arcade Pictures.

There are numerous factors which influence a person to step into a particular profession. What influenced you to become an actor?

I would have to say my brother influenced me to become an actor. When I was little I wanted to do what he did. He was into acting so I wanted to be an actor too!

What factors do you consider the most while selecting a character/role?

I have to be able to relate to the character when I am looking for roles. I like to read the script too so I can get a feel for the storyline. I find I’m drawn to characters or scripts that either challenge me as an actor or make me laugh.

Some performers are inspired by nature, others by the social conditions around them. Where do you draw inspiration for your performance as an actor?

I find my inspiration as an actor in real life experiences. I often draw on something that has happened to me personally to help me get into the character..

You are really very active in sports. How did your interest in Tennis develop?

When I was little my parents had me play all kinds of sports such as soccer, baseball, basketball, and tennis, but it was tennis that I really loved the most. I love the feel of the racket hitting the ball when you make a great shot.

Sports and entertainment are two different extremes. How do you manage between two totally different things?

I don’t see sports and entertainment as really being that different. You have to train for both and you have to give up things to be successful at both. You are always competing against people whether it’s auditioning for a role or playing in a tennis tournament. I think the hardest thing about doing both is the time commitment each of them require.

The details about your upcoming podcast are already out but the curiosity of your fans is touching new highs. What can your fans expect from this podcast series?

I am really excited to announce that the name of my podcast will be “In or Out with Connor Dean” and is part of the BLEAV network. The podcast is going to be about tennis (of course) talking about players, training tips, upcoming tournaments,etc, but I will also be discussing upcoming movies or games that I like as well.

Your fans are curious about which personalities and celebrities will you be hosting in it?

Will they be from Tennis or entertainment?

My guests will be from both the tennis and entertainment industry. I will bring on coaches, players, trainers as well as interviewing actors from upcoming movies, television, or video games.

You are a public figure and wield a considerable influence on your followers. What do you hope for your viewers to take away from your performances?

I hope my viewers will be inspired, be entertained, or even learn something new.

Keeping in view the curiosity of people, what milestones do you predict your new program will reach?

I am not really sure how far this podcast will go, but I am definitely excited for the journey!

You might be working on various projects at the moment, as many successful performers do. Then, what is the reason that you prioritized the podcast?

Since the pandemic, I have always wanted to start a podcast because I am also interested in sports broadcasting, but the timing wasn’t quite right. This opportunity came at the right time and I decided to give it a shot.

The audience is interested to know about the details of the process through which you come up with such masterpieces. What is the creative process behind your performances?

Can you tell us more about the production process of podcasts and how are they different from acting?

Creating a podcast takes a lot of time to plan and organize. I have to create an outline for how I want each episode to go and coordinate scheduling guests. When I have guests on the show I have to research each guest and create some questions for them. Once the podcast is recorded I will have to edit the episode as well. As an actor you really only have to worry about yourself and your lines, but for a podcast I have to do it all!

As said earlier, the successful performers work simultaneously on different projects. Speaking of the future, can fans look forward to more acting performances from you in coming years?

You never know! I am working on a few scripts at the moment which I hope to finish soon.When they are done I will work on getting them made.  I am also interested in doing more voice acting work in the future so keep your ears open you may recognize my voice in some upcoming projects!

No doubt, this interview is primarily for your performance in entertainment and tennis but the viewers are also interested in knowing more about you. Tell us something about yourself that people do not know so far but they will be amazed to know.  Any surprises?

I know I mentioned my family owned roller skating rinks so I have been on roller skates since I was about 1 years old. They might be surprised to know that I have been  playing Blackjack and Texas Hold’Em since I could talk! I also love word games and trivia and I am a huge fan of the television show Friends.

My acting teacher always told me “What you believe you can achieve”. I think this is so important to remember because they only one that can limit you is you!