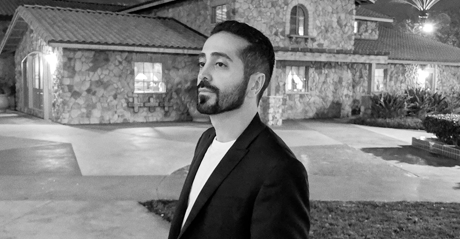 From his charismatic place in the heart of Hollywood, chart topping artist Vin Bogart is currently in talks to tap into shooting his first feature from a script he also penned. Already an established name around Europe and the US, Bogart has his eyes set on a deep dive into Hollywood

Although the details of the project have yet to be revealed, there are talks in the industry that the project revolves around similar themes discussed in his music. Similar to his lyrics detailing a spiritual path towards enlightenment, the feature is aiming to take a plunge in the same vein that established his presence in the music industry.

A few years working as a music video director paved the way for his filmmaking career, even after taking a detour to establish his presence a force in the music industry. Uniquely combining a mix of genres, Bogart overcame the market hurdles and topped the Billboard 100.

It appears he aims to do the same in Hollywood, gently establishing himself as a multi faceted artist who will be seated in the director’s chair. His magnetic performances in concert will surely lend themselves well behind the camera, potentially churning out an enigmatic hit in the vein of his music.

From the few details revealed about the project, it is only known that he will also helm as writer and editor, but has yet to cast the major roles. It has been suggested that he may also play a secondary role in the film, to help establish the films success in Hollywood. One thing that can be for certain is that the project is sure to turn heads, in and out of Hollywood.