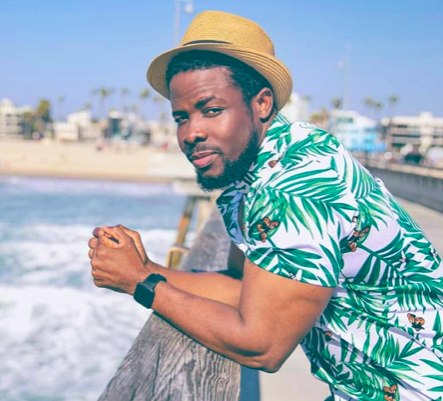 The name Di Higrade is not foreign to the world of music, especially to those who have been eagerly waiting for the artist to release some more party bangers. It has definitely been a while since something from the artist hit the music markets, but he’s coming back with a storm this time!

Di Higrade is one of the few musical artists who don’t just create music, but they are also very passionate about it and hope to make a difference with their pieces in the world. Di Higrade’s love for music evolved from when he was just a child. Even then, the dedicated artist knew music was more to him than just tunes and lyrics. He felt like music was a piece of him and he decided to dedicate the rest of his life in sharing that piece with the entire world.

On August 26, 1989, Di Higrade, birth name Roger Akutcha, opened his eyes in Tema, Ghana. Unlike most of the people in the world, Di Higrade’s childhood was not what anyone dreams of. The artist was left without parents when he was just a child and growing up in a developing country, all alone, with no one to look after him was pretty harsh.

Even then, the artist dared to dream. Standing tall amid all the difficulties he was facing, Di Hirgade found his home in music. The child would spend several hours of the day listening to music, enjoying the songs, and humming to its tunes. His happiest memories of the days are attached with music, where he would be lost in his own world and had nothing to worry about.

It wasn’t long before Di Higrade set his heart out on writing his own songs. (No surprise there!) The artist was only ten when he had completely created a piece of music. Di Higrade put on a whole show for his friends, where he sang and performed in front of them. His friends were stupefied!  The crowd cheered him on, and that is when he realized how truly passionate, he was about writing and creating songs, and even more so to perform in front of large crowds. Knowing that his world had changed forever, Di Higrade made up his mind to make a difference with his music.

Growing up, Di Higrade would listen to various popular artists like Bob Marley, Vybz Kartel, Movado, Shaggy, Sean Paul, and many others. The instinct to turn to the Afrobeat genre appeared quite natural to the artist. Di Higrade decided to pursue creating songs with a fusion of Afrobeat and Dancehall genres.

The artist gave life to his music through his life experiences. A firm believer that music unites people, the artist felt the urge to give the world something that would help them get comfort, just like he had once as a child. The artist once said, “Going through the experiences makes me appreciate life more. Life is a beautiful struggle. I always put these experiences into music to send my story out there.”

The artist created several songs combining the two genres, which gave the listeners something unique to listen to. In 2015, Di Higrade released his single HTML, an abbreviation for Hello To My Lover. The song was released under the label Tubhani Muzik, with Owuraku of Butterfly Concept Entertainment as the director of the high picture quality and the classic video of the song. Hello To My Lover is a classical ballad, a love letter for the artists yearning to see their lover.

Soon after, the artist released two more singles, ‘Obsession’ and ‘Party Time,’ on the Christmas of 2016. Both the tracks are Dancehall bangers, Obsession, being produced by Denswag, and is dedicated to all the hot girls across the globe! The party song, Party Time, was produced by “Go Low” hitmaker, Tubhani Muzik, and is dedicated to all party-goers! The same year, Di Higrade released three more songs, 90’s, Prove Dem Wrong, and Enemies, all of which are known for their silvery vocals and unique melodies.

WHERE THE ARTIST IS NOW

Passionate and ambitious, Di Higrade was more than happy to achieve the one thing that he was always fond of. However, he knew that he needed a fallback plan, and that wasn’t a problem for the artist as well, since, from the age of 17, Di Higrade had been repairing computers.

After the artist released his first single, he joined the Business Information Technology Undergraduate Program at NCC Education UK, in 2015. Knowing the demand to be competitive in the industry, Di Higrade also enrolled in acquiring top IT Certifications. In 2018, after finishing the Business Information Technology Undergraduate Program, Di Higrade finished several IT Certifications, which included; Cisco Certified Network Associate Routing and Switching (CCNA), Microsoft Certified Solutions Associate (MCSA), CompTIA A+, and CompTIA security+. Since the jobs demanded undivided attention and time, the artist couldn’t dedicate time to creating and producing songs.

Aside from being a tech-junkie and a dedicated artist, he is also a generous human being. He deeply grieves for those suffering due to poverty and says, ‘Can you imagine what it’s like to not have enough food to eat and go to bed hungry at night? Poverty is not a joke.’

As of today, the artist himself has made sure that he is working on an EP and his music will be released pretty soon!

Overcoming all the hurdles in life, rapper Polo Boyd is rising as one of the top rappers of the US

John Jay, a Pop and R&B Star is a Hope for Struggling Music Artists