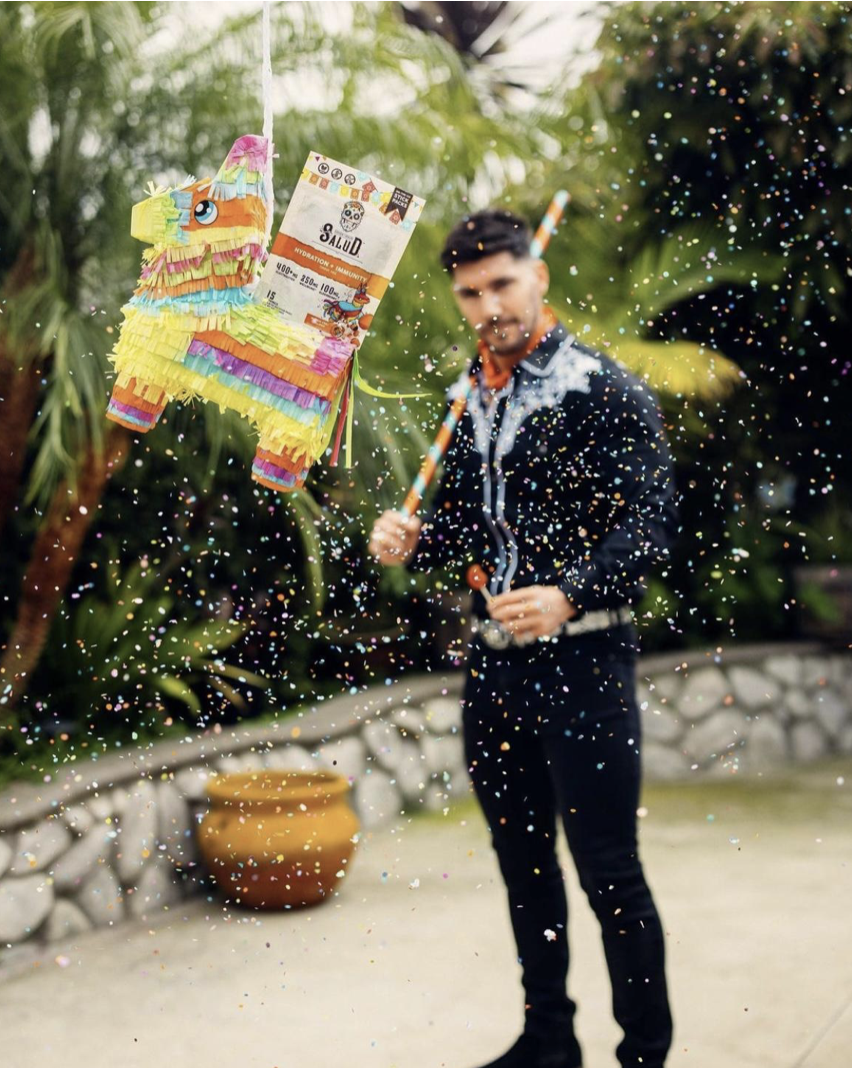 When you’re roving this summer, it’s best to travel lite and keep the essentials close at hand. One such provision is optimal hydration, because we all know the earth is heating up faster than we can keep up with. Staying replenished sounds simple enough, but it’s easily one of the first things we forget to do whether at the gym, by the pool, or hiking in the high desert. Taste Salud, the LA-based beverage company, is making this task a little more accessible for us with their ultra-quenching aguas frescas built to sustain and propel your next adventure. Having only been in rotation for one year, the standing power of Taste Salud and the culture that surrounds it points to our body’s craving for fast, efficient revitalization when we work hard and play harder, and as summer rotates over the fire pit, we could all use a little more fiesta in our day-to-day grind.

Harnessing the flavors of his Mexican heritage, Josh Leyva, co-founder of Taste Salud, sought a better class of beverage powders that weren’t available on the market just a year ago. Most sports drinks and their counterparts are loaded with sugars and artificial sweet-nothings that do very little to tackle the issues they seek to alleviate. Leyva remembered the colorful hues of his childhood, soaked with the traditional aguas frescas found in Hispanis communities. These beverages were homemade brews of fruits, vegetables, and spices that brought people together over a moment of rest, and this was something Leyva wanted to see more of in our modern societies. In June of last year, Leyva teamed up with Tyler McCann, a fellow athlete with a strong background in sports nutrition, to lay the initial plans of what would eventually become Taste Salud’s first collection of drink powders. A year and some change later, the duo have perfected their recipes for a batch of simple brews that contain nothing but the good stuff. Every Taste Salud packet amounts to 6g of vital nutrients and only 1g of sugar, compared to other market offerings which typically bubble with at least 11g of artificial sugars. 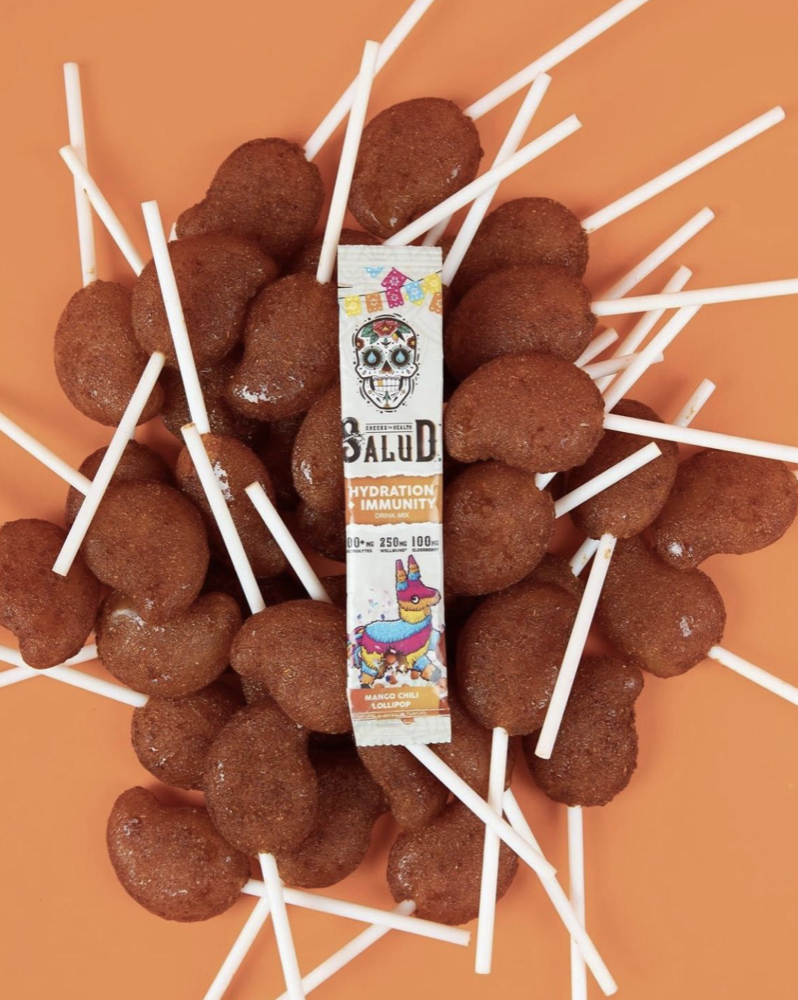 Among their beverage brigade, one of the showstoppers to make the team is their Sandía | Watermelon blend, initially introduced as an exclusive collaboration with friend and fellow content creator, Sebas Robles, host of the “La Platica” podcast. However, upon release, the mixture was met with a tsunami of praise and sold out within the first 24 hours. Unsurprisingly, Leyva and McCann decided to give this blend the proper Salud treatment and relaunched Sandía | Watermelon on June 1st, just in time for summer fun.

Taste Salud’s other dynamic flavors have been met with similar excitement. They include Jamaica | Hibiscus, Horchata, Pepino Limón | Cucumber Lime, Mango, Tamrindo, Piña | Pineapple, and Mango Chili Lollipop. Truth be told, what Taste Salud brings to the table is more than just quality-crafted aguas frescas. Building a community of driven individuals who like a little spice in their step is at the core of Salud’s mission, running parallel to the goal of hydrating the nation one sip at a time. Additionally, Taste Salud is bringing culture back into the fold. Beverage markets often lack personality and traction in their identity, two things that Taste Salud reserves in abundance.

Leyva is well known across social media channels for his warm approach to fitness and healthy living, amassing nearly 600k followers on Instagram alone. Leyva is a familiar face in entertainment circles, and as such offers a friendly connection to Taste Salud’s network of doers and dreamers. This is part of what separates the brand from other wellness outfits, their ability to serve as a co-pilot on your next adventure peppered with authenticity and sincerity in their product design. A Taste Salud packet is a definite crowd pleaser and loves to come along for the ride. The packets are easily concealed into your purse, pocket, duffle, or fanny pack for immediate access when you need it most, so staying hydrated is as simple as shaking your water bottle or stirring your smoothie. 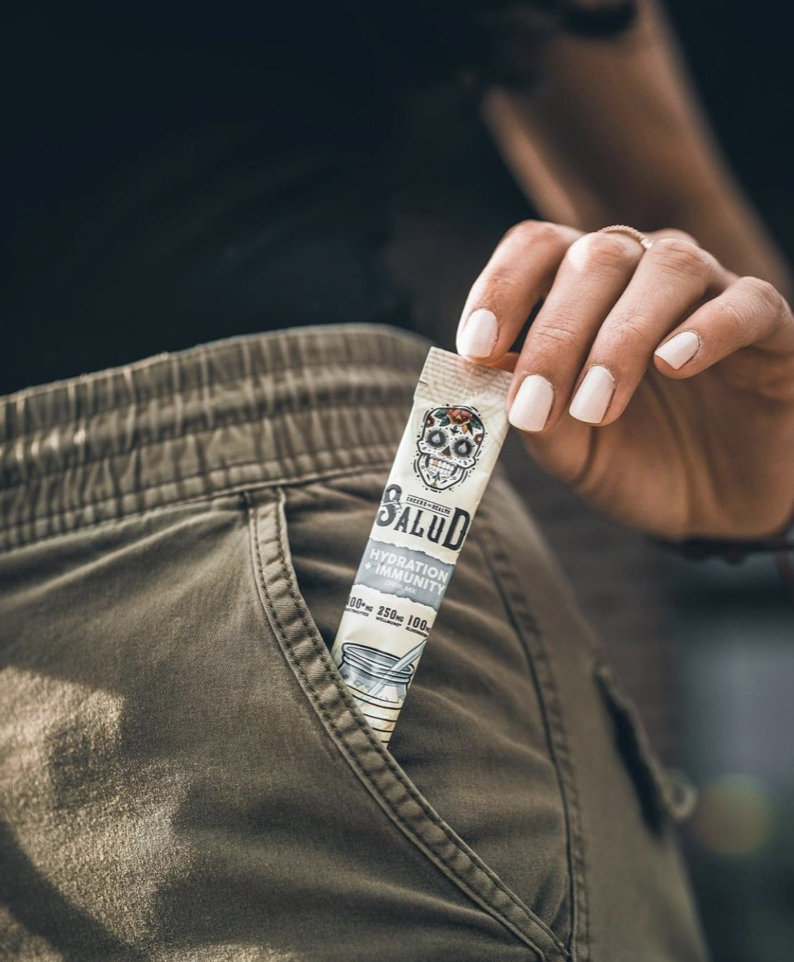 So, how do you Salud? The beauty of this brand is their versatility and application to a myriad of vessels and occasions. Horchata is a fan favorite and pairs perfectly with popsicle trays or a late afternoon iced coffee. Another gamechanger, the Cucumber | Lime blend, invites a cool, aerial palette with a gentle sweetness that enhances your favorite kind of mojito or margarita. And the Mango Chili Lollipop? We’ll leave that one to your own discovery.

Taste Salud makes healthy living a breeze and something we can look forward to. Their simple design and execution of hydrating beverage powders is singular against a California sunset, and with summer in full swing, you know you can’t leave the house without a fresh perspective for your weekend hike.