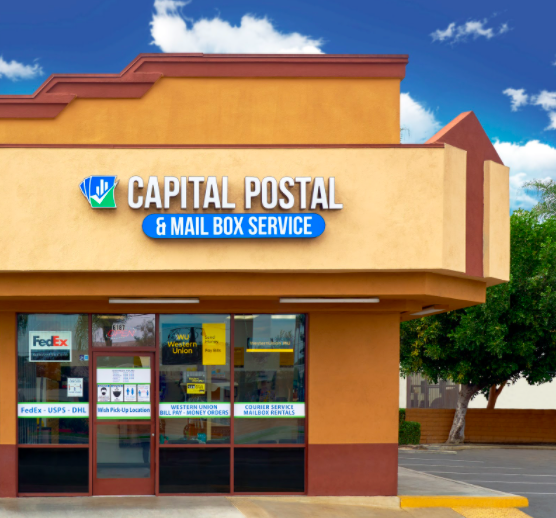 Being the first black woman to own a franchise in the shipping and mailbox center industry is one of the proudest things Takisha Clark has done for herself. More important is the fact that establishing Capital Postal & Mail Box Service has turned her life around and set her on track to making a name for herself. Capital Postal & Mail Box Service is a company that offers services like shipping, packaging and supplies, mailbox rentals, mail drop-off and pickup, notary, auto registration DMV services, courier services, document lamination, passport photography, full printing services, document scanning, and copies and faxes.

Takisha Clark’s sight is so fixated on getting to the top that she covers all the bases in the mailbox and shipping business. When asked, she said she would like to make her company the top shipping company in the United States and the world. The company is all about delivering convenience, which has been the major focus since it commenced operations in 2017.

Being a career businesswoman, Takisha Clark experienced success in business at a young age, lost it all when life dealt her a heavy blow, spent years rebuilding herself, and is now climbing the ladder to corporate success. She has left a trail of lessons in her wake and wants anyone who hears her story to see where she is coming from and the things she has been through. From starting her daycare business at the age of 22 to owning three homes by 24 years old, Takisha lost them all and became homeless when she was 26, and she lost her sister in a car accident. It took her another four years to get herself back up and go into business again. Her primary goal was to start a business to help people through her services and job provision. She started by buying into a tax franchise called Liberty Tax Service, where she learned everything about franchising and owning a corporate company.

Shortly after, she started her own tax business called Good Faith Tax Service, which she just closed down recently. She started Capital Postal & Mail Box Service four years ago, and that has been a major step in the right direction for her. She has successfully franchised the brand in every state in the United States except California, which will launch in a few months.

Takisha’s goal is to build Capital Postal & Mail Box Service into a Fortune 500 company. She wants Capital Postal & Mail Box Service to be in conversations about the biggest companies in the world. In her words, “I always wanted to build and have my own brand just like the other big brands out there. I am self-motivated and driven. I want to prove that I can do it too, just like them.” Takisha knows there are many women going through the worst phases of their lives but need something or someone to push them to get to work. Takisha hopes to be that person for a lot of people and that’s one of the reasons she’s chasing success madly.