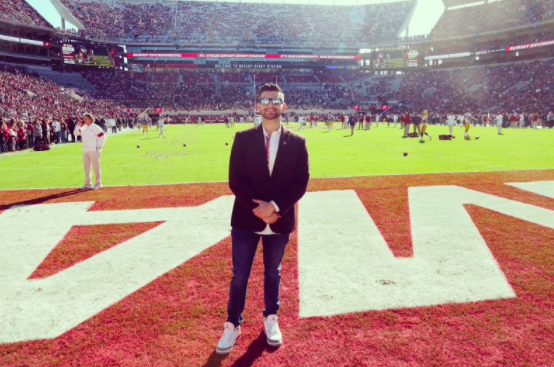 The global sports market was valued at approximately $471 billion in 2018 and is expected to grow to $614.1 billion by 2022. Typically when you think of Sports, you think of the athletes who are always in the spotlight. Almost equally as important as the athletes, you have to factor in the business minds behind the scenes making everything happen. Brennen Creer is one of those business minds you need to know. He’s an entrepreneur who has dedicated his relatively short business career to sports and has established himself as a well-respected figure in the industry.

With his intelligence, charm, and business IQ – this 28-year-old entrepreneur has achieved a wealth of accomplishments in various sports-related niches such as mobile apps, nationally recognized college football awards, and athlete charity organizations. These accomplishments caught the eyes of prominent media news outlets such as Forbes, Yahoo Sports, The Associated Press, and Business Insider.

Brennen graduated with a bachelor’s degree from Utah Valley University in 2016, which is the same year he began his journey in sports business. He helped start a company that launched a sports app that ended up having huge success, gaining over 1.5 million downloads and reaching over 200 countries worldwide. Brennen helped develop and manage all the relationships with their elite professional athlete partners, who played the app with fans in a social environment.

Another project Brennen is working on is a podcast titled Changing the Conversation, that launched this year. Brennen Creer holds family and faith in high regard, and he believes that these should be the priority in any endeavor. In this podcast, he co-hosts with former NBA player Kelenna Azubuike, they interview professional athletes about faith and family. This series is ongoing and boasts of a prestigious guest list: Super Bowl Champion Heath Evans and NBA All-Star Allan Houston are only some of them.

Going by the theme of family and faith, Brennen Creer is also the co-founder and CEO of a nonprofit organization working with professional athletes. The Athletes’ Corner was co-founded in 2019 by Brennen Creer and Kelenna Azubuike with the primary objective of intersecting faith, family, and sports by empowering athletes and their families. As they work with the foundations of professional athletes, the organization hopes to uplift families and strengthen their faith.

In addition to founding The Athletes’ Corner, Brennen Creer has brought himself up to the executive level with his sports accomplishments. The Maxwell Football Club is the most prestigious football club in America, and he serves as vice president of marketing and media relations and is their youngest executive. At the same time, he is the vice president of The Shaun Alexander Award, a new award named after the 2005 NFL MVP, Shaun Alexander. This award is presented to the best freshman player in college football.

Brennen Creer lets his achievements speak for themselves. Most people only dream of the path Brennen is trailblazing, but he continues to move forward and defy the odds with his capabilities. Visit his Linkedin to learn more about his accomplishments and follow him on Instagram to keep up to date with his latest activities.